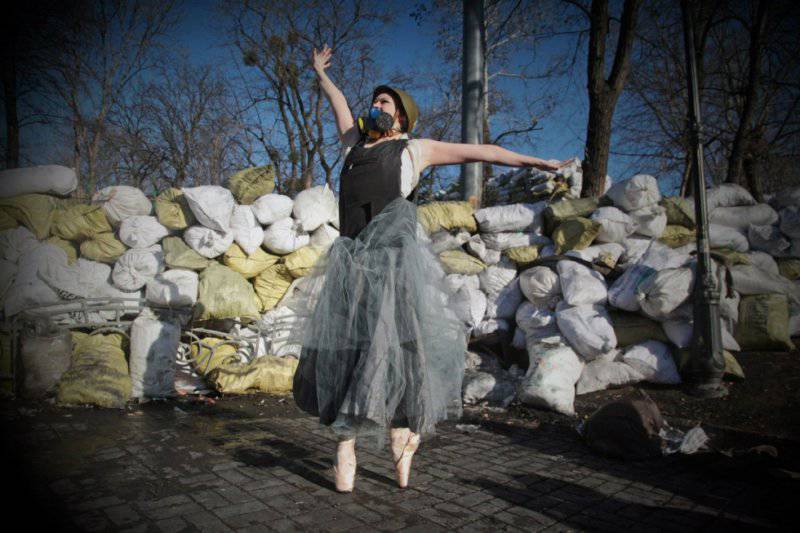 The emergency situation continues to develop in Ukraine. Fires and riots swept the center of Kiev. Cities in the western regions of the country turned into strongholds of nationalist-minded radicals, who smash government buildings and deal with the authorities.
In a number of state institutions in the eastern and south-eastern parts of Ukraine, urgent briefings are given on the rules for countering the occurrence of fires and the rules of conduct during an emergency. Underway development of documentation for civil defense and emergency situations specialists in other regions.
On Saturday night, radical formations took control of the entire government quarter of the capital of Ukraine. People who call themselves soldiers of the people's self-defense, began to patrol and "protect" the building of the Verkhovna Rada. Representatives of the Maidan declare that they called on the police to go over to their side, and then they guarantee freedom and security to the police officers.
At the same time, over the last night in Kiev, more than 40 employees of the “Berkut” and soldiers of the Internal Troops suffered. Several dozen people were seriously injured among the radicals. The barricades passed from one side to another, and in the end even the fortifications that were erected by the forces of law and order were seized by extremists who call themselves freedom fighters.
Political scientists from different countries of the world, continuing to assess the situation in Ukraine, put forward different versions of the future scenario for this state. There is an opinion that if Yanukovych gives up power, Ukraine will already cease to exist as a single state. The unity of the country can still be saved by federalization and restoring order with a hard hand, otherwise chaos will continue. The reasons for this judgment are that, after a series of riots and applications weapons in a number of other countries, the chaos in these countries only increased over time. A similar situation could be seen in Yugoslavia, Libya, and Egypt. If Ukraine goes according to the same scenario, a hot spot will appear in the very center of Europe, which can hardly be resolved without bloodshed. The loosening of the situation in Ukraine is taking place according to the same laws, according to which it attempted to be held in Moscow in the 2011 year. Only in Moscow coped with the unrest, but in Kiev - no.
Ctrl Enter
Noticed oshЫbku Highlight text and press. Ctrl + Enter
We are
Day of fire protection. How the fire brigade of Russia was created and strengthenedFrankfurt riots
Military Reviewin Yandex News
Military Reviewin Google News
2 comments
Information
Dear reader, to leave comments on the publication, you must sign in.