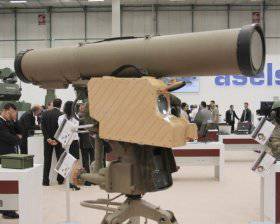 Egyptian Defense Minister Abdel Fattah Al-Sisi, who intends to run for the upcoming presidential elections, wants to have time to conclude an agreement on the acquisition weapons Russia before the election campaign officially begins. This was stated in an interview with the radio station “Voice of Russia” by an Egyptian military expert, retired general Husam Swaylam. To participate in the presidential race, which starts in March, Al-Sisi will have to officially leave the post of Minister of Defense.


Therefore, the Egyptian expert believes, Al-Sisi paid a visit to Moscow and held talks in February, while still holding the post of minister.

“Abdel Fattah Al-Sisi should have had time to pay this visit as the head of the military department. There is not enough time to prepare for the presidential election - in a month he will have to take off his military uniform. And he will have time to conclude arms deals while he is still“ - explained General Swaylam.

The expert confirmed reports that Egypt’s purchases of Russian weapons will be financed by Saudi Arabia and the United Arab Emirates.

“Last week, just before our two ministers (defense and foreign affairs) arrived in Moscow, the chief of staff of the Egyptian army traveled to Saudi Arabia and the United Arab Emirates. There he discussed the financial aspects of this deal, which will be paid in installments. 2014 d. The amount of the transaction will be 2 billion US dollars, it will be paid by Saudi Arabia and the United Arab Emirates. This will be a gift of these two countries to the Egyptian people, "said a retired general.

According to him, Egypt did not go on a military deal with Russia. Over the past decades, Cairo has bought weapons from the Americans. But the United States condemned the overthrow of Islamist President Mohammed Mursi last July, and suspended military aid to Egypt.

"The visit of the Egyptian ministers to Moscow is to some extent a response of the United States, which continues to support the Muslim Brotherhood, which the Egyptians overthrew, and also a response to the freezing by the Americans of military cooperation with Egypt. Thus, we have not received 120 tanks Abrams, 21 F-16 fighter jets, 12 Apache helicopters. Now we are trying to withstand American pressure and support Egyptian sovereignty, "General Swaylam emphasized.

At the same time, he noted that the deal with Russia does not mean a break in military cooperation with the United States. “We don’t want to stop relations with America at all. Cairo simply creates a new balance in relations with two world superpowers - the United States and Russia. With China, by the way, we also intend to cooperate,” the Egyptian expert explained.

He said that, according to his information, within the framework of the agreements reached, Russia will supply Egypt, in particular, the 24 fighter MiG-29, second-generation Cornet anti-tank missiles, the Tor-M1 air defense missile system, and 8. "We asked C-17, but I do not think that Russia will give it to us now," the former military man believes.

The agreement in Russia is aimed at upgrading the equipment of the Egyptian army, the expert said. "At the moment we have about 40 percent of military equipment - these are old modifications of Russian systems and vehicles, such as the MiG-21, for example. We are striving in the future to get the right to manufacture and assemble weapons in Egypt, and also to start producing spare parts for the American weapons. Thus, we will move on to a real diversification of arms sources, "the Egyptian general told Itar-Tass.

Ctrl Enter
Noticed oshЫbku Highlight text and press. Ctrl + Enter
We are
Everything is at home: Turkey is committed to an independent military industryOn the issue of contracts of Russia and Egypt
Military Reviewin Yandex News
Military Reviewin Google News
11 comments
Information
Dear reader, to leave comments on the publication, you must sign in.