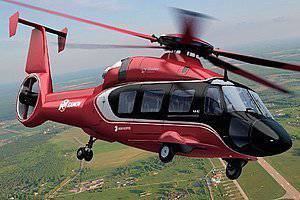 RT-Chemcomposite Holding has successfully tested the strength characteristics of a unique organic-organic bird-resistant triplex for the new Ka-62 multi-purpose helicopter produced by the Russian Helicopters holding.


The nose of the helicopter’s fuselage was delivered to the landfill of the Obninsk enterprise “Technology”, which is part of the holding company RT-Chemcomposite. Created by the scientists of the enterprise, the glazing of the frontal part of the fuselage withstood the simulation of a collision of a helicopter with a kilogram bird at a speed of 270 km / h. After the impact, the glass did not completely lose its optical properties, having avoided not just a continuous breakdown, but even partial destruction of the layers.

In the opinion of the management of RT-Chemcomposite, a successful experiment can be considered the completion of the first stage towards the creation of heterogeneous electrically heated bird-resistant glass.

According to existing aviation requirements, the pilot after such a collision should be able to continue the flight for at least 2 hours. Thanks to the triplex created at Technologiya, the flight can continue until the final fuel production.

The upgraded polygon of the Obninsk enterprise, equipped with high-precision measuring equipment and pneumatic installation, makes it possible to recreate the conditions for a collision with a bird in the most realistic way (up to taking into account the pitch of the helicopter). For the first time in domestic practice, the glazing was exposed to shelling while being installed at a regular place - the nose of the helicopter's fuselage.

The Ka-62 is the newest multi-purpose helicopter manufactured by the Russian Helicopters holding, the first prototype of which was presented at the MAKS air show in August 2013. The helicopter is created using the most modern technology and in accordance with high international standards of reliability and crash resistance. First time in stories Domestic helicopter Ka-62 created in the framework of a broad international cooperation. The main applications of the helicopter include transportation of passengers, rescue operations, as well as work in the oil and gas area. Thanks to its spacious and comfortable cabin, the Ka-62 is perfect for corporate travel.

SSC RF JSC "CVTs Technology" - an enterprise, part of the holding company "PT Himkompozit" engaged in conducting scientific and applied research and innovation in the field of new materials, unique designs, technologies and mass production of high-tech products made of polymer composites, ceramic and glass materials for space, aviation, land and water transport, energy and many other industries.

Rostekhnologii State Corporation (Rostec) is a Russian corporation established in 2007 year to promote the development, production and export of high-tech industrial products for civil and military use. It includes 663 organizations, of which 8 holding companies in the defense industry complex and 5 - in civilian industries are currently formed. Rostec organizations are located on the territory of 60 subjects of the Russian Federation and supply products to the markets of more than 70 countries. Rostec's revenue in 2012 amounted to 931 billion rubles, net profit - 38,5 billion rubles. Tax deductions to budgets of all levels exceeded 109 billion rubles.