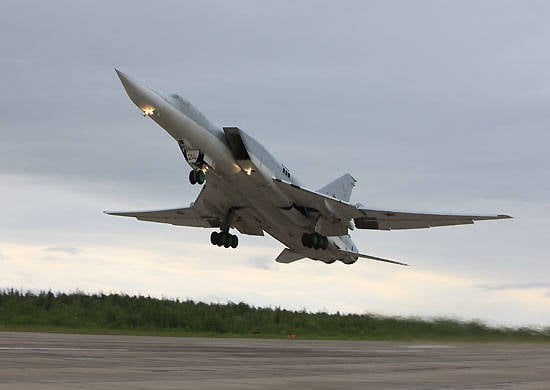 In the Armed Forces of the Russian Federation in 2013, the number of flight accidents decreased by almost three times, Interfax reports, which was announced on Tuesday by First Deputy Defense Minister General of the Army Arkady Bakhin. “In 2013, the flight security service of the Armed Forces, independent of the Main Command of the Air Force and Navy, was revived. Introduced staff members who have passed the specialization. As a result, we have reduced flight accidents by a factor of three in the 2013 year, ”said Arkady Bakhin after a conference call at the Ministry of Defense. He also said that in 2014, a unified flight safety center will be created in the Armed Forces, which is currently in the process of being formed. According to him, this structure will have to monitor in real time the medical condition of the crew, the technical condition of the aircraft, as well as evaluate the flight technical command personnel for the performance of combat missions.


Such innovations are fundamentally important in conditions when the supply of new aviation technicians. In 2014, the Russian army will receive about three hundred new aircraft, as Army General Arkady Bakhin also told reporters. In 2013, the military received over 150 aircraft. And in the beginning of the year, deliveries will almost double. In addition, last year the intensity of combat training of flight personnel increased significantly. According to Bakhin, the raid of military pilots, including young pilots, reaches from 100 to 140 hours per year. “Increasing the intensity of combat training of flight personnel requires compliance with certain safety and preventive measures, aimed primarily at forestalling incidents,” the general noted. The revived flight safety service of the Armed Forces, the unified flight safety center that is being formed, are called upon to create conditions in which the prerequisites for flight accidents will be revealed until the moment when combat vehicles begin to fly into the air.

Ctrl Enter
Noticed oshЫbku Highlight text and press. Ctrl + Enter
We are
Sergey Shoigu during the selector meeting told about the progress of construction and reconstruction of military infrastructureThe action “Military service under the contract is your choice!” In Rostov-on-Don: future contract servicemen, exhibitions and “Russian Knights”
Military Reviewin Yandex News
Military Reviewin Google News
44 comments
Information
Dear reader, to leave comments on the publication, you must sign in.