OPK checked and filed 48 criminal cases. Conclusions: it is necessary to tighten control and responsibility 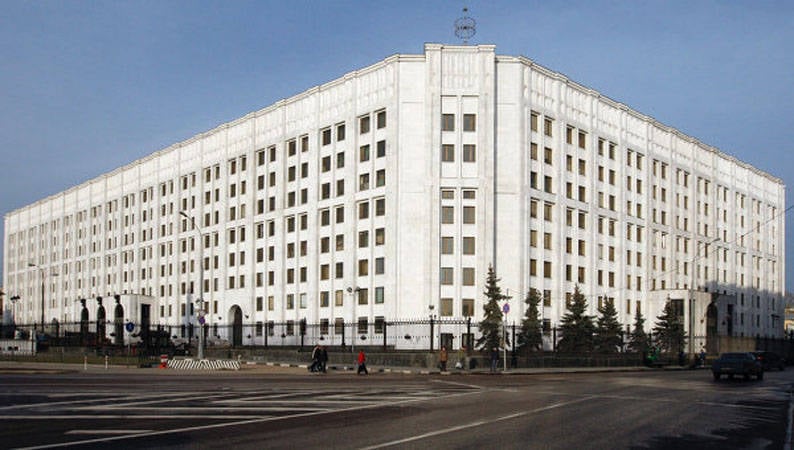 The Prosecutor General’s Office hosted the first joint board of key departments (the General Prosecutor’s Office, the Ministry of Defense, the Ministry of Industry and Trade, and the Military Industrial Commission under the Government of the Russian Federation), where problems in the Russian defense industry complex were discussed. At the moment, a significant number of violations of the law at the enterprises of the military-industrial complex (and mainly during the execution of the state defense order) have been revealed, about fifty criminal cases have been initiated. As a result, it was decided that the relations between the enterprises of the military-industrial complex and the Ministry of Defense need to be adjusted and more controlled.


The fact that the very first inspections at defense companies revealed a large number of violations of the law, said the Prosecutor General of the Russian Federation Yuri Chaika. He recalled that now the authorities are taking significant measures to develop the defense industry and only the state armament program for 2011 – 2020 years provides for the financing of the state defense order in the amount of more than 20 trillion rubles. In this regard, "it is important not to allow inappropriate and irrational use of these funds, to prevent other violations, and, if necessary, take measures to curb them, compensate for the harm caused and bring the perpetrators to justice," ITAR-TASS quotes.

The Prosecutor General also recalled that the oversight activities are held "in pursuance of the instructions of the President of Russia." The revealed violations of federal legislation were most prevalent “during the execution of the state defense order”: deadlines are systematically violated, enterprises that are unable to fulfill contractual obligations independently, and who do not have the necessary licenses, are involved as co-contractors.

In addition, numerous facts of over-pricing of contracts, embezzlement of budget funds are revealed. “Only according to the results of inspections conducted last year in the aircraft building and shipbuilding corporations, 48 initiated criminal cases related to theft, the deliberate bankruptcy of industrial enterprises. More 43 material is at the stage of pre-investigation checks, ”the Attorney General reported.

Chaika recalled that the Prosecutor General’s Office had formed a unit for the supervision of the implementation of laws in the defense industry, a plan was developed for joint activities with the Ministry of Defense, the Ministry of Internal Affairs, the Federal Security Service, the Federal Tax Service of Russia and the Federal Financial Monitoring Service, and an interdepartmental working group was also established.

During the meeting, Deputy Prime Minister Dmitry Rogozin also stressed the need for clear coordination in the execution of the state defense order.

“With regard to various forms of state defense order control, we must first agree on coordination of interaction, the absence of duplicate functions, and that the focus of these verification measures is aimed at increasing the effectiveness of the execution of the state program of armament and state defense order,” he said.

According to Defense Minister Sergei Shoigu, who also took part in the board meeting, the relations between the Ministry of Defense and a number of industrial enterprises need to be seriously adjusted. As he explained, the agency finds a common language with someone fairly quickly, and operational decisions are made, “but there are companies that continue to bargain today — not bargaining, but bargaining,” which is unacceptable.

According to the Minister of Defense, his department has prepared a plan for disbursing funds and obtaining the equipment necessary for the moment to the armed forces in re-equipment and repair. Sun in 2015 should have 30% new technology, by 2020 year - 70 – 100%. In general, describing the state of the equipment of the Russian Armed Forces at the moment, Shoigu cited data according to which the operability of the equipment exceeds 80%, and for some types of weapons - 90%.

The Minister of Defense and project financing schemes touched. As he recalled, today an advancement mechanism operates in practically 100%. “We revised these plans and agreed that 100 percent funding would be in exceptional cases. Therefore, most of the contracts go with advances up to 80%, but at the same time we would like to have clear steps to fulfill and absorb these advances, ”he said and added that the Russian government decided on the possibility of lending to enterprises through authorized banks.

Shoigu also spoke about the restoration of military acceptance. According to him, in fact, more than 2013 thousands of posts in this field were reinstated in 14.

In addition, at the beginning of 2013, the Ministry of Defense announced its intention to free itself as much as possible from functions unrelated to it. “That is why we transfer the 99 industry to the plants of the Ministry of Defense, which are currently engaged in the repair of equipment. We reserved the current maintenance and service repair, ”the minister explained.

ER.RU commented on the results of the first joint collegium of the Prosecutor General’s Office, the Ministry of Defense and the Ministry of Industry and Trade on the state of law in the defense industry complex, Chairman of the State Duma Committee on Security and Anti-Corruption Irina Yarovaya. According to her, there can be no compromises and half tones in monitoring the execution of the state defense order:

- I consider the overall tough, principled position of the Prosecutor General’s Office of the Russian Federation and the Ministry of Defense on the deadlines for the execution of the defense order, the effectiveness of the use of budgetary funds, and the responsibility for contract execution is absolutely correct and I fully share it. After all, here we are talking about the interests of national security, which means that there can be no compromises or half tones in this matter.

Moreover, I believe that our proposals, which have been drafted as a legislative initiative and which will be considered by the State Duma in the near future, will allow us to establish a system of control over the use of budget funds from the moment of the conclusion of the state contract.

As Y. Yarovaya recalled, we are talking about legislative initiatives that introduce the concept of a corruption offense and increase responsibility for embezzling funds of budgets, state extrabudgetary funds and state corporations, funds when executing a defense order, where the subjects of responsibility will be not only officials but also one-day firms. Also, all the subcontractors will be indicated, and not only those who will perform contract work for an amount in excess of 1 billion rubles.