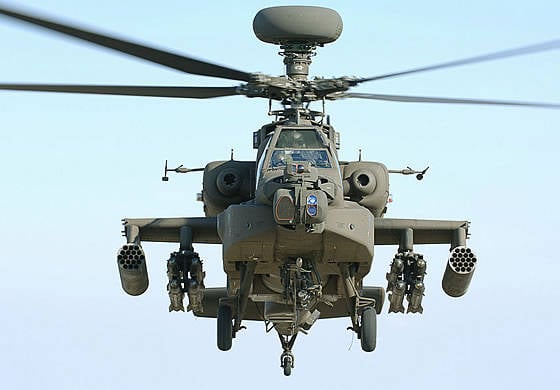 The United States Department of Defense Defense Cooperation and Security Agency (DSCA) has notified Congress of the planned delivery of attack helicopters AH-64E Apache Longbow to Iraq as part of the Foreign Military Sales program.


Taking into account the associated equipment, spare parts and maintenance services, the total value of the contract can be 4,8 billion dollars.

According to the notification, the new helicopters will strengthen the capabilities of the Iraqi Armed Forces to protect against terrorist attacks and conventional threats, increase the security of oil infrastructure and platforms, and strengthen the country's sovereignty. The sale of the AH-64E will contribute to the efforts of the Iraqi Armed Forces to create a fleet of multipurpose attack helicopters that can be used to aviation support, intelligence and combat tanks.

Notification of a potential sale is required by US law and does not mean that the transaction will be necessarily concluded.

Ctrl Enter
Noticed oshЫbku Highlight text and press. Ctrl + Enter
We are
Armored Vehicles Market in the Middle East in 2005-2012 and forecast for 2013-2016Indonesia intends to purchase AH-64D Apache Longbow helicopters in the US
Military Reviewin Yandex News
Military Reviewin Google News
15 comments
Information
Dear reader, to leave comments on the publication, you must sign in.