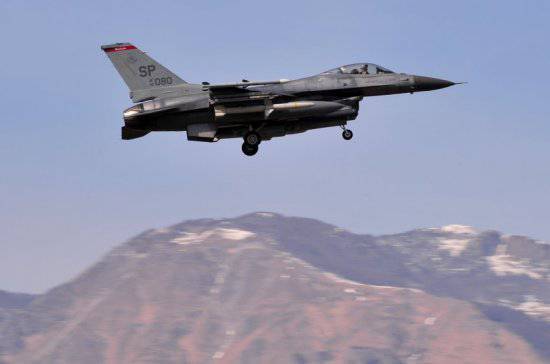 Operation Odyssey. Dawn, which is being carried out in Libya by the armed forces of the Western coalition, has been going on for almost a week. Currently aviation inflicts bombing and missile attacks on the positions of adherents of Gaddafi in Ajdabiya and its surrounding environs.

According to the stories of local residents, three powerful explosions thundered near the eastern entrance to the city. Until recently, Ajdabiya, which is located in 150 km south of the rebel capital, Benghazi, was controlled by government units. On Wednesday, small rebel units came close to her on the part of Benghazi. Taking advantage of the strong air strikes that the coalition inflicted on the defensive positions of government troops located on the outskirts of Benghazi, the rebels sent their forces to the city of Ajdabiya in order to take it by storm and destroy the enemy.

A little later, the headquarters of the rebels received a message that they had managed to advance deep into the city. To prevent bloodshed, Gaddafi’s troops offered to surrender voluntarily.

Al-Jazeera TV company filmed Operation Odyssey on video. Footage appeared on the Internet of how coalition planes destroyed objects of Gaddafi’s forces. The footage of one video shows how a fighter of the Canadian Air Force inflicts a missile strike on the weapons depot located near the city of Misurata. But, despite this, it is too early to say that Gaddafi’s troops are demoralized. At the moment, more than two thousand are still at the disposal of government troops. tanks and about the same amount of heavy artillery.

Supporters of Muammar Gaddafi, who for the past few days have not provided any video frames in support of reports of numerous civilian casualties, have only done it today. So it is reported that the number of dead civilians is approaching the mark of a hundred people. In denial of this information, Western media cite data obtained from the British Foreign Office. So William Hague, head of the diplomatic department of the united kingdom, said that there were no casualties among the civilian population of Libya as a result of the military actions of the coalition forces.

The death of the son of Gaddafi - Khamis

According to the Western media, as a result of one of the missile strikes of the coalition air force in the area of ​​Tripoli, Bab al-Aziziyah, the son of Muammar Gaddafi, Khamis, was killed. This was literally today reported by the TV channel Al-Arabiya. It must be acknowledged that this information is not confirmed. As you know, this is not the first information about the death of Khamis. The first message was published last week, but the government of the Jamahiriya denied all the rumors. Khamis, who turned 32 of the year, is the seventh son of Muammar Gaddafi and is currently leading an elite army brigade that conducts special operations in opposition to the rebels.

Currently, the operation is managed by US military representatives. But from Monday it will go to NATO. This was stated by Franco Frattini Italian Foreign Minister at the EU summit in Brussels. "NATO will assume command already on Sunday, or most late on Monday," Frattini said.

The sky is under lock and key!

NATO's operation to establish a closed air zone in Libya will begin in 48 hours. This statement was made by the representative of the North Atlantic Alliance military command, Jeffrey Booth. The ban on air flights will apply not only to the Gaddafi planes, but also to all planes that are not part of the established international coalition. NATO representatives promise that the use of military force will be minimal, if an intruder is detected, the pilots will first establish radio contact with a potential target, and only then will they decide on the following measures. That is, before you start shooting, they will first ask.

It also indicates that the alliance aircraft have the right to self-defense. This means that if they fall into the sights of the missiles of the air defense forces, then they have the right to open fire first. The number of aircraft that are involved in the special operation "Odyssey. Dawn" is not currently known. There is information that in the sky over Libya, there will always be air reconnaissance aircraft, fighters covering the airspace and three AWACS radar aircraft.

What is the EU seeking?

The European Union aims to achieve the immediate removal of Gaddafi. This information was voiced by Herman Van Rompuy, head of the European Council, at an EU summit in Brussels. In particular, he said the following: "We reaffirmed our specific political goal: Muammar Gaddafi must resign as leader of Libya. We put into action all the necessary means to prevent Gaddafi and the regime created by him from killing his people."

Regarding future diplomatic efforts, the head of the European Council said that they are being prepared in the process of a military operation, which is carried out in full accordance with the UN Security Council resolution and is designed to protect the civilian population. The said resolution, in its assessment, has "historical character. "Thanks to military intervention, in his opinion, it can be argued that" saved thousands of lives. "

Herman Van Rompuy also reiterated the statement he had made the day before that future sanctions against the dictatorial regime of Gaddafi could significantly affect his profit from selling gas and oil. The head of the European Council also mentioned the scale and significance of the task in the humanitarian sphere, which at the moment continues to cause concern.

Diplomacy instead of war

Resolving the crisis in Libya engulfed in flames of war should be based not only on military action, but also on diplomacy. This was announced at today's press conference by French President Nicolas Sarkozy. On the other side of the English Channel, British Prime Minister David Cameron spoke, he noted that everything, including air strikes against ground targets, is being carried out so that Libyans have the right to make their own choice. True, immediately David Cameron expressed a personal point of view: Muammar Gaddafi, in any variant of the outcome of events, must leave. “There is a zone free of air flight, and there are measures for the necessary protection of civilians. Both are extremely important for the implementation of the resolution adopted by the UN Security Council. The Libyan people must choose their own future. We only provide an opportunity to make the choice correctly, and so that at the same time they are not killed. The only thing I want to say to Gaddafi is that he must resign. I think that destroyed Libya has no future with him. 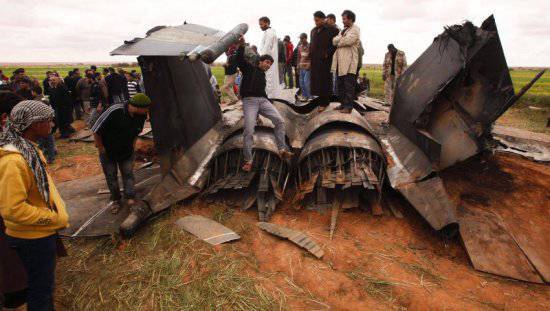 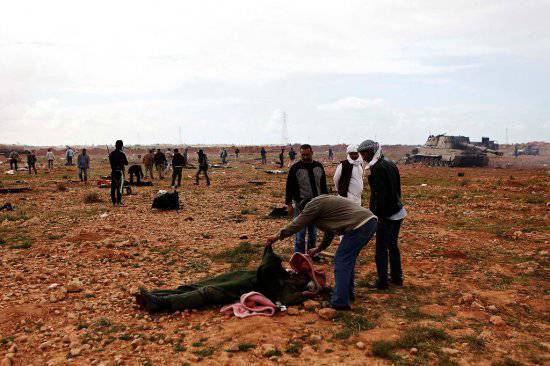 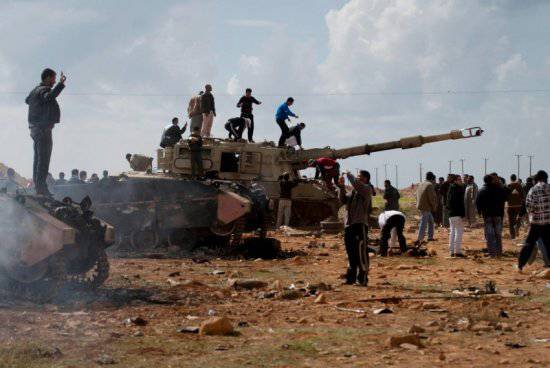 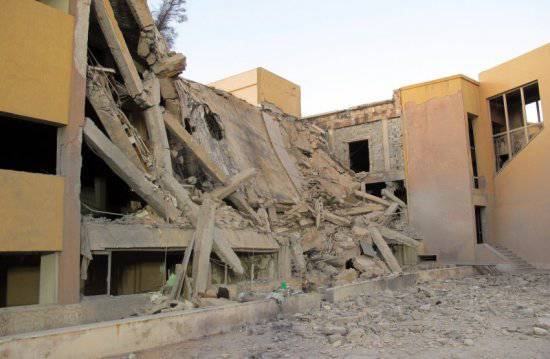 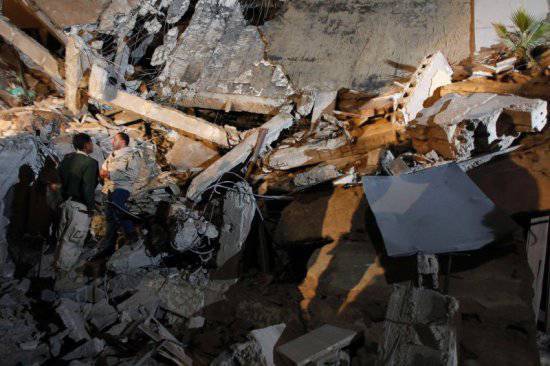 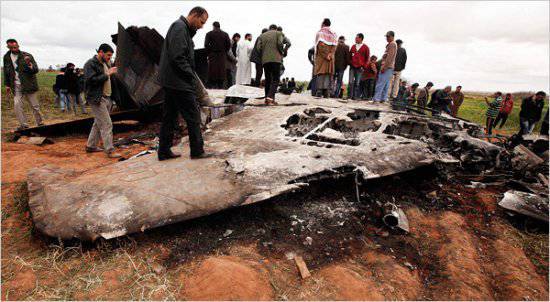 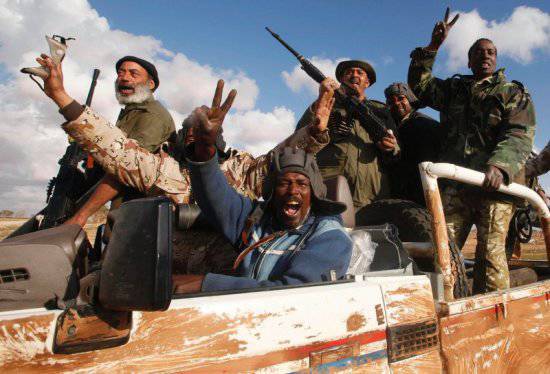 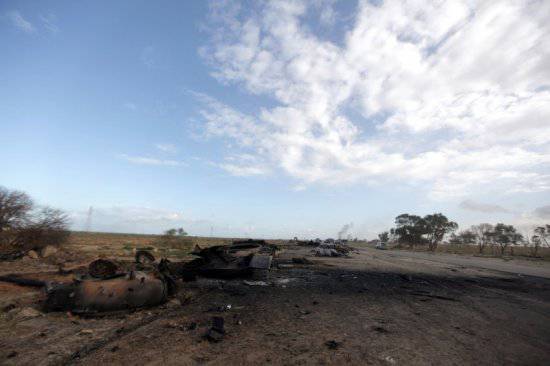 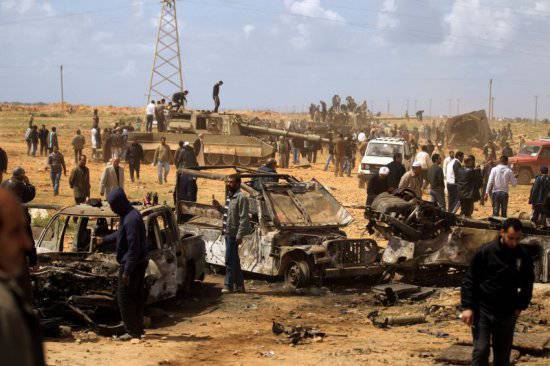 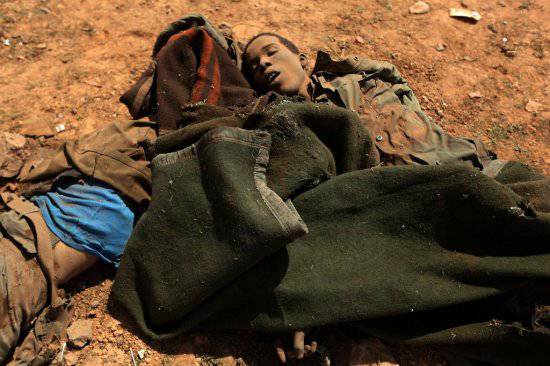