January 28 2014
3
In December, 2013 of the company CJSC TSNTU Dynamics was obtained an international patent issued by the Bureau of Intellectual Property Registration of Canada for the technology of obtaining spherical mirrors of large radius from a thin mirror film. Earlier, in February 2010 of the year, Dynamika obtained a Russian patent for this invention, and in July 2013 of the year received a patent from the United States Patent and Trademark Office. At present, the procedure of patent registration in a number of other countries is continuing, the press service of the TsNTU “Dynamics” reported. 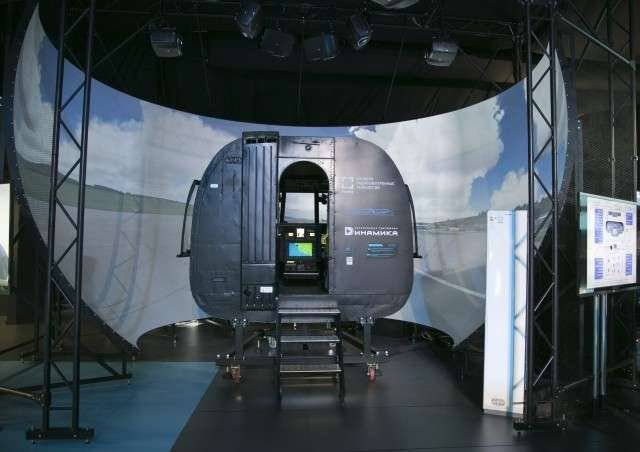 “Non-centered wide-angle optical collimation imaging systems based on film mirrors are among the most important components of a number of aviation simulators in which it is required to provide significant vertical viewing angles and create for two pilots seated side by side the feeling of an infinite panoramic image. In particular, according to international requirements, the presence of such systems is necessary for simulators of the highest qualification level for training civil aviation pilots, ”the statement says.

The technology, called WIDE (Wide-angle Infinity Display Equipment), today allows to obtain seamless visualization systems outside the cabin with FOV field of view (60 ° V x 260 ° H). Such systems were first created abroad at the beginning of 80's, and there are still only a few manufacturing companies in the world that exclusively sell WIDE systems to the market.

“Several years ago, the specialists of TsNTU Dynamics were developed and successfully tested on a model a technology for producing spherical mirrors of large radius from a thin Maylar mirror film. Currently, the company is implementing a number of projects using this technology and preparing for the production of full-size models of film mirrors, ”the press service explained.

Creation of panoramic collimation display systems will allow overcoming the monopoly prevailing in the aviation training market and, over time, eliminate one of the main obstacles to the creation of domestic simulators for civil aviation crews categorized by international requirements, the press service noted.