Minister Manturov does not want to take the path of correction 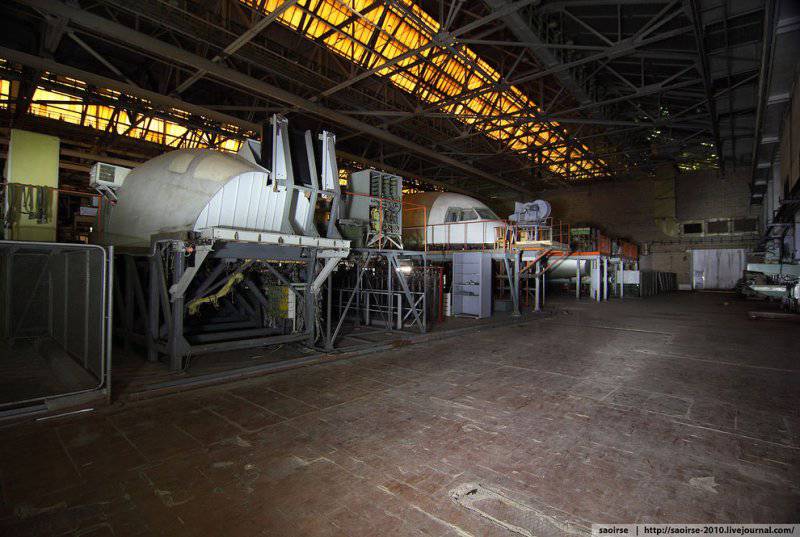 Issuing the undesirable for real - amazing ability of members of the government of Prime Minister Medvedev. Denis Manturov, Minister of Industry and Commerce, perfectly mastered this exercise. Like a circus clown, having received a kick from the president of the country for the strange situation with the airplanes of a Tupolev company, he rolls in his arms with the head of the United Aircraft Building Corporation (UAC) M. Poghosyan in aircraft manufacturing enterprises. In Ulyanovsk, this couple in the assembly shop of the aircraft factory, “under the camera”, to the public, in every way demonstrates a keen interest in correcting something against the background of the abandoned Tu-204 fuselages. Manturov even voiced a work plan - they say, a pool of orders is being formed for an upgraded version of the aircraft.

And clowns turn into fakirs. The Minister declares:
- We are counting on, among other things, on the state consolidated order, under which around 20 machines will be ordered. Thus, the Tu-204CM, as well as the Kazan Tu-214 will close the niche that MC-21 will take in the future. Its mass production is scheduled for 2017 year.
But what about the order for Tu-204CM from airlines VIM-AVIA and Red Wings? No Four and a half months ago, at the MAKS-2013 aerospace show, these air carriers hardly signed an order for 20 airliners (including the option). With difficulty, because the head of the UAC, Pogosyan, strongly opposed this.

He, in fact, a performer-manufacturer, dictates to the airlines what to take and what to fly with. Do not subscribe to the Dry Superjet 100, do not get anything at all. And subscribe! Is it any wonder when Deputy Prime Minister Dmitry Rogozin complains doomedly on the Echo of Moscow radio station:
- Dry Superjet, we will definitely bring to mind, - anyway, there is no place to go, we will make this plane normal.

But if you cling to the words of the vice-premier, it turns out that the Superjet is still not a normal airplane. And we, of course, will have normal ones, according to Rogozin, also recalling the MC-21 project:
- With 2015 – 16 we will go to the series “Yakovlev-242”, MS-21. This is a plane that will close a huge segment. And we are doing it with two engines: one version with Pratt-Whitney, North American engines, mainly for export sales. And inside we make a good, new 14-tonne engine, which for us will be a magic wand. Work on Perm Motors is already ending.

He creative bunch Manturov - Pogosyan, apparently, too, like the whole country, confused his head. But while the Yak-242, it is the MC-21 (Main Aircraft of the XXI century), exists in the form of models of individual elements of the liner. And its market, not even the global one - we are talking about domestic airlines - is rapidly taking over Western competitors. Relatively fresh, much less new boeing and erbasy rise and take his place on the airways. It turns out that today, here and now, an aircraft is required that is able to occupy the “throne” of the most demanded segment on 170 – 215 passengers. This is the Tu-204CM.

Just in case, on the eve of the signing of the newspaper’s issue (what if Minister Manturov really went on the way of correction?) I call my friends in Ulyanovsk. They work at Aviastar-SP, a plant designated by UAC as the head of the Tu-204CM.

- Well, - I ask, - after the visit of Manturov and Pogosyan, the work is in full swing?

- What do you believe? Everything, as before, no movement, the low season. By the "carcass" workers do not even fit. It seems that Pogosyan’s unofficial ban on civil works on Tupol’s subject continues to operate.

- This may be associated with the development of a new for the enterprise of the military transport Il-76MD-90А? Almost forty heavy machines for the Ministry of Defense - a huge order, do not want to distract specialists?

- Nonsense. The company is able to start mass production of Tu-204CM without damage to other programs. Moreover, the frames were specially prepared for this.

Who would give these strategists on the head from aviation industry? Or the matter is not at all in the selfish-Pogoshynovsky priority of the “abnormal” Superjet over all other aircraft programs, but in the elementary way finally handing over the Russian main air traffic market to American and European aircraft building corporations? For example, they took the guys to commit themselves, but now you want it or not - follow it. And then overseas partners-curators will ask so that it will not seem a little. This is as an assumption. But, what is terrible, then everything logically builds up: slingshots and obstacles in front of short-medium-range Tu-334 and An-148, artificially delaying work on Tu-204M, the torment of its certification and landing of Tupolev on financial riffles and shoals. Typical wrecking.

The only argument of the profile minister and president of the UAC would be the lack of funds for Tupolev (and Ilyushinsky as well) airliners. But how then to relate to the “updated” state program “Development of the aviation industry for 17-2013” published on January 2015? On the Superjet (SSJ ‑ 100) until 2020 will spend 24 billion rubles. So, there is money. Why so much? Is the aircraft already built and in serial production? aviation Expert, Editor-in-Chief, AVIA.RU Network Roman Gusarov explains:

- Development, modernization of the aircraft, even the most successful, require funding. In the development of A320, a European manufacturer invests in Euro 300 million annually. But this is 300 of millions of its own, earned on the sales of А320, and not the state budget. Here we come to the most important thing. Would make a normal plane, well, to hell with him, no one would count how much was spent or stolen. And then neither the aircraft nor the money, and all other projects strangled. And this is no longer a fraud, but, as you say, wrecking. For example, - continues Gusarov, - the Russian-Ukrainian An-148 was made for a penny and not from the Russian budget. It has been flying successfully for a long time and does not ask for any revision. From 17 built An-148 - all in operation. And half of the SuperJets transferred to the customer are crushed with concrete where it is not known, since they are unsuitable for exploitation. It is said that on January 17 in Sheremetyevo four Superjet broke at once. Again, the “Aeroflot” flies only five sides. The newest one, received in the last days of December, flew off only five days, and has been on the ground for two weeks now. As the cars were released with the potential wedge of wing mechanization, they continue to tempt fate. Popular wisdom says: "The clever learns from the mistakes of others, and the fool learns from his own." But in the case of Sukhoi civil aircraft and their teachings do not occur, that’s why great specialists are fleeing GSS, they don’t want to take sin. The aircraft does not reach the stated characteristics either in range, fuel consumption, or other characteristics. Nothing, many already believe, now the state will throw more money from the budget, and those with specialized education will always have a caviar sandwich at our expense. Just over a year ago, I asked one official of the Ministry of Industry and Trade: “Why the annual development program of the aviation industry (including R & D) to the ruble (about 1 billion dollars annually) is indicated, but there is no information on which projects it will go to?” He answered me: “First we will receive financing, and only then we will think how to spend this money.”

Apparently, Manturov and Pogosyan are counting on that nobody will ask for the result. There is also the opportunity to hide behind good indicators for the production of combat aircraft and quite remarkable numbers of helicopter builders.

And the fact that conflicts are blazing near our borders, and Russia, declaring their own strategic interests in the Middle East, in the Arctic, voluntarily or involuntarily drawn into confrontation with the West, the Manturovs do not think. And the first serious dispute will put an end to the exploitation of foreign cars in our country. The State Department of the USA with one stroke of the pen is able to leave without technical support all foreign-made airplanes - Iran is experiencing this to this day. And Superjet will stand in their tracks, for them up to 80% of the components are being brought from abroad. And then with us oh how hard they will talk. If we drop submarines from the stocks, create new missiles and weapons, modernize the army, then we must be ready for such a development. And build your own airliners as much as possible.

In practice, the civilian aviation sector is increasingly deteriorating, losing the ability to develop. What is busy JSC "Tupolev"? With a sin in half, breaking all the time, trying to modernize the long-range missile carriers Tu-160 and Tu-22М3. But any aircraft designer will say - without foundation in the form of civil aircraft, the “Tupolev” firm is doomed. I will never believe that the minister-sociologist Manturov and the president of UAC with a specialized aviation education Pogosyan do not know about this. And most importantly, the passenger Tu-204CM and Tu-334 are quite competitive in modern conditions, there are customers, including foreign ones, in circles. English cab, and that is installed. But it seems that the task of the minister and the head of the KLA is not to provide the country with airplanes, but another. Like the funeral masters.

Damn it - where are you, "United Russia" and the whole "Popular Front"?

Ctrl Enter
Noticed oshЫbku Highlight text and press. Ctrl + Enter
We are
Corporation and CompetenceList of destroyed the largest and most high-tech enterprises
Military Reviewin Yandex News
Military Reviewin Google News
45 comments
Information
Dear reader, to leave comments on the publication, you must sign in.