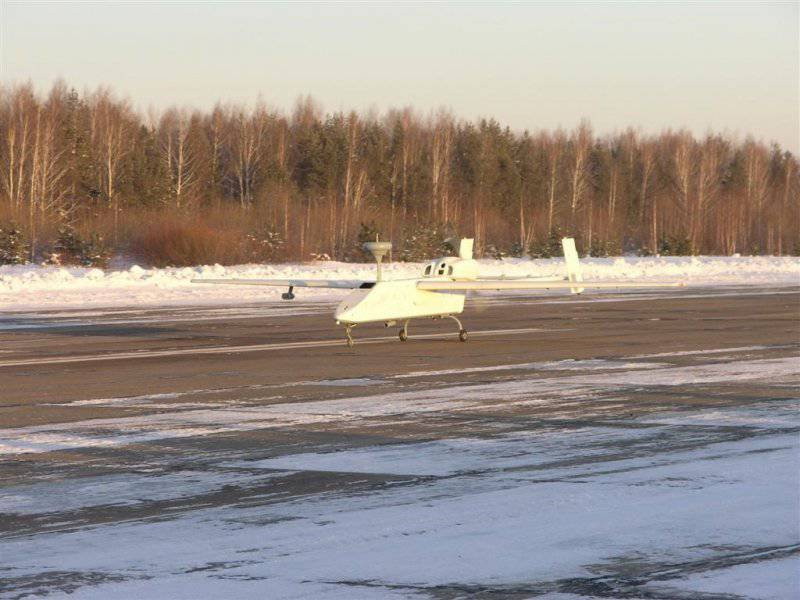 
“Several sets of UAVs and a ground control station arrived at the aviation base of the Pacific Fleet in Kamchatka. The squad includes six UAVs of the Forpost, produced domestically, ”he said.
The main purpose of the UAV squadron in Kamchatka will be the search, detection and identification of ground objects, as well as the transfer of information to control centers.

The air base commander, Colonel Andrei Kovalev, noted that the troops in Kamchatka were the first in the Pacific Fleet where a BLA squad was formed. The entire staff of the new unit has already completed a course at the air base in Kubinka near Moscow.

Let's find out about these UAVs in more detail: 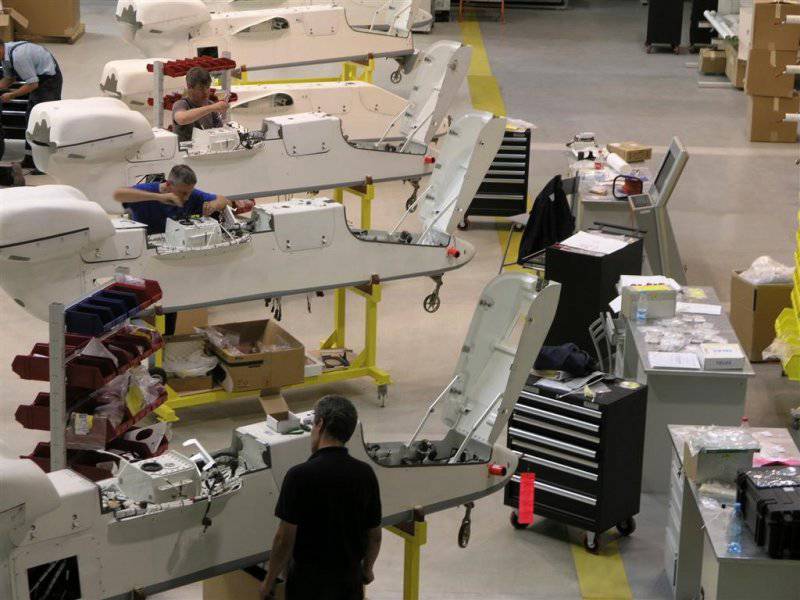 Despite the fact that the UAVs are created by domestic specialists, the “Outpost” is not fully Russian. The fact is that on UZGA work according to the schemes and drawings, which in the framework of the sensational contract was provided by the very Israeli side - the company IAI Ltd. In addition to the drawings, the Israelis handed over to the Ural enterprise control and test stands, training and technological equipment. In other words, Zastava and Outpost are Israeli drones that have received Russian names on Russian territory and are assembled by Russian workers. Zastava is nothing more than the BirdEye 400 UAV, and the Outpost is the Searcher MkII.

It would seem that rejoicing in such a “screwdriver assembly” of foreign UAVs is not worth it. But the defense industrial complex Oboronprom has a different opinion. Based on the experimental models of Israeli UAVs in the Urals, it is planned in the near future to create its own drone, which in its characteristics will surpass many of the existing analogues. How fast will this future be? - there is no answer to this question yet. But there is an answer to what type the new Russian drone can belong to. 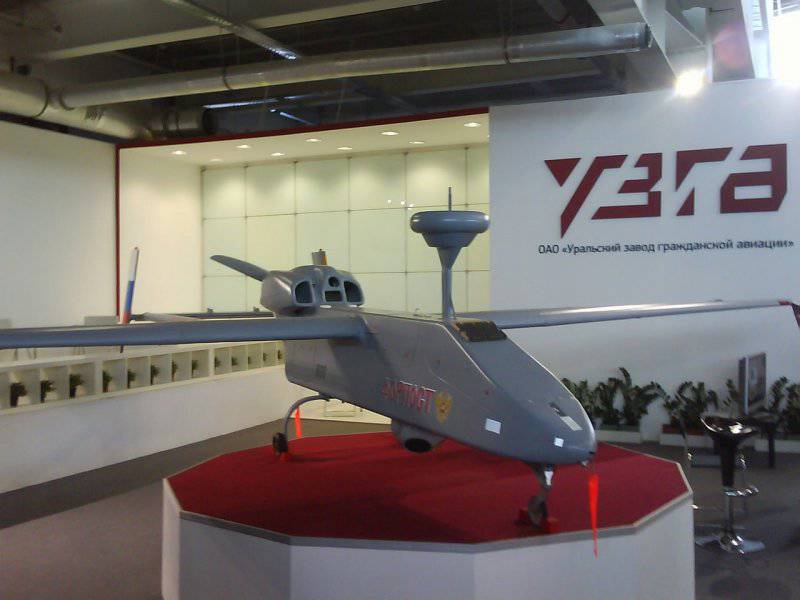 According to the representative of the holding company “Helicopters of Russia”, this will be a helicopter-type unmanned drone, possibly a multi-rotor. While the holding does not reveal the details of the new drone, but they talk about possible problems. One of the challenges that developers will have to tackle is that a helicopter-type UAV requires a relatively flat landing ground (and the plan of developers for landing drone for military purposes, including the enemy’s rear, is included). To solve this problem, it will be possible to apply a semblance of a gyroscopic system capable of maintaining equilibrium even at relatively large angles of inclination. At the same time, we should not forget about reducing the specific noise from several screws.

In the meantime, Russian specialists are puzzled over how to modernize Israeli drones and create their own unmanned reconnaissance and combat aircraft complexes, the armies of other countries of the world use UAVs very actively. Not so long ago, the Americans spread information that their drones had succeeded in destroying a whole militant camp in Pakistan. An air strike was inflicted on the bases of representatives of al-Qaeda (at least, representatives of the command of the US Army say so) in the province of North Waziristan. Shortly before that (last Sunday) a group of militants in the Pakistani province of South Waziristan was destroyed with the help of an American UAV air strike. The Americans then counted 9 killed, who were immediately dubbed representatives of the Taliban movement. 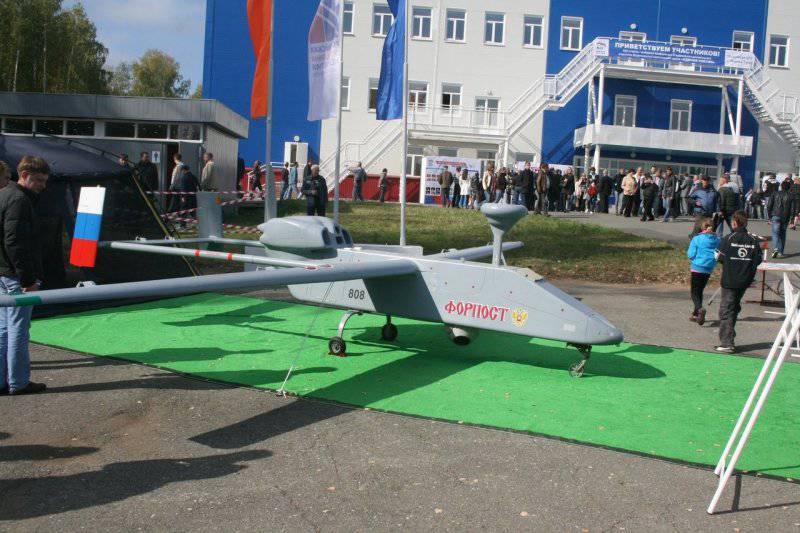 Pakistani authorities have repeatedly expressed disapproval of the actions of Americans in the airspace of their country. The fact is that official reports on the performance of combat operations by the US military do not always coincide with the data provided by the Pakistanis. It often happens that an American drone strikes a group of militants, and women and children are killed and wounded ... However, not a single American UAV operator, at the signal of which the missile was launched at civilians, has not yet been justly punished. Most often, it all comes down to the fact that the Americans admit their guilt, claiming a fatal and unintended error. And who can even check: was it a mistake or a conscious action? Certainly not the Pakistani authorities, even if they want to initiate such a check ...

Information about the use of UAVs with intelligence functions comes from the Far East (not Russian). Tokyo and Beijing almost simultaneously announced that they were creating special groups of drones that would be ready to monitor the territory of the disputed Senkaku Islands (Diaoyudao) day and night, as well as the waters that these islands washed around. Intelligence will be conducted with the aim of witnessing a possible "invasion" of the territory of the islands by their opponent. Neither Tokyo nor Beijing have yet spoken about what measures the parties to the conflict are prepared to take in the event of a “invasion” being recorded. But if it comes to real conflict, the world can witness the first large-scale confrontation of drones from different states. 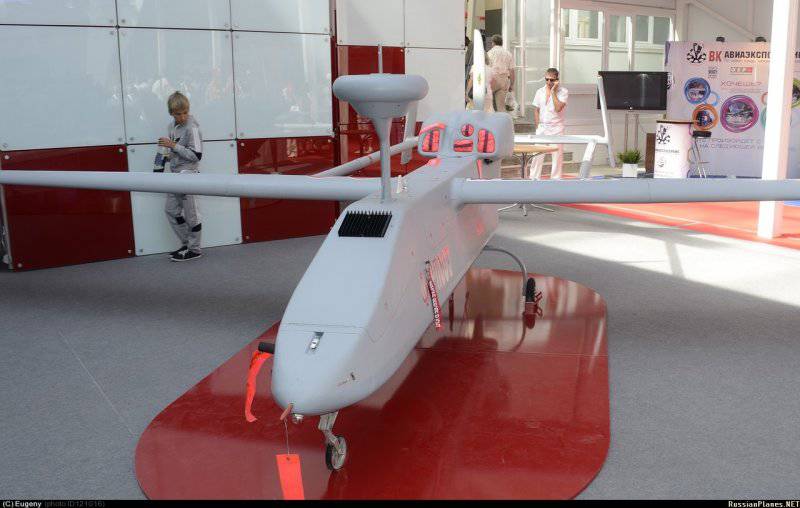 The assembly of systems with UAVs is carried out under a contract that was concluded in 2010 between OPOR Oboronprom and the Israeli company Israel Aerospace Industries Ltd (IAI). According to this contract, the Israeli side handed over the necessary technical documentation, technological equipment, test and test benches and training complexes. Israel Aerospace Industries Ltd also supplies components and assemblies and conducts training of UZGA technical personnel. The production technology of the UAV conforms to requirements of the Russian regulatory and technological documents.

Israel Aerospace Industries is an Israeli concern founded in 1953 year. It is a well-known company of the Israeli military industrial complex, one of the leading technological and industrial companies in Israel. Engaged in the production of aircraft and avionics, the production of instruments and equipment for space satellites, communications and intelligence, modernizing aircraft around the world. The company has received worldwide recognition as a leader in the development of aviation and aerospace technology in the military and civilian markets. IAI is one of the world's leading developers and manufacturers of UAVs, some of them have no analogues in the world practice of aviation. 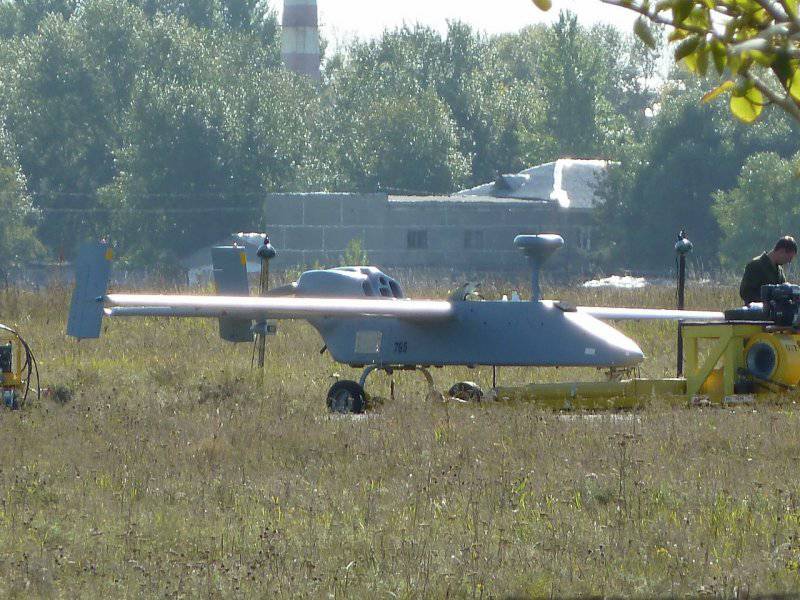 During the implementation of the contract, the defense industrial complex Oboronprom received unique competences in the field of mastering industrial production technologies of modern UAV systems. In the future, the practical experience gained will allow the corporation to increase the level of localization of the production of these systems by attracting components and assemblies of domestic production. 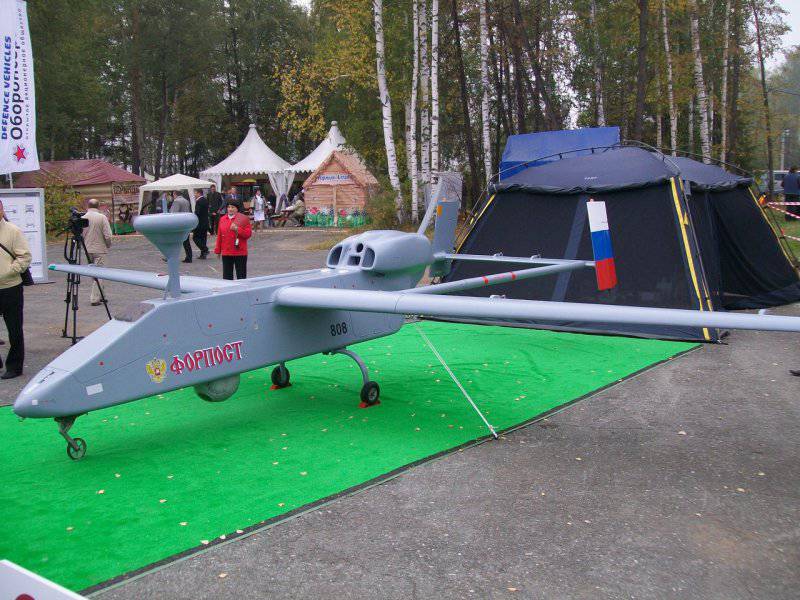 I recall that:
In April, 2009 of the Year, Russia acquired the BirdEye-12 drone, I-View Mk400 and Searcher II drone drivers from Israel for a total of 150 million dollars. Later, a contract was signed to supply 53 drone worth one hundred million dollars, and in April 36 of the year it became known about the purchase of another 2010 UAV from Israel. 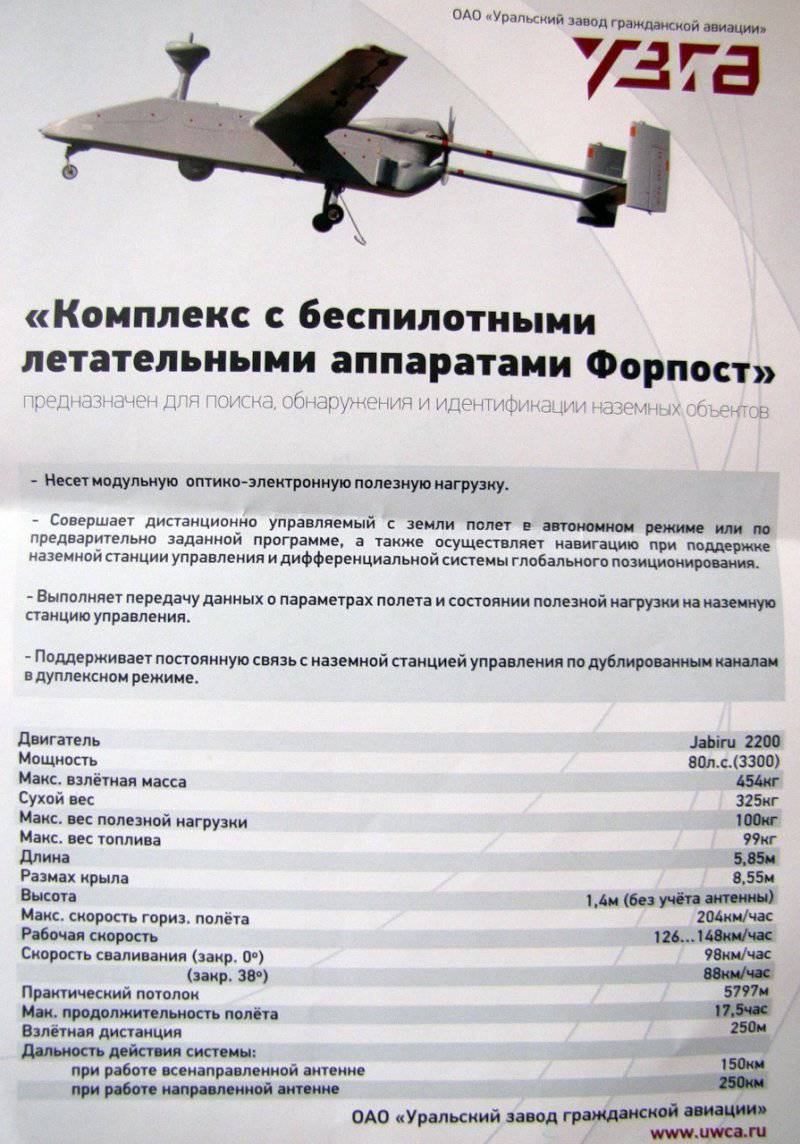 But the summary table for modern drone: