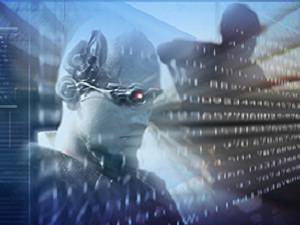 The 20th century was the most cruel century in all stories humanity by the number of irretrievable victims. Only two world wars cut off tens of millions of lives at once and warped much more destinies in a deferred mode. And how many there were (and there are) conflicts, coups, revolutions and clashes on a scale more modest, but no less fierce. In the conditions of strategic parity between the main participants in world politics, a new big war is considered impossible. For it will no longer result in casualties among the participants, but in the survival of those who managed to escape from the nuclear explosions.


Nobody wants to start a suicidal conflict, as evidenced by the isolated tragedy of Hiroshima and Nagasaki. Authorship of the only nuclear bombing in the history of mankind, of course, let us down. There is no way for the bloody dictators of the middle of the last century to give an order to dump the atomic twins of “The Kid” and “The Fat Man” - but he came from the citadel of world democracy, offensively. However, the same XX century significantly expanded the concept of “war” itself. The informational, ideological and military-technical confrontation was not called wars before, because they were not. In contrast to the present, where the sworn opponents formally left. After all, today the state is almost a friend of the state, in some ways a comrade, and in some places even a brother. Rivalry is forced to disguise itself as “a lesser degree of trust and partnership.” Wherever you look, there are partners and friends all around - but many cannot be trusted for safety.

Military violence in the modern world has become local, it is unanimously condemned by the world community, state and public organizations. Violence was distributed in hot spots of the planet, making whole regions and individual countries far from calm. The fight against regional violence is conducted with varying success, reconciliation of the participants in local conflicts is achieved much less frequently than a new round of bloody confrontation happens. There are five new, one active and three promising ones per conflict extinguished. That from a theoretical point of view is more than strange.

After all, against all wars, violence, oppression, suppression and suffering, all the powerful forces of world geopolitics are without exception. UN and EU, USA and RF, PRC and Japan, OAS and LAS, etc. Each sovereign country separately and all known supranational institutions unswervingly declare peace, equality and fraternity in the best traditions of the Great French Revolution of the XVIII century. Why does blood continue to flow on our planet, on the scale unheard of for all revolutionary scaffolds? Why are the miasms of evil hatred spread through all sanitary cordons of humanitarian values? Is it because of the barriers themselves? If attempts to cultivate rational-good-eternal, according to foreign recipes, lead to the growth of cannibal plants over and over again - maybe it's in the seeds?

The easiest way to win the conflict, if the opponent does not realize the very existence of the conflict. Ideological rivalry and informational confrontation in the 21st century play the role of a means of hidden competition between states. Indeed, on the surface of events are disputes, quarrels and discord of internal order. If Senator McCain advocates with the personal and continuous 28-year experience of a congressman, the argument loses its brilliant sharpness. It is difficult to prove adherence to freedom of speech in a distant country when he organized a global secret surveillance of the entire planet. Predicting the rebirth of the labor camps on one-sixth of the land can be as many as you want - but for starters, it would be nice to deal with the secret prisons of your own special services. Condemnation of police brutality at the other end of the Earth does not fit well with the own practice of extrajudicial shootings of drones conducted on distant continents regularly and deadly. Direct reasoning with an English accent is stuck in the mind, like cookies from Nuland in Kiev frost. Poorly absorbed and causes a gag reflex, sorry for the naturalism of expressions.

It is necessary to transmit the ideas of doom from the inside out, of necessity, by seasoning with the truth, quite a blatant lie. Modern network communications provide a lot of opportunities for baking poisoned info-dishes. Achieved the task of replicating a simple set of stamps (repetition - the mother of learning), so that the decomposing material is well understood. Actually, without the industrial production of stamped shells, cartridges and mines, there would have been no such terrible result in world wars. The basic set of stamped recipes for informational guns is:

- Russia has always been miserable and disgraceful. Starting from the semi-mythical Prince Oleg, from the mythical in his cruelty of Ivan IV, through the bloody reformer Peter I to the modern era. Thieving bureaucrats, manic military men, violent children, drunken adults, and fierce retirees make up 95% of the country's population. For centuries, this herd with the stubbornness of hungry zombies wandering around the surface of the Earth. Its main goal is to capture and eat the remaining 5% of the elite, somehow preventing the complete collapse of the country. Of course, the narrator is among the representatives of the elite who have not yet been caught. However, sometimes nuts on the outside aggressors who have the stupidity / naivety / greed try to free the unfortunate Russians from the age-old curse. Then the Russian borders expanded even more, bringing the death of all civilization closer.

- Everything that is located west of the Russian border is infinitely kinder, smarter, more civilized and better. Everything is there right away, there is more of everything - freedom and order (at the same time), shows and morality (again at the same time), money and benefits, bread with meat, honesty and beauty. The desire to break into earthly paradise is natural, but fanged zombies with rotten hair and other snotty scum are not allowed there. But reverently heed the ideas emanating from the civilizational torch is not forbidden. But these ideas should be perceived as axioms, without analysis, doubt and criticism. Then - yes, then the fairy tale will become closer, but not soon, and not for everyone.

- Russia has no external enemies, who wants to fight the aggressive and feral herd ?! Accordingly, the concepts of "patriotism", "Fatherland", "courage", etc. should be handed over to scrap. It is advisable to choose a larger dump to fit the army, air force, navy, space exploration programs, the Arctic and nuclear missile modernization. weapons. You can love Russia, but only in the abstract. That is, specific things must be despised, preferably with disgust. Roads, doctors, laws, teachers, science, political parties, business, sports, climate - all separately must be earnestly hate. But in general, you can love, for the love of abstract values ​​masks concrete betrayal.

- The main enemy of any liberal zombied honest person is the official in particular and the entire state in general. Not a maniac, not a seducer of minors, not a murderer or a terrorist, but a prosecuting and corrupt bureaucrat as a synonym for any civil servant. This unsympathetic bureaucratic subject has a tiny chance of salvation - if, at the first critical sneeze, he immediately resigns, repents and joins the ranks of critically sneezing and protesting coughs. The weakness and indecision of power are so desirable that such dreams are very numerous.

- The speed of sliding into the abyss has increased in recent years. All valuables have already been exported, everything else is broken down, worn out, trampled and sold out at the same time. The population is duped by rainbow propaganda and does not see beyond its own nose, only lonely network warriors bitterly overlook the wasteland and ruin. There is almost no way out, everything is covered with a gray haze of hopelessness ... Chu! What is this glimpse on the bloody horizon, right over the heads of the unfortunate inhabitants of the doomed lands?

This, sir, is a revolution. With the "democratic" destruction of all those who disagree and doubt the correctness of ideas imposed from outside. Revolutionary zombies, prepared by anti-Russian propaganda, are ready to call for anything - secession of some national suburbs, evicting tens of millions of people to and fro, abolishing the police as the pillars of the anti-people regime, etc. - the main thing is to have time to depart for the radiant West. With such a track record, they are received there warmly and friendly, on the terms of a full-time guesthouse.