Washington leads the world to war

January 14 2014
39
Paul Craig Roberts is a former economic policy assistant to the US Treasury secretary in the Reagan administration, the father of Reaganomics, and now one of the most serious critics of the actions of the Bush and Junior administrations. I bring to your attention his article, which was translated by a member of the air defense Denis Leningradov. 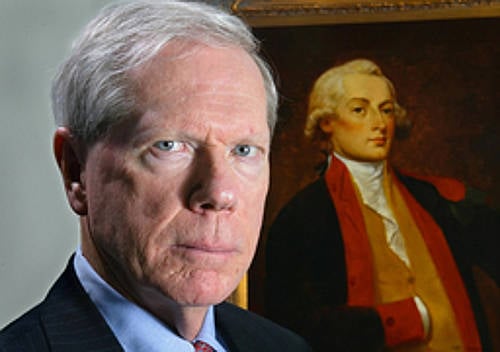 At the behest of Washington, the United States has been in a state of war for as many as 12 years. Afghanistan, Iraq, Somalia, Libya, Pakistan, Yemen and almost Syria (war with which is still possible!), And, of course, the next in line with the war with Iran. All these wars cost the US money, international prestige, many dead and wounded soldiers, as well as civilian casualties in the attacked countries. None of these wars have reasonable explanations or apparent reasons. In addition, of course, that they are damn favorable to the military-industrial complex and special services.

The wars became a cover for the creation of a police state in America, like the German Stasi, and also served the interests of Israel, since they removed any obstacles to the full occupation and annexation of the entire west bank of the Jordan River and southern Lebanon.

But, despite all the troubles, sufferings and costs, all these wars cannot be compared with the WORLD WAR. And even more so if the opponents in such a war are other nuclear powers.

Fatal for all mankind promises to be a war with Russia and China, a war to which Washington is confidently leading the United States, as well as NATO countries, and at the same time its other puppets. There are many factors that push Washington to unleash the “last” war. But the most odious of them is the “doctrine of the exclusivity of America.”

In accordance with this self-proclaimed doctrine, America is a special country. This means that история chose the United States for the role of the World Hegemon, designed to carry democracy and capitalism to the rest of humanity. The primacy of this goal puts the US government above morality, above the law, including, of course, above international law.

For this reason, no one in the government of the United States can be held accountable neither for initiating wars without any threat from the attacked states, nor for strikes on civilians, which, by the way, unconditionally applies to war crimes in accordance with both international law and and by the standards established by the Nuremberg Tribunal.

Also, no one in the US government was held accountable for torture prohibited by both US law and the Geneva Convention. No one was prosecuted for numerous violations of the constitutional rights of Americans - unauthorized surveillance and invasion of privacy, searches without the approval of the prosecutor, detention without trial, murder of US citizens without a court decision, refusal to provide a lawyer, conviction on the basis of undisclosed, “ secret ”information. The list goes on.

It is time for the layman to think already, but what is so unusual and exceptional in the government, which, in fact, is in every sense the reincarnation of Nazi Germany?

Propaganda inspires the people of the United States with the concept of their “exclusivity,” which inevitably leads to a loss of humanity. For example, as shown in the video taken by the US Army, which provided Bradley Manning to the general public, the American servicemen walk along the city street and shoot innocent people for fun.

With the exception of such an organization as the American Union for the Protection of Civil Liberties, small groups for the protection of constitutional rights and individual bloggers, citizens of the United States, including Christian churches, “fell” under the government, despite all the lawlessness and immorality that emanated from it. And they did it without any protests.

The lack of criticism in the immorality of politics, strengthens Washington, it is increasing its pressure on Russia and China, whose governments stand in the way of the United States to world domination.

Washington has been carrying out subversive work against Russia already for 22 years, since the fall of the Soviet Union in 1991. Despite the agreement reached between Reagan and Gorbachev, Washington conducted the expansion of NATO and included the countries of Eastern Europe and the former Baltic republics of the USSR in this organization. Thus, a network of military bases was created right on the borders of Russia. Now Washington is working on the inclusion in NATO of other former Soviet republics - Georgia and Ukraine.

The only reason that Washington is deploying military bases and rocket launchers on the borders with Russia is that Russia is capable of, and is trying to counter, the US hegemony.

At the same time, Russia, I note, does not threaten its neighbors, and, perhaps, except for the response to the Georgian invasion of South Ossetia, it behaves very passively and does not respond to provocations from the United States.

But now something has changed. The fact is that after George Bush made changes to the US military doctrine, namely, he changed the status of nuclear weapons from “defensive” to “preventive first-strike weapons”, and also after elements of a missile defense system were built along Russian borders, the purpose of which is to destroy ballistic missiles and develop new, high-tech weapons systems, it became obvious to the Russian leadership that Washington was preparing to on it “disarming, instant hit”.

In his message to the December 12 federal assembly, Vladimir Putin mentioned the offensive nature of US military action against Russia. He said that although Washington calls the missile defense system a defensive one, in fact it is an important element of the strategic offensive potential designed to incline the balance of forces towards Washington. Thus, Putin acknowledged the threat, and stated that: “No one should have any illusions about the possibility of achieving military superiority over Russia. We will never allow this. ”

Also, in the face of the refusal of the Obama regime to extend the treaty on non-proliferation and reduction of strategic nuclear weapons, Putin said: "We understand this very well, and we know in this connection what we need to do." If someone survives, and “writes history,” the Obama regime will enter it as the one who started the Second Cold War and turned it into a real war, despite the fact that President Reagan spent incredible efforts to end the Cold War.

The Obama regime is not enough that he makes Russia an enemy, he also makes China an enemy. Obama said that the South China Sea is becoming the territory of US strategic interests. It is the same as if China declared the Gulf of Mexico a zone of its national interests.

So that no one doubts that his statement on the South China Sea is not empty words, Obama announced the “Turning Point - Asia” strategy, according to which, for example, 60% of the US Navy will be deployed in the Pacific theater - in the Chinese zone of influence. At the same time, Washington is intensively building new military and air bases in the Philippines, South Korea, Vietnam, Australia and Thailand. Also, for the purpose of provocation, Washington supports those from the countries around China who are opposed to China’s attempts to raise the issue of ownership of certain islands or the expansion of a flight warning zone.

But this did not scare China. In response, Beijing called on the world to “deamericanization”. Last month, the Chinese government announced that China now has enough nuclear weapons and delivery systems to wipe the United States off the face of the earth. For example, a couple of days ago, an incident occurred with the participation of the aircraft carrier of the Chinese Navy and an American missile cruiser in the South China Sea.

The militant position and the militarism that Washington has taken in relation to Russia and China speaks of a large degree of arrogance, which usually ends in war. It looks as if Washington is convinced that its technology will prevent the launch or intercept Russian and Chinese missiles, which in turn will allow it to deliver a disarming, instantaneous attack without any consequences for itself.

Interestingly, at the same time, Washington believes that the potential threat of Iran if the latter acquires its own nuclear weapons is so high that it is necessary now to deliver this most disarming and instantaneous strike on it. Such a huge organization as the “Department of National Security” is convinced that there are some Muslims without a clan and tribe who can potentially seize nuclear weapons and use them against the United States. Do you think this position is illogical? Does Washington believe that it will be able to avoid a retaliatory strike by Russia and China, and at the same time is afraid of the use of nuclear weapons by Iran and certain groups of Muslims?

It is not enough for Washington that it is dancing the dance of war in front of the eyes of Russia and China, he seems to have decided to torpedo a recent agreement with Iran, announcing the use of sanctions against companies doing business with Iranian partners. I think the Iranians have explained this gesture to themselves as not being serious enough to improve relations. They left the negotiations in Geneva and flew to Iran. Apparently this Washington and sought. We can only observe the development of the situation, from which it will be clear whether Washington will be able to restore confidence in the peace talks or, nevertheless, the Israeli lobby has succeeded and stopped the process leading to a peaceful settlement and the removal of the likelihood of a military conflict with Iran.

US citizens do not seem to be able to influence the actions of their government, and are not even aware of its plans. Moreover, there is no political force around which citizens could rally and oppose Washington’s wishes to unleash a world war. Therefore, if there is any hope, it depends on the behavior of subordinate states in Asia or Europe. And what interest are these countries pursuing, trying to dance to the tune of the USA and putting themselves at tremendous risk? Fight for US global hegemony? Is it not clear that the game on the side of Washington can lead to their physical destruction?

For example, Germany could save the world from war if it simply began to follow its own interests. All she needs to do is withdraw from NATO and the EU. Which in turn will lead to the collapse of these entities and the collapse of the Napoleonic plans for the conquest of world domination by Washington. "

Ctrl Enter
Noticed oshЫbku Highlight text and press. Ctrl + Enter
We are
Paul Craig Roberts: "Gullible deception" will regret the Maidan to the end of lifeWhat you didn't want to know about England
Military Reviewin Yandex News
Military Reviewin Google News
39 comments
Information
Dear reader, to leave comments on the publication, you must sign in.