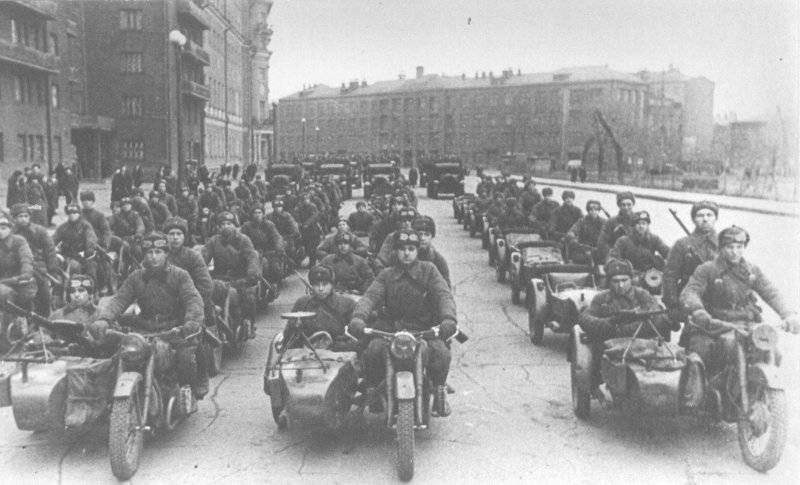 As you know, there is no place for sport in a war. During the years of hostilities, world championships, Olympic games, national championships are canceled. The Great Patriotic War was no exception: the athletes were forced to abandon their beloved work. It could not even be a question of training, because their place was taken by real battles for their native land. It should be immediately noted that the athletes were excellent soldiers - hardy, strong, healthy. Therefore, there is nothing surprising in the fact that it was they who were entrusted with the most difficult tasks, the fulfillment of which was deadly.

Since the beginning of the 1930-ies in the Soviet Union engaged in the active development of operations on enemy communications, as well as in the enemy's rear. For these purposes, special sabotage groups were created, the main tasks of which were to disrupt the supply and control of troops. The sabotage groups were prepared under the control of two main departments - the Intelligence Directorate of the General Staff of the Red Army and the NKVD-NKGB.

27 June 1941 of the Year The People's Commissariat signed an Order on the establishment of a Training Center for training special reconnaissance sabotage units to conduct operations in enemy rear. In terms of the organization, the entire scope of work was entrusted to the 4 Department of the NKVD-NKGB of the Soviet Union, headed by Commissioner P. Sudoplatov. Already by the beginning of autumn 1941, there were several brigades and separate companies in the center: a communications company, a bomb squad, and an automobile. In October, the Training Center was reorganized into a separate motorized rifle brigade of special purpose (OMSBON).

The brigade included a command, two motorized rifle regiments of three companies each (each company, in turn, consisted of machine-gun and motorized rifle platoons), anti-tank and mortar batteries, a company of paratroopers, an engineering company, a communications company, divisions logistics and automotive company.

As for the personnel, it should be noted that even 3 September 1941, the Central Committee of the Komsomol, a special decision was adopted, according to which the mobilization of Komsomol members was assumed. In addition to a large number of students and teachers of Moscow universities, the brigade also included employees of the people's security commissariats of state security, internal affairs, internal and border troops. Political immigrants were also included in the brigade - Spaniards, French, Germans, English, Czechs, Austrians, Romanians, Bulgarians, Greeks, Poles. The ranks of the unit were replenished by well-known athletes - boxers S. Shcherbakov and N. Korolev, athletes S. Znamensky and G. Znamensky, jumper G. Mazurov, skier I. Macropulo, weightlifters V. Krylov, N. Shatov, skater A. Kapchinsky , skiers L. Kulakova. The brigade was also joined by the cameraman M.Druyan, artists A.Livanov and D.Tsynovsky, special correspondent of Pravda A.Sharov, polar radio operators A.Shmarinov and A.Voloshin, sports journalist E.Shister. The command posts were given to personnel officers and political workers, experienced Chekists, participants in the civil war. At the head of the brigade was Colonel M. Orlov, and the commissar - A. Maximov. 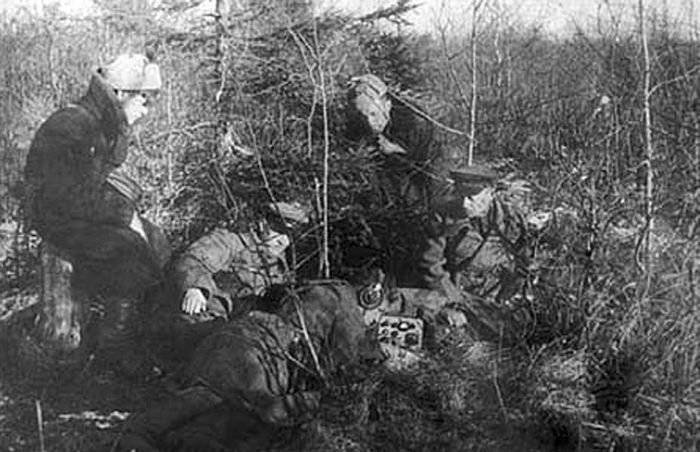 A kind of headquarters for OMSBON became the Dynamo stadium, where recruits received uniforms and equipment. From the stadium recruits followed in Mytishchi, a small town near Moscow, where the training camp was located. For the personnel of the unit, a special training program was developed for the installation of mine-engineering obstacles, the mining and de-mining of objects, the conduct of parachute operations, reconnaissance and sabotage raids. The cadets also learned the techniques of guerrilla warfare, hand-to-hand and bayonet fighting, practiced the skills of demining-subversive and fire training, forcing water obstacles. In addition, training was also carried out for specialists who were to carry out special tasks at the forefront.

It should be noted that the fighters of the special unit were supplied with ammunition, weapons and uniforms are much better than the soldiers of the Red Army. Omsbonovtsy widely used captured weapons, in particular, the MG 34 / 42 machine guns and the MP 38 / 40 submachine guns, the PPSh and PPS-43 submachine guns. In addition, all the men had cobble weapons: TT revolvers or pistols. The soldiers of the sabotage groups were obliged to have so-called intelligence knives.

As for the uniform, both the command and the fighters of the brigade wore the form of the NKVD units: internal or border (with instrument cloth, edgings and colored caps, which were determined for each kind of troops). Employees of the Main State Security Department of the NKVD, who served in the operational groups of the brigade, also had their uniform. But very often, for the purpose of conspiracy, instead of the departmental, the form of the Red Army was worn.

The militia units that were part of the OMSBON used a uniform with police insignia: the blue coat of the button was attached to the image of the USSR coat of arms or a blue cloth star with a sickle and hammer in the center and a golden edging; in the middle. This outfit was canceled in the 1943 year. 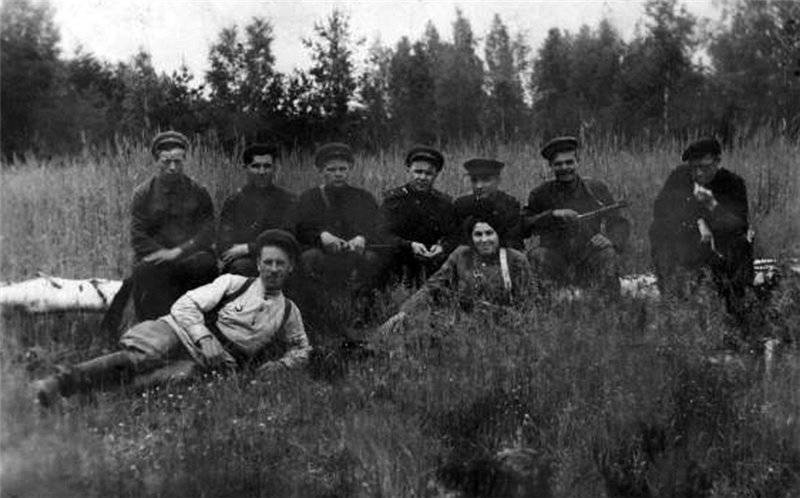 The paratroopers used summer and winter camouflage robes and suits. Since the end of 1930, camouflage urine suits, which were made from dry grass and bunches of bast, have become widespread. The rest of the costumes (both white and spotty) were made of cheap and fragile material - calico. Drawings on the fabric were of two types: grass-green base with black spots and sandy-olive base with brown spots.

Border units also used camouflage suits with a pattern: the contours of leaves and branches of yellow or olive green were applied to the grass-green base. As a rule, in camouflage suits on the sides there were welt pockets, protracted drawstring backstage, baggy hoods.

The units of the brigade launched their activities practically throughout the entire Soviet territory occupied by the fascist troops. Many of them quite successfully carried out combat missions in the rear of the fascist-German armies "South". Among them it is necessary to note such units as "Olympus", "Winners", "Walkers", "Falcons", "Hunters".

Thus, the Olympus unit was formed in August 1942 of the year. It consisted of 56 fighters: machine gunners, bombers, scouts, miners, doctors and radio operators. The commander of the detachment was appointed V.Karasev. In February, 1943, the unit was sent to the Zhytomyr region in order to cross the ice on the Pripyat River before the spring floods. For twenty-nine days, the men crossed about two thousand kilometers on foot, but achieved their goal. The fighters settled in the forest, from underground workers who worked at railway stations, received information about train schedules, established contacts with local patriots. Soon the number of the detachment increased significantly. New companies appeared, several battalions, a radio platoon, a cavalry squadron were formed. In general, the number of troops reached thousands of fighters, and he was named after A. Nevsky.

The fighters of the detachment were engaged in mining the highway and railway tracks, derailed trains, and engaged in reconnaissance. Over the year 1943 they derailed nine enemy echelons. In Ovruch, the detachment organized an explosion at the Gebitskomissariat, as a result of which dozens of German soldiers and officers were killed.

In October, 1943, the detachment moved to the area of ​​Rivne, where, together with the connection D. Medvedev continued the destruction of enemy forces.

The unit “Walkers” E.Mirkovsky acted on the territory of Zhytomyr region. Initially, the squad consisted of 16 warriors. This group operated for three years, becoming a large partisan unit with about seven hundred security officers. The detachment received the name of F. Dzerzhinsky. During the raids, the detachment of the detachment overcame more than four thousand kilometers, fully justifying its name.

The fighters of the brigade were sent to the most difficult tasks, but performed them successfully. Many of their operations have become real legends.

So, for example, at the end of March 1942, the units under the command of Major Korovin went skiing into the enemy rear. It was necessary to overcome hundreds of kilometers, covered with melting snow and mud. For two weeks, the soldiers were forced to move only at night, go without fires, eat only breadcrumbs. In addition, each fighter carried about 50 kilograms of equipment: cartridges, medicines, weapons, explosives, products. When the troops arrived at their destination, it turned out that the forest in which they were to be based was completely flooded with water. But even in such conditions, the special forces were carrying out the tasks assigned to them — they mined the railways. At that time, the units had problems with food supplies, but the marked railways were still blocked for 20-50 days. 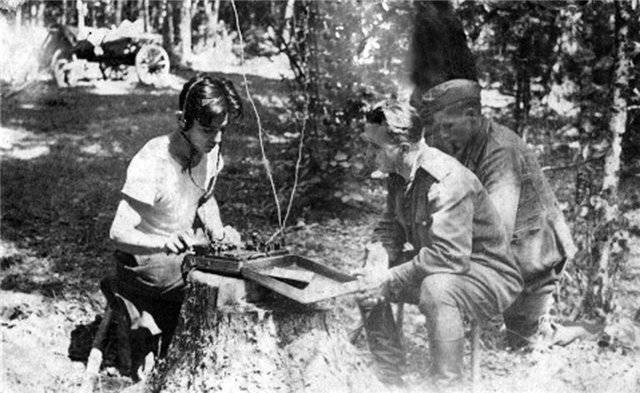 Despite the lack of replenishment, the command of the division received a new task - to paralyze the highway in Belarus and in the Smolensk region. In addition, the fascists pursued Soviet special forces, doubled the protection of railways, cut logs and bushes on both sides of the rails on 200-300 meters, mined and barred the approaches to the railways with barbed wire. But even in such harsh conditions, the Korovin fighters managed to perform combat missions. They mined the road with explosives, which were mined from unexploded aerial vehicles and bombs.

Only in June, an order was received to return. For three weeks, the special forces in small groups made their way to the front line. But only one group managed to be reached, led by Senior Sergeant Burondasov.

Only about the few participants of those events something is known. So, Major Korovin was captured, from where he managed to escape, and joined the partisan detachment. In 1943, he returned to the brigade again.

Only in 1943 a year, the reconnaissance and sabotage groups of the OMSBON, which operated in the rear of the German fascist troops, transmitted to the Soviet counterintelligence information about more than a thousand agents who were sent to the Red Army units, which significantly accelerated their search and detention. For the entire period of the Great Patriotic War, the saboteur Chekists destroyed and neutralized hundreds of spies, spies, provocateurs from punitive and reconnaissance-sabotage fascist bodies.

For four years of the war, brigade fighters destroyed 145 tanks and other armored vehicles, 51 aircraft, 335 bridges, 13181 wagons and 1232 locomotives. In addition, 1415 crashes of enemy echelons were carried out, 148 kilometers of the railway track were disabled, more than four hundred other sabotage was carried out. Mine brigade installed more than forty thousand mines.

For courage and heroism shown in the war, more than a thousand Omson troops were awarded with medals and orders, more than twenty fighters received the title of Hero of the Soviet Union.

At the beginning of 1943, a separate special-purpose motorized rifle brigade was reorganized into a special-purpose squad under the NKVD-NKGB. This unit was clearly focused on reconnaissance and sabotage operations. At the end of 1945, OSNAZ was disbanded. After the war, the experience of the special forces athletes was studied in detail and improved by specialists, which resulted in the creation of special forces that are currently in almost every country. And even though the brigade’s activity was only a small episode in the actions of the Soviet troops, it was very revealing. And the first special forces for heroism called the "Brigade of the brave." Unfortunately, many fighters died, because the combat experience was mined directly in battle sites, and of those lucky enough to stay alive, very few returned to the big sport.