Cheerful mood: we go to the bottom. On the prospects of the great Arab-Jewish-Persian war 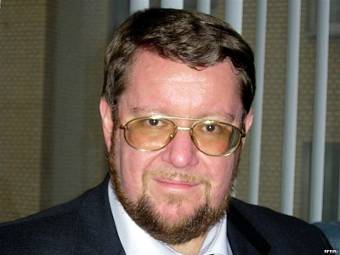 "The mood is vigorous, we go to the bottom" - it was at one time the Soviet submariners such a joke. With double overtones. This phrase is quite possible to describe the "big deal" between the countries of the "six" and Iran. At least, two key regional geopolitical opponents of Iran believe this: Saudi Arabia and Israel. This position is held by the United States Congress.


And the latter circumstance can greatly complicate the current US administration's interaction with Tehran. There are several reasons for this. First, Congress does not believe Iran. Secondly, which is much more significant, he does not believe President Obama. And this concerns far not only Republicans, but also many Democrats. And finally, all those lobbying organizations that act in favor of Saudi Arabia and Israel, and all those congressmen who are associated with these organizations, are strongly opposed to the “big deal”. And the old Iranian elite, which is abundant in America and which does not have the slightest sympathy for the ruling regime in Tehran, adds its note to the concert.

Presidents are different. AT stories The United States had presidents whose congress went high. There were those to whom the congressmen did not pay much attention. Strong and weak. Charismatic and not very. Conservative and liberal. But few of them decided on such unpopular experiments as Obama. Normalization of relations with Iran on Iranian conditions, and this is exactly what we are talking about, no matter what the diplomats say, with an extremely low rating and a clear inability to cope with all the tasks that he has assumed, gives Obama opponents a chance to drown his presidency . There is no doubt that they will not miss this chance.

Obama lost the war on international terrorism. It is not known why he got involved in the Libyan campaign, unleashing Islamist hands in North Africa. He handed over the allies of America in the Middle East in exchange for an alliance with representatives of political Islam, who are just as little sympathetic to the Americans and their president as frank terrorists. He left Iraq and leaves Afghanistan, leaving behind a civil war and weak but not loyal to Washington governments. Literally blew up the States with medical reform. Put the state on the verge of default because of the budget crisis. He almost repeated the Libyan scenario in Syria, retreating under pressure from Russia and China, which equally lowered his rating. And he began negotiations with Iran.

As a result, all those who are watching the president believe that he is an assertive populist who has no idea about the real goal of his policy and thinks only about achieving a short-term advertising effect. The initiatives he implements are not calculated, not justified, and either do not produce a result, or the result is the opposite of the stated goals. Moreover, the list of examples that confirm this is more than great.

Accordingly, Congress will do everything possible to block the activity of Barack Obama in the Iranian direction, regardless of what he promises to the allies of the United States and how he will justify the results achieved by his diplomats. Not the reputation of the current president to take a deal with Iran on faith. Moreover, the professional intelligence and military elite treat it with restraint. And specialists in the Middle East have their doubts.

Of course, politically correct generals, all of whose virtues are that they do not fall into sex scandals and do not quarrel with the State Department, are on the side of the president. As well as left-wing professors who set the tone in a variety of American universities. There are plenty of them in America, and they are the backbone of Obama's intellectual team. But there are no less realists and professionals in the USA. And they very well understand that Iran as a result of the implementation of the agreements reached loses nothing, but it acquires a lot.

Interests of the Islamic Republic

This, it should be noted, is confirmed by the Iranians themselves. One may say that the statement by the Minister of Foreign Affairs of Iran Mohammad Javad Zarif, made in mid-December a day before the talks in Vienna, that Tehran can resume uranium enrichment to 20% in less than 24 hours - reassure the Iranian conservative-patriotic camp, which criticizes the Geneva agreements. Words are spoken. It is also said that the agreements with the "six" mean recognition by the world community of the Iranian nuclear program. That is fundamentally contrary to the claims of US officials.

Whoever is telling the truth in this case is completely irrelevant. It is only important that the parties consider agreements concluded in Geneva from diametrically opposed parties. And they are doing everything to confirm their words with deeds. What draws the G-6 and Iran into a long, bitter skirmish about what was meant in Geneva, as interpreted in Tehran, violates or does not violate Iran’s spirit and letter of agreements, torpedoes agreements as such or leaves room for further negotiations … And so on and so forth…

Moreover, it is clear in advance that the Iranians as negotiators are much more adept than the Americans and especially the Europeans. Will use any chance. Stretch time to the maximum. And, as it was already ten years ago, when the current President Rouhani headed Tehran’s team in negotiations with the same “six” on the same nuclear program, ultimately, will take it to a new level. What is this level? Will Iran create a nuclear bomb or will it be possible to create it in the shortest possible time? In essence, this is the same thing.

Note that Iran cannot retreat and will not retreat. The imperial military-political lobby is too strong in the country and is set up for a tough conflict with the West, Saudi Arabia and Israel. The negotiations in Geneva and the agreements concluded there by representatives of this lobby are perceived as treason. Fortunately, unlike 2003, they are no longer afraid of America, rightly evaluating the results of the military campaigns of Washington and its allies in Iraq and Afghanistan as a failure.

The only thing Rouhani can do to build bridges with an influential political group interested in escalating the conflict is to demonstrate that in reality there are no concessions. And this makes it necessary to listen to those politicians in Jerusalem, Riyadh and Washington, who assess Iran as a player who tactically outplayed their negotiating partners and retained everything that is strategically important to it.

Be that as it may, Israel is expanding the geography of its partners, trying to establish a dialogue with China and Russia. At the same time preparing for war with Iran and its allies, if this does not help relieve tension in relations with Tehran. The words of Russian President Vladimir Putin about the danger of a crisis in relations between Iran and Israel and the need to normalize them, in which Russia is interested, sound much more convincing to Israel than assurances from the American President. Because Putin in Jerusalem believe. And Obama, after the events of the “Arab Spring”, is somehow not very.

On the verge of a great Middle Eastern war?

However, if it is theoretically possible to separate Israel and Iran in different corners of the ring, it only follows that the Islamic Republic did not provoke Israel in all directions, with Saudi Arabia the situation is much worse. It is she who is most interested in disrupting the Geneva deal and in the war with Iran. Although, obviously, will try to stay away from direct military action.

Everything that has recently been known about the “embassy war”, in which Iran’s diplomatic missions are attacked (it was started by an explosion at the Iranian embassy in Beirut), about the exchange of information between Saudi and Israeli secret services and those responsible -Riad of the mercenary "army of Mohammed" from 250 of thousands of fighters, indicates that Saudi Arabia is more than serious about Iran. It is also quite serious to take the statement that the appearance of an A-bomb in Iran means the need to master the same weapons for KSA. The kingdom at any moment will receive an atomic bomb from friendly Pakistan. Together with carriers and staff. And if necessary, with the equipment necessary for its reproduction. Although in fact the whole complex can remain on Pakistani territory. The nuclear arms race in the region and the world as a whole is ensured. The Geneva nuclear deal with Tehran in this case will lead not to disarmament, but to exactly the opposite result, burying the non-proliferation regime as such.

The author is not inclined to succumb to the magic of numbers, but it is curious: will the 2014 year be any different from its predecessors? World War I began in 1914. In 1814, the victory over Napoleonic France was won. In 1714, the war for the Spanish Succession ended, and Russia defeated Sweden. Well, and so on. Each time in the end, the world seriously changed.

If we take for granted the statements of Western analysts made after Geneva that Iran has 36 weeks left before the atomic bomb, then by August of this very, 14 year, the Islamic Republic has a chance to complete it. Symbolic at the time, my friend, as Vladimir Ilyich Lenin could have said about this with his characteristic grading. And they understand this in at least two countries: Israel and Saudi Arabia.

Which means: either Putin will succeed, and Iran will stop provoking Israel. Without which, the Geneva agreement penny is not worth it and will not be worth for anyone except Barack Obama. Or there will be a war. Israelis simply have nowhere to go, they want to live. Yes, and the Saudis need it. In general, as it was said: the mood is vigorous. We go to the bottom.