News of the aviation engine industry of Ukraine

January 9 2014
12
Last week the Interfax-AVN news agency reported some interesting details on the progress of work on the creation of promising aviation engines. 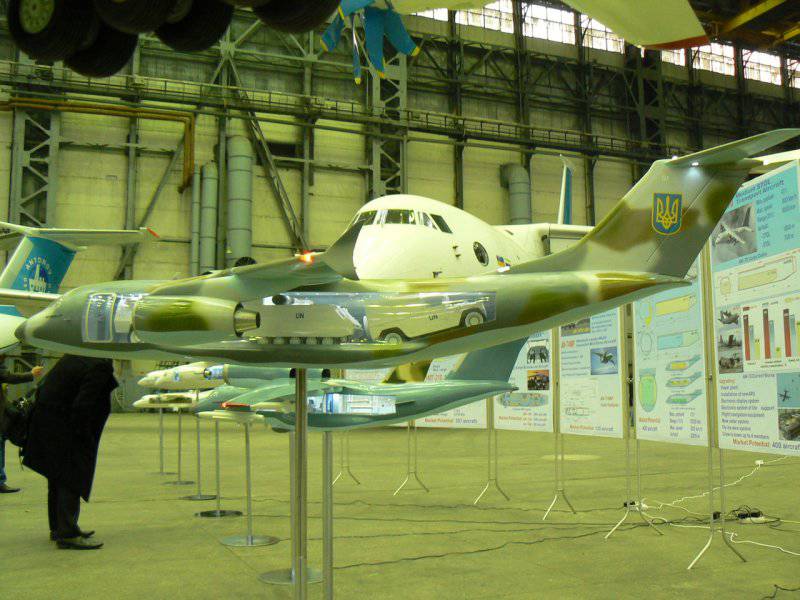 As the general designer of the GP Ivchenko-Progress Igor Kravchenko said, the first experienced medium military transport aircraft An-178 will be provided with modified D-436-148F aircraft engines (FM - Fyodor Muravchenko). "In the third quarter of 2014, the company will ship the aircraft developer, the Antonov state enterprise, the first two combat engines D-436-148ФМ to be installed on the first An-178 aircraft," he said. According to him, "the first batch of such engines is being manufactured, including for the first An-178 aircraft and two for the certification of the engine as a modification of the D-436-148". 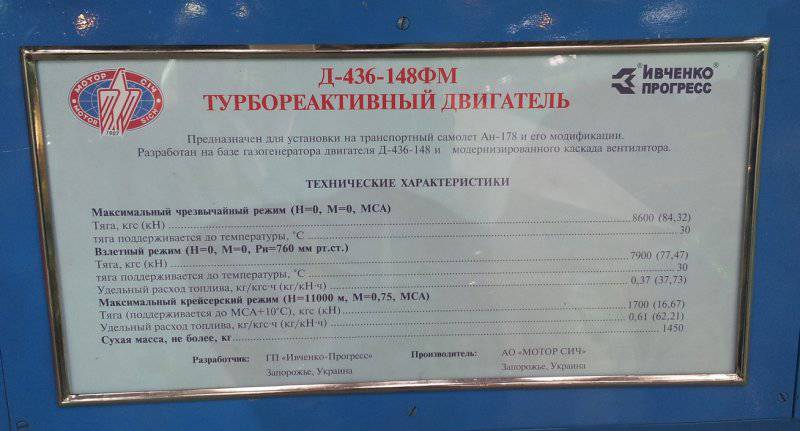 He noted that "tests will begin this year, and engine certification tests can be completed in the second half of 2015 of the year." "The base for creating the D-436-148FM is the D-436-148 serial engine installed on the An-148 family of aircraft. The distinctive feature of the D-436-148М is increased by more than one ton of thrust - 8560 kg in emergency mode and 7700 kg - on take-off mode, - said the general designer.
Igor Kravchenko also shared information about the development of the D-18 engine modernization program. According to him, it is planned to install D-124Т engines of the 18М series on the upgraded An-3 type aircraft. The engine has improved performance and performance for noise, environmental parameters. It was noted that the production of the first pilot batch of D-18T 3М series engines is underway. 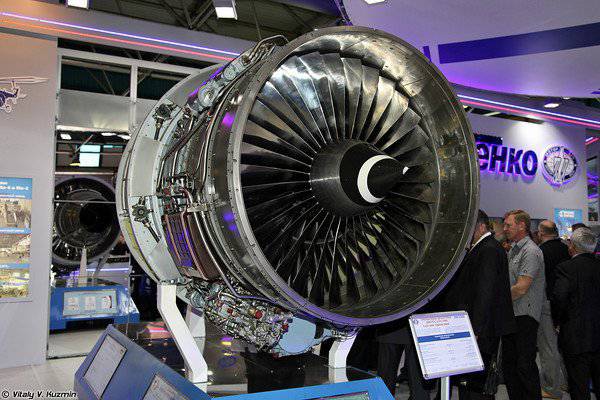 "In accordance with the current plans, the engine in the third quarter of the 2014, the year will go to ground bench tests," - said the general designer. He explained that "the engine modification being created will be able to work at elevated ambient temperatures." “The creation of this engine with a constant take-off 23,4 is ahead of the development of the modernized An-124 aircraft, the production of which is planned to be resumed in Ulyanovsk,” said I. Kravchenko. 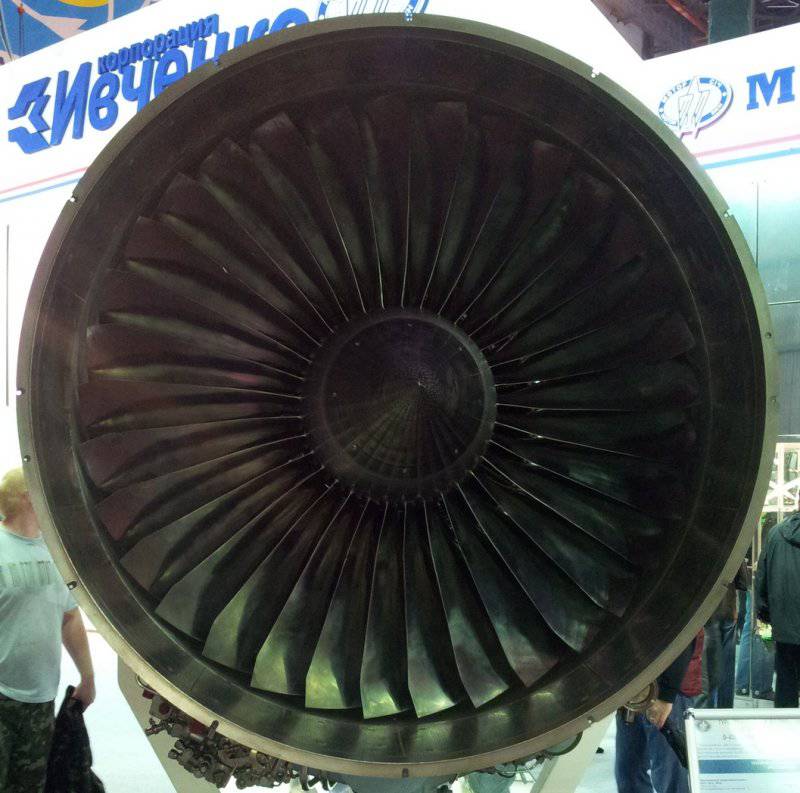 He noted that the upgraded engine will be equipped with Fadec electronic control system of fuel consumption before the end of its supply. Installing this system will increase the potential of the engine at 20-25%, - said the general designer. According to him, during the repair of the An-124 aircraft of the Russian Ministry of Defense, the D-18Т series of the 3 series instead of the D-18Т series of the previous series are put on the aircraft. 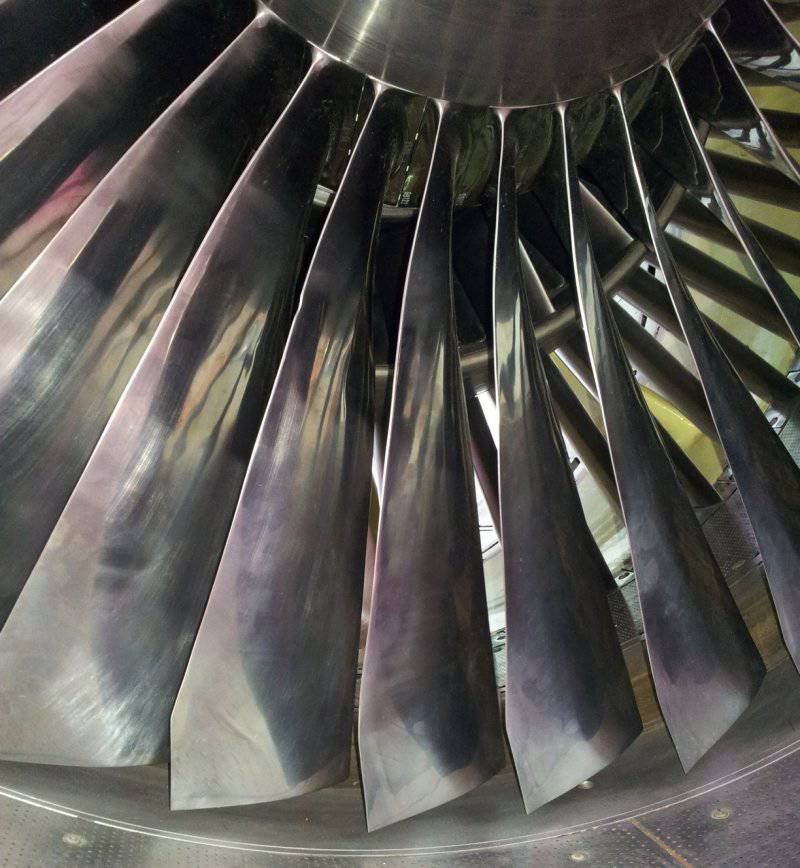 He also noted that the state-owned Ivchenko-Progress company has proposals for building an X-NUMX D-18T engine with take-off load up to 5 t in cooperation with Russia for promising Russian aircraft. At the same time, he believes that through the 32-4 years, it is actually possible to begin mass production of such an engine. But for this we need a target program, funding and a new aircraft project.

“The share of Moscow’s Salut in the production of Ukrainian-designed D-27 aircraft engines should be increased from approximately 30 percent to 50 percent,” said V. Boguslayev. He noted that Salyut has been active for many years in cooperation with the Ukrainian Motor Sich JSC to master the production of AI-222-25 engines for Yak-130 combat training aircraft, as well as D-27 engines for military transport aircraft An-70 and others, "recalled V. Boguslaev.

According to him, Motor Sich is ready to give 50% of the production of aircraft drivers to Russian enterprises XNUMX, first of all, to Salyut.
"The most modern production at Salut. The company makes the most complex knot, the D-27 engine gearbox, which we have on tests shows very good results," said the President of Motor Sich JSC.

In his opinion, the work on the construction of a test bench for testing the D-27 engines must be deployed at Salute. “Moreover, it is necessary to build two stands in parallel to carry out resource tests. Today there is no place for D-27 in Russia,” said V. Boguslaev.

He noted that Motor Sich had mastered the entire production of the D-27, except for the gearbox. “But this is wrong, we must do the gas generator together with Salut,” said V. Boguslaev.

He also said that Metalist Samara plant is going to be involved in the production of D-27 engines, where Yury Yeliseyev, who worked at Salute for a long time, is also working as an executive director. “Yury Sergeevich Yeliseyev launched a vigorous activity on the development of the hot part of the D-436 and D-27 aircraft engines. And he does it right,” added V. Boguslaev.