What is under the tree? 2013 Results of the Year 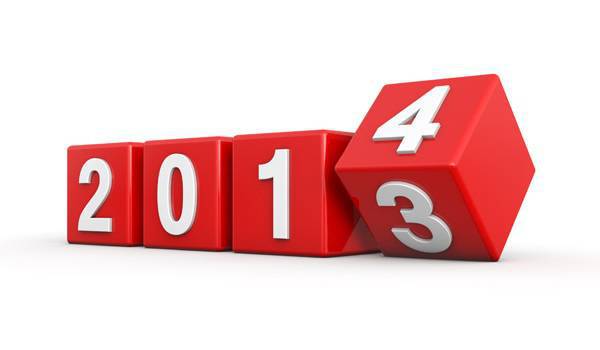 Especially a lot of gifts from Russian President Vladimir Putin. There is an expensive gift from America - Snowden, whose initiative turned into a revelation of US global computer surveillance. With this unexpected acquisition, Putin split the Western world and exacerbated it with his know-how.

The second gift is Syria with Bashar Assad. Here, at the last moment, the American Eagle managed to shove a chemical into its beak. weapon, and satisfied, he flew away from Syria. Of course, the fighting in Syria did not stop, but the sane forces there still became easier. The chances that Syria will not repeat the fate of Libya have increased significantly.

The third gift is Ukraine. The teeth of “Europe” gnawed at the very throat of our fraternal republic, a little more - and it would become one of the European colonies, like Greece or Romania. But at the last moment, President Yanukovych understood the brunt of his future position, and Putin helped with advice and credit. Indeed, the “Belarusian” or “Kazakhstani” future is much better than the “Greek” or “Romanian” one.

The non-systemic tree of ours has one, but a long-awaited gift - a former oligarch and gray cardinal of the Russian 90 policy, Mikhail Khodorkovsky, who was liberated and moved by air from the colony of the city of Segezha to the brilliant city of Berlin.

This fantastic adventure happened thanks to the ex-German Foreign Minister Hans-Dietrich Genscher, who managed to persuade both Putin and Khodorkovsky. Lastly, through lawyers, write a petition for pardon, after ten years of categorical refusal to do so.

The Western press is confidently broadcasting that Putin has decided in this way to improve Russia's image in the eyes, of course, of the West before the Olympic Games in Sochi. Of course ... But Khodorkovsky and Genscher decided to help him with this: a strange kind of Olympic alliance - only for the sake of the success of the Sochi Olympics. Moreover, Khodorkovsky has already managed to urge Western countries to “not give Putin a gift” in Sochi. After he made it ...

With the early release of Khodorkovsky, things are not as simple as the Western and our pro-Western press tells us. Nine months remained for Khodorkovsky until the end of his sentence, and the laurels of the liberal martyr, and maybe even the halo of the new “Nelson Mandela”. They were preparing to meet him in Moscow with flowers ...

And instead, liberation and flight to Berlin, allegedly to a sick mother in a German clinic, which instead of the clinic turned out to be ... in Moscow. This is more like a political combination with far-reaching goals, rather than the Olympics on the nose, but whose is it? Putin or Genscher? Or Khodorkovsky? The last character of this stories He says that he is not going to engage in politics, but only in public and human rights activities. Of course ... This is not a policy at all, especially in Russia.

The widow of Vladimir Petukhov, who was shot by hired killers of the mayor of Nefteyugansk, appealed to Khodorkovsky with a request “not to make a sacrifice”: around YUKOS, too many people were hindering his business. This is the most suitable New Year's wish, by the way, not only to Khodorkovsky, but also to our other political prisoners. In the West, the shadow of Berezovsky will inevitably loom over Khodorkovsky, after all, they are one field of berries.

New Year's holidays darkened the bombings of terrorists in Volgograd. Innocent people died. Bitter and painful. Their blood fell on the bandits, and she cries for retribution.

Ctrl Enter
Noticed oshЫbku Highlight text and press. Ctrl + Enter
We are
Results of the week. “Excuse me, aren't you crazy?” - “No. I have a certificate "The first results of the exhibition IDEX-2013
Military Reviewin Yandex News
Military Reviewin Google News
63 comments
Information
Dear reader, to leave comments on the publication, you must sign in.