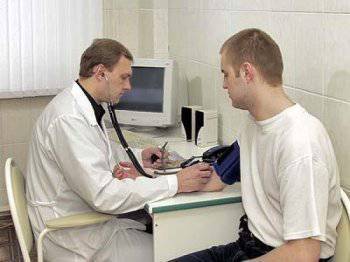 The human factor is one of the main causes of transport accidents. Moreover, we are talking here not only about road transport, but also about aviation. Today pre-trip medical examination of drivers and pilots - the norm by which some representatives of transport companies are trying to pass. This is often the cause of a traffic accident or a plane crash.
In the practice of transportation, this also happens when a pilot or driver goes on a flight if there is a sufficiently serious illness. But when it comes to transporting people or valuable goods, then you need to pay close attention to any discomfort and seek help from a doctor. In this case, even an increase in temperature or pressure before the flight can lead to negative consequences, which absolutely cannot be allowed.
Before the car and air travel drivers and pilots are required to undergo a survey for the presence of alcohol in the blood. In the practice of Russian and world transportation there are quite a few cases when the pilot of an airplane flew an aircraft while intoxicated. This led to the worst consequences.
Of great importance in the implementation of transportation is not only the state of health of the pilot (driver, driver), but also his professionalism. In some cases, at the helm of the aircraft are such people who did not have sufficient practice in its management. One of the tragedies associated with the lack of management practices for a particular type of aircraft occurred not so long ago in Kazan. There, while attempting a go-around to the ground, a Boeing-737-500 passenger plane crashed at full speed. The investigation of that tragedy has not been fully completed, but the main reason for it is the human factor.
A lot of cases of driving a vehicle by non-professionals began to be recorded after the system of professional training was actually destroyed. An acute shortage of professionals takes place in civil and military aviation. Quite recently, former Commander-in-Chief of the Air Force Deinekin spoke on this subject, saying that the supply of equipment to the troops is ahead of the training of professional flight personnel. And what the driving of an vehicle (aircraft) by an inexperienced person leads to is not well prepared, it is well known.
Ctrl Enter
Noticed oshЫbku Highlight text and press. Ctrl + Enter
We are
60 years ago made the first regular flight of the Soviet passenger liner Tu-104