Sergey Lavrov: "It's time to finally close the Iranian problem" 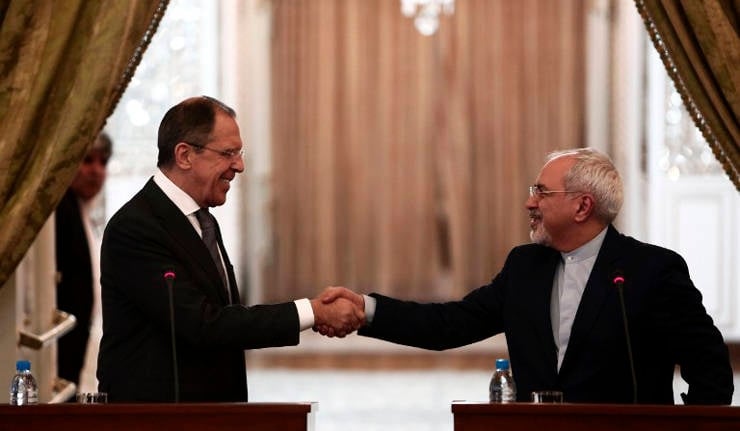 Russian Foreign Minister Sergei Lavrov urged to begin consultations on reaching a final agreement with Iran on the nuclear issue. He made such a statement at a press conference following talks with his Iranian counterpart Mohammad Javad Zarif.


"The main thing, in my opinion, is to do everything that was agreed upon (Iran and the" six "), not to try to interpret the agreements written in this document extensively or narrowly, parallelly, which is very important, to begin consultations on the parameters of the final package, which will arrange everything point over the "i" and close this problem completely, "- said the Russian minister. 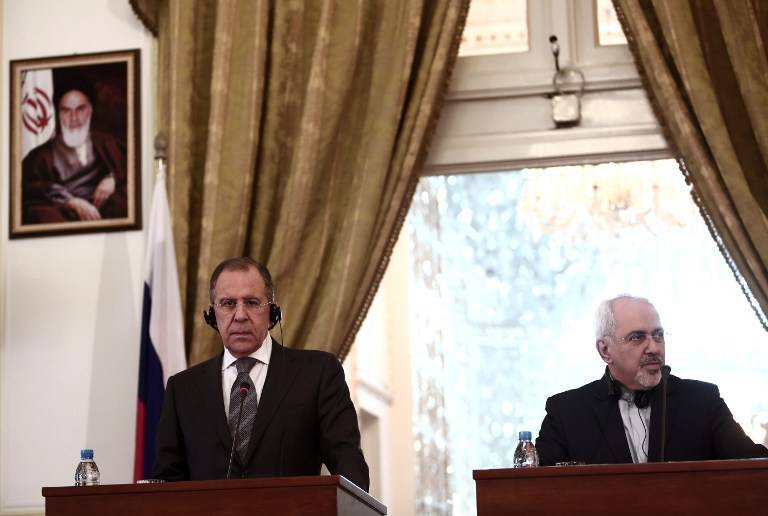 Lavrov noted that the IAEA inspectors continue their work in Iran, taking into account the agreements reached in Geneva.

"We reviewed the outcome of the Geneva meeting, at which an agreement was reached on a phased and mutual advancement in resolving the situation around the Iranian nuclear program, so that the result of this work was the recognition of Iran’s right to a peaceful atom, including the right to enrich uranium for these purposes, at the closing all the questions that remain with the IAEA ", - said Sergey Lavrov. 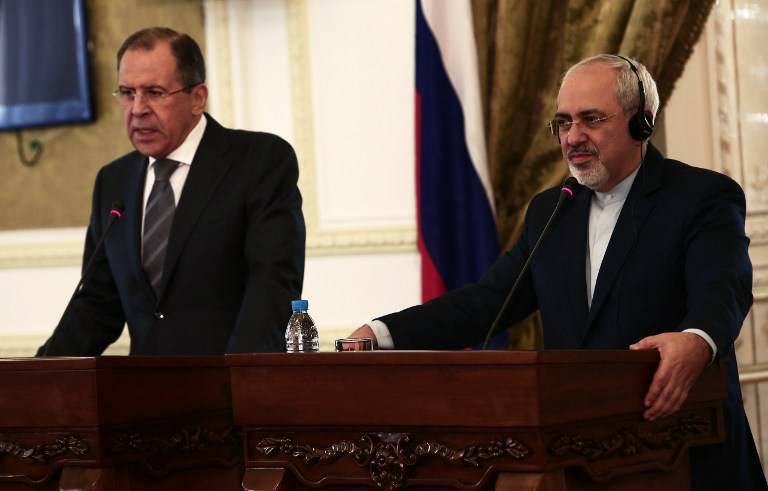 According to him, progress has been made in relations between Iran and the IAEA.

“We have a common understanding that we need to implement the Geneva document in good faith to all parties, we will strive to achieve this. As well as we will work hard and purposefully work on the next stage of the settlement: the final package that will completely close this problem in the foreseeable future”, - noted Lavrov.

“We have set ambitious deadlines, both Russia and Iran are aimed at meeting these deadlines,” Lavrov stressed. Speaking about the preliminary agreements reached by the "six" and Iran in November, Sergei Lavrov noted that their implementation has already begun.

"The IAEA inspectors are already continuing their work in Iran, taking into account the agreements that were reached in Geneva. The new committee consisting of the members of the 5 + 1 group, Iran and the IAEA will help this process. And, of course, those consultations help that are intensively between Iran and the IAEA on issues that the agency would like to clarify to the end, "he explained. 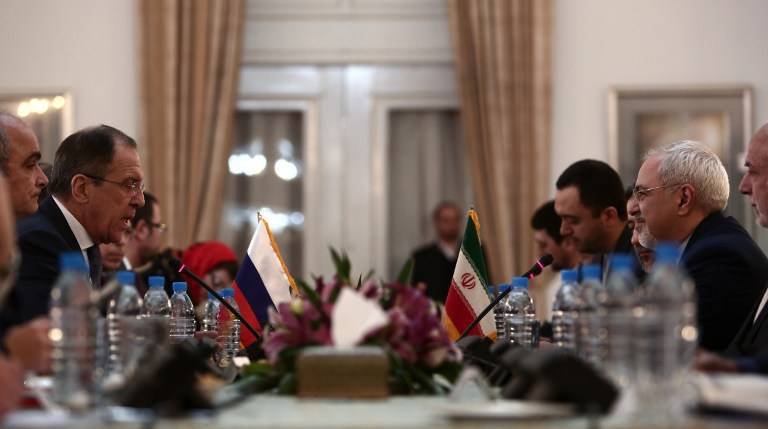 Sergei Lavrov said that he did not arrive in Iran as a representative of the "six" international intermediaries for the Iranian nuclear program.

“I’m not in my capacity as a representative of the 5 + 1 group, I don’t have any special powers from this group,” he told a press conference on the Russia 24 channel.

According to the head of the Ministry of Foreign Affairs of the Russian Federation, "at this stage nothing of this is required, because the agreement is fixed on paper."

“It took a lot of time to negotiate this agreement,” Lavrov said.

In Tehran on November 11, the IAEA and the government of Iran agreed to expand cooperation, and on November 24 in Geneva, representatives of the Six (five permanent members of the Security Council and Germany) agreed with Iran that it would sharply limit uranium enrichment in exchange for a gradual reduction of international sanctions in respect for Tehran.

The United States and several other Western countries suspect Iran of developing nuclear weapons under cover of the peaceful atom program. Tehran rejects all accusations, stating that its nuclear program is aimed solely at meeting the country's electricity needs.

Iranian Foreign Minister Mohammad Javad Zarif noted Russia's important role in "preventing a regional catastrophe in Syria." Sergei Lavrov, in turn, recalled that the Russian Federation is in favor of Iran’s participation in a peace conference. By the end of 2013, invitations to Geneva-2, which will take place on 22 on January 2014, should be sent out.

Western countries are beginning to realize the need for Iran to participate in the Geneva-2 international conference on Syria, said Sergey Lavrov. “In my contacts with Western colleagues, with colleagues from the countries of the Middle East and North Africa, I begin to feel their growing understanding of the importance of inviting all key players, including Iran,” he said.

"Lakhdar Brahimi and UN Secretary General Ban Ki-moon are also in favor of this," the minister continued.

"I hope that the list of those to whom invitations to Geneva-2 will be sent out, and this should be done before the end of the year, the Islamic Republic of Iran will also appear," Lavrov said.

Referring to the possible threats of disruption of the Geneva-2 conference on Syria, he said that such attempts would be a gross violation of the will of the international community.

"The date of the conference has already been announced, and attempts to disrupt this event will be a gross violation of the will of the international community," said Lavrov.

At the same time, the Russian Foreign Minister noted that he had not heard of statements by Saudi Arabia’s representatives that if Syrian President Bashar Assad intends to participate in future elections, the country will not assist in convening the Geneva-2 conference.

“I have not heard of such a statement by the representatives of Saudi Arabia, but I presume that the initiative of holding Geneva-2 received the full support of the international community. This initiative was supported by the UN Security Council resolution 2118, which was adopted by consensus The UN is mandatory for all members of the organization to implement, ”said Sergey Lavrov.

The minister added: “We occasionally hear that a country is dissatisfied with the upcoming event - I hope that it will surely take place, that someone considers it much more productive, quick to solve the problem by force, through external intervention. But confirming these rumors I I did not receive from anyone. "

He stressed that he firmly proceeds from the fact that "the responsible countries must do everything so that the Russian-American initiative, approved unanimously in the UN Security Council, is crowned with success."

“Our relations contribute to ensuring security in the region and around the world,” said Zarif. “They are long-term and principled.”

"The role of Russia as a member of the Six was very important and influential," he added. "This is our best friend."

He also said that Russia's role is very important "in overcoming the regional catastrophe in Syria."

"We are cooperating on this issue," said the head of the Iranian Foreign Ministry. "We hope that this will help ensure overall security."

At the same time, Iran insists on the fulfillment by Russia of its obligations to supply anti-aircraft missile systems C-300.

“We still insist on the implementation of our previous agreements. Our negotiations continue and will continue between various high-ranking officials of the two countries,” Zarif said.

"We hope that, on the basis of good and warm relations between the two countries and in view of the existing promising cooperation projects, the parties will be able to resolve this issue," he said, answering the journalists' question whether Iran would agree to the supply of Antey-2500 complexes instead of C-300.

Ctrl Enter
Noticed oshЫbku Highlight text and press. Ctrl + Enter
We are
A great interview with Sergey Lavrov: about Ukraine, Obama and IranStanislav Tarasov. US may tacitly recognize Iran as a nuclear power
16 comments
Information
Dear reader, to leave comments on the publication, you must to register.