Prospects for the development of the situation in Afghanistan after 2014 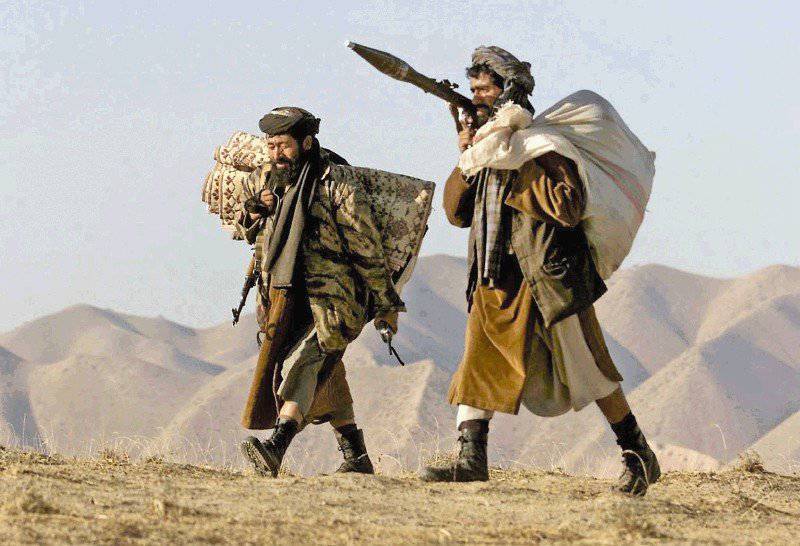 The East is preparing for the fact that in 2014, the withdrawal of NATO troops from Afghanistan will be completed, and therefore the influence of the United States in the region will sharply weaken. Of course, the US military will remain in the country, but now they will not go into the heat of battle, just by instructing the armed forces of Afghanistan. One can imagine how the Afghan soldiers will act after the US foreign detachments leave the country, and the threat to get a bullet in the head for going over to the side of jihadists or local militia will disappear. And although drones will still hover in the sky over the Hindu Kush mountains, the whole Afghan land will be in the hands of the opposing factions.

The leading role in the Afghan opposition still belongs to the Taliban. This movement uniquely combines the features of Islamic fundamentalism and secular European nationalism, which is generally not typical of radical Sunni fundamentalists. Using his authority, the Taliban can strengthen in many parts of Afghanistan, including the capital. The first task of the Taliban will be the centralization of power and the destruction of competitors - supporters of global jihad, who have “traveled” to Afghanistan from the Middle East, the Caucasus and Central Asia. It is unlikely that after 2014, the Taliban will be interested in expanding into neighboring states. Any border incidents will only be related to tactical maneuvers and smuggling.

In turn, the militants who have “poured” in Afghanistan will work in every possible way for the money paid by the sponsors — Saudi Arabia and the Gulf monarchies. It is possible that after the 2014 of the year, the United States will resume funding for the militants, as it was before the 1989 of the year. Then the country will be re-pumped to the eyeballs. weapons in order to become a source of instability for China, Iran and Pakistan. Russia, which is interested in regaining its lost positions in Central Asia, will face a powerful challenge in the form of global jihad. The tasks of militants funded from abroad are exporting jihad to neighboring countries and joining Afghanistan to the Caliphate. And although the latter goal is unattainable, Islamic fundamentalists will still become a headache not only for the neighbors of Afghanistan, but also for the Taliban.

In addition to the Taliban and cosmopolitan jihadists, there is no other real opposition in Afghanistan. The ideas of the secular Kabul intelligentsia are not popular among the people, and the internal opposition to Hamid Karzai, like the current president himself, exists solely at the expense of the United States.

What will be the next stage of the war?

If the Taliban gain power after NATO’s withdrawal, they will have to look for patrons in order to resist the jihadists. Militant rhetoric will need to change in favor of the neighbors. Thus, there is a chance that the Taliban will become ready for a compromise with the Eastern world, but not at all the Western: obviously, the United States and its allies were defeated, and the winner always dictates his rules to the loser.

However, external support to the Taliban will be needed only if jihadists create a serious threat to this movement. In addition to the Islamists, local tribal, confessional or territorial militias and alliances will join the fight against the Taliban. Some of them, perhaps, will support the new government, provided that they receive preferences. The rest of the Taliban will have to destroy or push outside the state. Here the most interesting begins: where will the jihadists and members of the militia go?

With great probability, many losers will go to Afghanistan, Tajikistan, and Uzbekistan in order to regroup and launch an offensive with new forces. A network of training camps and military bases are needed along the perimeter of the borders of Afghanistan, which are necessary for jihadists to train neophytes.

Part of the militants, funded by the United States and the Sunni monarchies, can break into Iranian territory for sabotage, another part of the losers will try to join forces with the opposition in the Central Asian republics. Some adventurers, once in Afghanistan or Tajikistan, may even instigate full-fledged civil wars in these countries in order to create their own emirate.

Thus, as soon as the Americans leave Afghanistan, hands will be untied from a huge mass of people who know nothing but military art. The militants will no longer need to fight with an external opponent, and they will send weapons against each other. The ranks of the warring factions are quickly replenished with deserters from the police and armed forces, so Hamid Karzai will lose all support at all. The coming of the Taliban to power will then be considered as a stabilizing factor. On the other hand, the losing groups in the hope of escape from persecution will cross the border and settle in neighboring countries with Afghanistan.

Major Asian players are taking action to stop a potential threat from Afghan jihadists. The most active are Russia, India and China, and each of these states uses its own methods. For example, Russia does not interact with Kabul directly, but conducts a dialogue with key countries of Central Asia through the SCO and CSTO — the format of both these organizations is excellent for a multilateral discussion of the Afghan problem.

China combines opposition to Islamic militants with efforts to expand the Middle Kingdom in the western direction, to the Caspian Sea. If the PRC is doing something that could help the Central Asian republics, then in return it will necessarily require the granting of any privileges. In turn, India is acting thinner, and is engaged in training Afghan officers. Even if these soldiers join the fundamentalists in the future, the memory of India as a friendly country will remain with them. Do not forget that the enemies of Delhi are not all Muslims, but only Pakistan. In contrast to its alliance with China, India could enlist the support of Afghanistan, even if the Taliban be in power there.

Iran, meanwhile, continues to strengthen its eastern border. In addition to Afghan jihadists, Tehran should also be wary of Baloch nationalists, as well as simply organized crime of all stripes. But the Iranian commandos have a wealth of experience in dealing with the militants, so that Iran will be able to keep the situation under its control in the coming years, if, of course, nothing unexpected happens.

Pakistan and Tajikistan will have the hardest time, where civil wars may break out at any time. If these countries fail to find reliable allies in a timely manner, they will face a sad fate. Moreover, it is possible that the Taliban will try to come to a compromise with the governments of Pakistan and Tajikistan in order that they, too, begin a struggle against jihadists who are ready to settle in their territories. The Taliban, ready for dialogue, this time engaged in solving the internal problems of Afghanistan, is one of the best options for Russia, since we will have several years to better prepare for the invasion of Sunni fundamentalists from the south. And it will happen: there are all signs that secular regimes in many Central Asian republics will be overthrown by the so-called “Arab Spring” pattern, and destructive processes will be launched in Central Asia at the suggestion of Western countries. The wave of violence can come to the Volga region - the central regions of Russia. Therefore, we need to urgently increase our military and even economic presence in the Central Asian republics: it is better to defeat the enemy on foreign territory than on our own.

Ctrl Enter
Noticed oshЫbku Highlight text and press. Ctrl + Enter
We are
The southern frontier is under threat. Will Central Asia protect itself?"IG" in Afghanistan. Will the war come to Central Asia?
16 comments
Information
Dear reader, to leave comments on the publication, you must to register.