Negotiations between Washington and Hezbollah: friendship against al Qaeda? 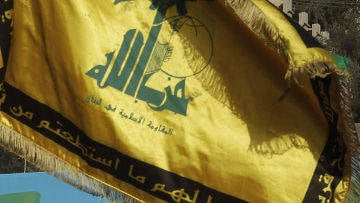 For at least a month, Eastern media have been writing about some secret talks between the White House and Hezbollah. It is noted that Washington suddenly turned its back on the "rebels", and turned its face to Syria, Iran, Russia and Hezbollah. Curious about turning 180 degrees, especially if you recall the slogan of the US Secretary of State (former) Hillary Clinton: "Assad must leave." And remember that Mr. Obama called Madame Clinton America's best secretary of state for all history country. And now it has come to the point that the Tomahawks have been canceled, and the “rebels” are ready to unite with the forces of Assad in order to defeat the sharmatchik-sponsored Wahhabi Saudis. And then there's the weird news about negotiations with Hezbollah, whose fighters are not very likeable to the US ally Israel.


At the beginning of November, many media outlets, including those in Russian, reprinted a message from the newspaper Al-Anbaa (Kuwait). The note dealt with negotiations between representatives of the United States and Hezbollah, and not just anywhere in the bunker, but directly at the US Embassy in Beirut. The source of information, of course, wished to remain anonymous.

According to him, they talked about some "indirect" contacts (apparently, through intermediaries). Anonymous also noted that we can talk about warming in relations between the United States and the Lebanese movement: after all, Sheikh Nasrallah in his last speeches had never attacked the United States. Previously, he could not afford such peace. Moreover, later the US ambassador to Lebanon, David Hale, stated that “the Lebanese government cannot be formed without the participation of Hezbollah.

An anonymous person, who called himself a Lebanese deputy, also expressed an opinion on the new geopolitical priorities of the United States. The talks between Washington and Hezbollah, in his opinion, are the result of improved relations between the United States and Iran.

At the end of November, there were other reports of secret negotiations between the United States and Hezbollah. Their source was this time the Kuwaiti newspaper Al-Rai. Moreover, it was reported that between the Lebanese Shiites and the Americans were mediated by the British - unnamed diplomatic staff. Hezbollah was brought closer together by the Americans and the British, allegedly by al-Qaeda’s general rejection and issues of regional stability in general.

The newspaper does not name its informants, citing certain "high-ranking British diplomatic sources." The very process of negotiations was allegedly set as follows: the British are talking to the Lebanese, and then sharing information with the Americans. Why do we need intermediaries? Because Hezbollah is recognized as a terrorist organization in the United States. Washington can't have conversations with her.

Just as in the previous case, the journalists suggested that the Americans went for a negotiation rapprochement with Hezbollah because of the thaw in relations with Iran.

Finally, quite fresh news (or news in quotes): A few days ago, the United States again held some kind of secret negotiations with Lebanese Shiites. These negotiations were associated with another major strategic defeat that the Syrian rebels suffered on December 8 in Kalamuna. The main Lebanese supply route to the “oppositionists” from Lebanon is blocked by the Assad army, and the Damascus-Beirut highway is controlled by Hezbollah.

To this we must add something.

The other day the Syrian army regained control over the Damascus-Homs highway. This will allow to start the export of chemical stocks weapons to the Mediterranean port of Lattakia.

It is unlikely that after all this, Assad considers the scattered and thinned rebel detachments as a significant military and political force. In addition, the rebels themselves are ready to go to rapprochement with Assad - even ready to fight with him against the Islamists.

About the possible unification of the opposition forces with the government army in Syria, said the commander of the Syrian Free Army Salim Idris. He even abandoned the previously set precondition of peace talks that Assad should leave power before the meeting in Geneva.

Idris complains that his people are fighting on two fronts: against Assad and against al Qaeda branches. Idris doesn’t like the fact that the West does not help him, although he promised, but the Saudis help the Islamists (for example, “Dzhebhat an-Nusra”).

Desperate attempts at propaganda are also going on - absolutely stupid.

Anonymous representatives of the "opposition" accused the Assad troops of using chemical weapons during the battles for the city of En-Nebq. Some opposition anonymous sources told Reuters that in the vicinity of the rebel-controlled city government forces fired two gas-charged projectiles. As a result, not seven died, not nine. Reuters acknowledges that no confirmation of this information was obtained.

The media noted that the White House turned away from the "rebels" because they are basically terrorist forces like the aforementioned Dzhebhat an-Nusra. That is why the United States is now ready to conduct a dialogue not only with Hezbollah, but also with B. Assad. It turns out that it took almost three years for Washington to understand who was on which side and for what “ideas” it was fighting. Congressmen and the White House even began to fear that yesterday's Syrian militants were about to trample on to America. Stupid some Washington, right? The militants have long said that their goal after Syria is the statue of Liberty.

However, the Department of State has previously admitted that it does not understand exactly who the isolated Syrian opposition consists of. In Libya, they say, everything was clear, but in Syria - no. It is only incomprehensible then, where the slogan "Assad should go" came from and Obama’s dubious statements about chemical "red lines". Attacks of democratization, perhaps, tortured? Or did the selfish interests of the military-industrial complex, which Mr. McCain so unsuccessfully lobbied for? Yeah, I would have been silent better!

No, it’s not at all a fact that Washington has led or is in secret negotiations with Hezbollah. One thing is clear: there are no such rumors from scratch. After an extremely unsuccessful policy 2012-2013. in the Middle East, the Americans took a step back. Obama really looked like a “lame duck” - the so-called American president on a second term. You don’t need to worry about winning the election, you don’t really care about the image: you can only hear from Obama that excuses about the “red lines” and absurd maxims about American “exclusivity”. Want to enter the story? Yes, it is unlikely to succeed; but at least it would not plunge - and that's great. Hence the collapse of regional policy, hence the fact that analysts call the “change of priorities”. The “tomahawks” did not fly to Syria, the plans for chemical disarmament of Damascus are being implemented, and Iran received half a year of rest and a slight sanctions relief. The United States, which is rather busy with the difficult situation with China and its new air defense zone, which is not very popular with South Korea and Japan, now all we need is to get a small initiative in the Geneva-2 conference - that is why, perhaps, negotiations are being held with those and these forces. If Syria wasn’t able to be bombed, then at least Hezbollah, which receives its fighting experience, needs to be returned to its native hearths, and to maintain the status of a peacemaker leading Damascus directly to human rights, democracy and peace. Not the place of the white dove is deservedly taken by Russia. Dare, the Nobel laureate Obama!

Ctrl Enter
Noticed oshЫbku Highlight text and press. Ctrl + Enter
We are
Syria: democracy or peace?Syria: Americans scare themselves, and Asma Asad buys chairs
17 comments
Information
Dear reader, to leave comments on the publication, you must to register.