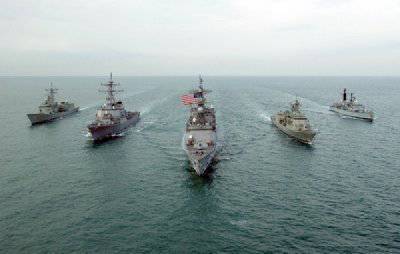 At the end of another year, ahead of the next, 2014-th. It is time to sum up and make predictions on the development of various processes in the military-political sphere both for the near and for a longer term. This is the task that Russian President Vladimir Putin set when, meeting in the 19 Kremlin in November of this year, with the highest command of the power ministries and departments of the country, he said: “We must fully understand the nature and prospects of the military-political processes that are unfolding in the modern world , clearly understand what potential threats may affect the situation around our country ... "


There is no need to emphasize that long-term forecasts in this area should help develop the most important state decisions on the prospective development of the domestic defense industry and the Armed Forces to reliably ensure the security of the country and its citizens, as well as Russia's allies. The basis for this forecast is significant historical the period of development of nuclear missile and anti-missile weapons, the long-term plans of the leading Western countries led by the United States to improve them, political statements at the highest and highest military and political levels that determine the possibility of real use of military force on a regional and global scale for many years.

Their assessment and analysis suggest that in the long-term, competition in the international arena of the Russian Federation and the North Atlantic alliance will remain. It will be conducted with varying degrees of intensity, and the Transatlantic Alliance will remain the initiator. NATO will continue to pursue an offensive line aimed at ensuring domination on a global scale, expanding its membership at the expense of accepting new members, including countries bordering on Russia, will exert permanent military pressure on it, in particular by placing various forces and means at its borders. forward based. The strategic permanent objectives of the United States and NATO will remain the weakening of the military and economic power of the Russian Federation, as well as the prevention of the strengthening of the CIS in socio-economic and military terms.

The leading role in the military alliance of Western states will continue to be played by the United States, which, both within the framework of the transatlantic bloc and individually, will also strive to build up military power. In particular, over the course of two or three decades, a full renewal of the American strategic nuclear triad (ICBM, SLBM and TB) will occur. Washington will not abandon the fundamental revision of its nuclear facilities in the form of the doctrine of offensive nuclear deterrence by deterrence, will not revise its key position on the possibility of using nuclear weapons strategic and tactical assignment in the first preventive strike against a group of individual states belonging to potential adversaries. American strategic offensive weapons will leave in their nuclear arsenal a significant return potential as an active reserve in the form of “operatively undeployed strategic offensive weapons”, which relative to “promptly deployed warheads” will reach 25 – 50 percent (this summer it was 65 percent).

The United States will continue its combat patrols with its SSBNs and strategic submarines converted to conventional weapons (SSGNs), including the installation of cruise missiles and other high-precision and high-speed long-range systems on the sea waters adjacent to the territory of the Russian Federation. Washington will not negotiate with Moscow on limiting the SSBN, PLA and SSGN patrol activities near the shores of the Russian Federation and the United States on the basis of reciprocity.

The United States will in every way resist the removal of its TNW from Europe, which will be permanently subjected to modernization and renewal. Prospective nuclear bomb bombs such as tactical B-61-12 will continue to be delivered by B-2 strategic bombers and their new version, which will appear after the B-52H is removed from service. Under the control of the Pentagon in the territory of four European countries and the Asian part of Turkey will remain up to 10 – 13 centralized storage bases for tactical nuclear weapons.

Subsequent US administrations will not go to create a nuclear-free world completely free of nuclear weapons and their means of delivery, and will set aside the realization of this purely propaganda idea voiced by President Barack Obama. Washington will in every possible way shy away from even determining roughly the time frame for reaching the “global nuclear zero” and the stages of the elimination of nuclear weapons, as was done by the Soviet Union as early as 1986 year.

The United States will propose to the Russian Federation various initiatives in the area of ​​reducing nuclear missile weapons on a selective basis, that is, apart from other arms control areas that have a significant impact on global strategic stability. Such proposals should be taken with great caution if they bypass the solution of the problem of missile defense, tactical nuclear weapons and conventional armed forces in Europe, ignore the issue of preventing the placement of weapons in outer space. Nor can it be allowed that the compromises reached at the arms reduction talks would be of greater benefit to the United States and NATO than to the Russian Federation.

Particular attention will be paid to the further development and improvement of strike-missile anti-missile systems, which mainly (up to 95 percent) “will go to the World Ocean”, that is, will be placed on board the cruisers and destroyers of URO. If by the 2041, ships with the Aegis IUIS make 27 percent of the US Navy’s shipboard, then by 2099, their number can be increased to 50-60 percent. The United States will continue to work to improve the accuracy, range and speed of interceptor missiles, the total number of which by 2020 will exceed the number of deployed START carriers established by the START-3 Treaty (700 units), and on the warheads - by 2040 year or even earlier. This will lead to the undermining and worsening of the global strategic situation due to the imbalance between strategic offensive and strategic defensive weapons (missile defense systems).

Subsequent US administrations, regardless of their party orientation, will stubbornly refuse to sign a multilateral ABM Treaty that would impose agreed upon quantitative and qualitative restrictions (for example, speed limits), as well as spatial restrictions on the deployment of missile defense strike systems outside the continental territory of leading missile defense systems. nuclear and anti-missile states of the world.

Avoiding negotiations to prevent the deployment of any type of weapons in outer space, in particular, anti-satellite, and also maintaining the unchanged doctrine of military domination in this environment, which from the point of view of international law is practically unprotected from hostile activities in it (except for the deployment of weapons of mass destruction), Washington is likely , will create space-percussion space weapons of the space-to-space class and space-to-surface.

It should be expected that in the near future the United States will make a breakthrough in the creation of hypersonic weapons, and in the future to increase its production in order to ensure its absolute advantage. It is also possible to predict with confidence the appearance of weapons in the US Army that will be based on other physical principles and will further strengthen the superiority of the United States in the military field. Should success be achieved in the development and testing of such weapons, Washington may well weaken its reliance on nuclear missile forces. But to what extent this will be done, it is not currently possible to predict and name any exact percentages. Obviously, everything will depend on the degree of effectiveness of replacing the nuclear-missile forces with high-precision and high-speed weapons created on the basis of new physical principles, as well as in ordinary equipment.

The Pentagon and the leading NATO member states will pay much attention to the development of cyber weapons and the further computerization of combat operations, the production of automatic and robotic firing systems.

A promising direction of equipping their armed forces will be the creation of unmanned aerial vehicles of large payloads with the deployment of offensive strike and anti-missile weapons of various firepower on them.

There will be no fundamental change in the American basic strategy: the US general-purpose armed forces will remain in Western and Eastern Europe, the APR, in the Middle East, the entire period under consideration. As the ice melts in the Arctic, the penetration of the US Navy with nuclear missile, anti-missile and precision weapons in conventional equipment into this strategically important region will increase.

In the evolving conditions, the Russian Federation must constantly work on improving its own types of weapons, develop their new, most efficient and promising models, produce them exclusively on their own territory, paying particular attention to the development of their own strategic offensive arms and tactical nuclear forces, ABM and EKO forces and equipment. also high-precision and high-speed types of weapons of increased range. It is necessary to promote in every way the development of the ground, air and sea, and if the United States launches space weapons and the space component of the national missile defense system into space. Several naval groups of the Russian Navy of the oceanic zone of action with launching pits for the vertical launch of interceptor missiles (up to several dozen per ship) must be formed. In the interests of more efficiently ensuring the defense capability of our state and controlling regional conflict situations, the Russian Navy needs to have up to three or four full-fledged aircraft carriers and up to four large amphibious helicopter-carrying ships with a large displacement.

In order to qualitatively and timely improve the strategic analysis and forecasting for the long term (30, 50 and more years), we could create a fundamentally new permanent three-link mechanism.

The first. All power ministries and departments of the Russian Federation should have units of strategic analytics and forecasting within the existing personnel, whose task is to inform the country's leadership on medium-term and long-term forecasts of the development of the global and regional military-political situation, as well as on the situation in their professional interest in accordance with the profile of functional activities.

The second. The next link could be a compact (up to 10 – 15 people) interdepartmental working group of strategic analytics and forecasts in the military-political field under the auspices of the Ministry of Defense of the Russian Federation.

Third. The highest echelon would seem to be a small in size single Center for Strategic Analytics and Forecasts in the Field of National Security under the Administration of the President of the Russian Federation. This center would consist of highly professional 10 analysts who would report to the presidential adviser on strategic analytics and forecasts.

The three structures indicated could be formed without attracting additional budget allocations, that is, within the existing staffing table. It appears that the above-mentioned bodies, namely the interdepartmental group and the Center for Strategic Analytics and Forecasts, would prepare applied analytical reports twice a year for the leadership of the concerned ministries and departments, as well as for the military-political leadership of the country. It is also possible that they will prepare specialized reports on specific areas - depending on the development of the military-political situation in the world during certain extraordinary periods.

The implementation of these proposals would make it possible to optimally determine the priorities of military construction and the use of the Armed Forces of the Russian Federation, formulate long-term tasks to strengthen its defense capability, promptly develop promising types of weapons, build the most rational relations with other states with large military capabilities, and also lead to them rational negotiation process in the field of arms control based on the principles of equality and equal Safety first.

Ctrl Enter
Noticed oshЫbku Highlight text and press. Ctrl + Enter
We are
Commentary on A. Petrov's interview “Fire and Tactics in the Russian Army: Another Look”Military reform as an integral part of the security concept of the Russian Federation: Systematic dynamic assessment
45 comments
Information
Dear reader, to leave comments on the publication, you must to register.