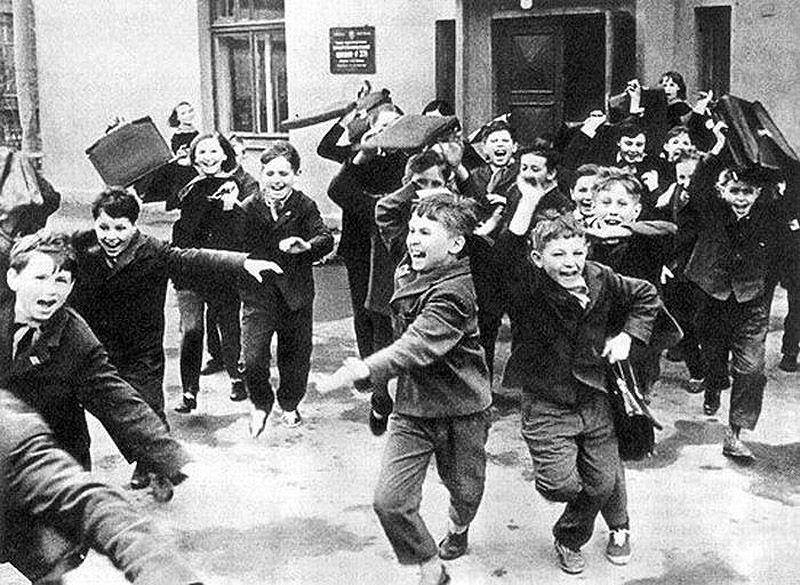 Who does not regret the collapse of the USSR, he has no heart,
and he who desires his rebirth has no head.
Vladimir Putin, three-time president of Russia

The theme of a return to a socialist-type society appears on our website quite regularly. The last example is the article by Alexander Evdokimov “The collapse of the USSR is a crime without a statute of limitations” (http://topwar.ru/37049-razval-sssr-prestuplenie-bez-sroka-davnosti.html). The “Back to the Future” phenomenon is not new in the post-Soviet space.

Back in 1995, a former security officer and then a writer, Mikhail Lyubimov published an article entitled “Operation Calvary's Secret Reorganization Plan” (http://flibusta.net/b/319836/read). A journalistic work written in the style of a memoir of a KGB officer close to Yu.V. Andropov told about the supposedly existing secret restructuring plan, according to which Russia was to be led through “wild capitalism” and, using the indignation of the masses who had eaten “freedom” with a full spoon, to return the country to the communist path of development. M. Lyubimov then explained for a long time before the alarmed State Duma that it was just a literary joke and there was no secret plan in the KGB of the USSR.

But, as you know, in every joke there is some joke. The serious side of the “secret restructuring plan” from Lyubimov lies in the psychology of people, in particular, in motivation their actions and aspirations. Among a certain part of specialists in human studies, there is a simple and intuitive theory, according to which all the diversity of human aspirations can be classified as “The motivation to avoid anything” or how “Motivation for striving for something”. For brevity, they are called motivation. "FROM" and motivation "TO". For example, a marriage may disintegrate because the joint life of the spouses has become unbearable (“OT” motivation), or because one of them found love on the side (“K” motivation). The saying “choose the lesser of two evils” illustrates the “OT” motivation. For the motivation of the type “K”, another proverb is appropriate: “No matter how much a wolf you feed, it still looks into the forest”.

Or turn to the work of the famous singer-acrobat Oleg Gazmanov. During the time of perestroika, he, performing a social order, pumped millions of audiences with “OT” motivation, dancing on the stage to the song “Fresh Wind”:

"... I will tell him how it was with me
How they treated me for freedom
How they wanted me to be blind
It’s so easy to take away from a blind man.
They wanted to solve everything for me
What to go, where to live and how to breathe,
How they wanted to forbid me to dream
But now I can not hold! ”

Now, the same Gazmanov, apparently having taken hearty breath of the fresh wind of the home-grown democracy, suddenly began to cry that he was "born in the Soviet Union, and what was done, they say, he was in the USSR." Surely the motivation of "K" cut through? It hardly seems to fulfill the social order again, lumping together Lenin, Stalin, Gagarin, and modern oligarchs ... God be his judge, showman ...

And yet, what motivation are driven by people in their desire to return to the USSR — the motivation to leave the “OT” of wild capitalism of modern society, or the desire “K” to the realities of the Soviet Union? How painless can a reverse transition occur if such a miracle happens that our political elites will also remember where they came from and proclaim “suddenly all right” to the socialist course of development? And if the classic Soviet appeal again sounds from the high tribune: “Be prepared for the struggle for the cause of the Communist Party!”, Will everyone be inspired and with a feeling of deep satisfaction: “Always ready!”?

Even the younger generation, not smelling the "Soviet powder"?

Or those who, during 20 years of democracy, managed to dig out noblemen in their genealogy, or, at the worst, but ambitious end, merchant roots?

Or maybe those who found in themselves an entrepreneurial or commercial vein, dozing for the time being in a latent state?

Or those who, especially not bothering, dressed in a T-shirt with the inscription: “I am an egoist”?

Perhaps some will object: “No one is going to step on the same rake twice and return to the USSR, for example, Khrushchev, Brezhnev, or, not by the night, will it be remembered, of Gorbachev's era. We will ask our political leaders to have this updated USSR 2.0. Or even not the USSR and not 2.0, but the “Eurasian Union 1.0 blue number”.

The point is obviously not in the title, but in the content. In the USSR gone, there were both light and dark sides. Similarly, in our modern society, if you wish, you can find bits of positive in the vast sea of ​​negative.

In order to clearly understand, “OT” of what we want to get rid of, and, conversely, “To” what we are striving for, having a new type of society in sight, I suggest to respected forum users to use in their comments a fairly common analysis tool, SWOT analysis. SWOT is an English abbreviation of four components:

In other words, you are invited to participate in a kind of survey, building your comments according to the following scheme:

Other forum users may be indignant: how dare the author encroach on His Majesty's Personal Opinion and the form of its expression? We decide what and how to write in our comments! Pluralism as one of the achievements of a democratic society has not been canceled yet! Well, we will consider my proposal a litmus test for those who dream of returning to the USSR. After all, where we all come from, the principle dominated "Collective above personal".

For those who, for whatever reason, are not ready right here and now, under this article, to express their opinion on the scheme proposed above, the e-mail address is still open. [email protected]. Veterans of the site should remember him on the project "Evaluation of state-political figures." Send your answers to this address with a “SWOT analysis”.

For my part, I undertake a socialist obligation to summarize individual responses carried out according to the scheme proposed above, and present the results in the next article in the form of a collective opinion of members of the forum. Of course, provided that the individually completed questionnaires, comments will be typed enough.

Ctrl Enter
Noticed oshЫbku Highlight text and press. Ctrl + Enter
We are
Results of the week. “He who does not regret the collapse of the Soviet Union, has no heart; who wants to recreate it in its previous form, he has no head "20 years after the war in Bosnia 1992-1995: rare photos of the conflict
105 comments
Information
Dear reader, to leave comments on the publication, you must to register.