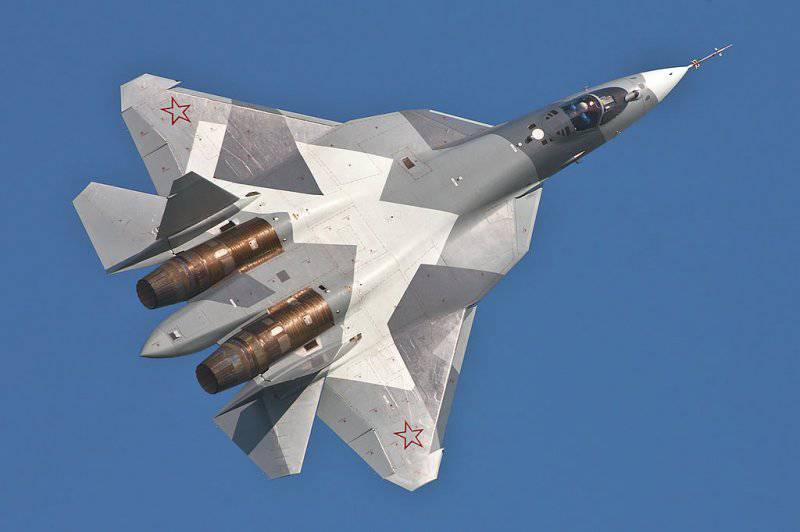 India has expressed its dissatisfaction with the low level of its participation in the joint Russian-Indian program to create the X-NUMX FGFA generation fighter (Fifth Generation Fighter Aircraft).


Indian Defense Minister Akaparambil Anthony during his visit to Moscow said that India’s share in the design and production of the 5 fighter generation, which is currently at the prototype level, should be 50 percent. This was announced by the American weekly “Defense News” with reference to the statement of the Indian Ministry of Defense, which pays special attention to the development of this program, as well as to the Russian-Indian project to create a multi-purpose transport aircraft, considering them quite important.

In 2007, Russia and India signed an agreement to jointly develop an 5 generation fighter that will be used in the air forces of both countries. In December, Rosoboronexport, Sukhoi, and Hindustan Aeronautics Limited (HAL), an Indian aircraft manufacturing company, signed a preliminary contract worth $ 2010 million. It is expected that the total amount of the final agreement on the joint development of the aircraft will exceed 295 billion dollars. This transaction is not yet concluded.

According to the Russian side, the delay in signing the final contract will have a small effect on the pace of development of the program. Currently, 5 flying prototypes of a promising aviation front-line aviation complex (PAK FA), also known as an 5-generation fighter, have been created.

The Indian Ministry of Defense, by contrast, stated that the agreement would probably be signed after the change of leadership of the country as a result of elections to be held at the beginning of 2014. The new leadership of India was committed to all international obligations. At the same time, representatives of the military circles of this country noted, much will depend on the country's share in this project.

Currently, it is assumed that the Indian Air Force will order over 200 5-generation two-engine 50 fighters, based on the Sukhoi T-XNUMX (PAK FA) aircraft and which will meet the requirements of this country's air force.

The Indian Air Force official said that the prototype of the Russian 5 generation aircraft flew this year, but emphasized that India’s participation in the development of the project is minimal. The unobtrusive 5 generation fighter with 30 t mass will be a multi-purpose aircraft with advanced avionics, high-tech weapons and the most advanced electronics.

According to Indian analysts, India should not miss the opportunity to participate in high-tech projects like the one mentioned above.

Ctrl Enter
Noticed oshЫbku Highlight text and press. Ctrl + Enter
We are
India criticizes FGFA againAs part of Vladimir Putin’s visit to India, a number of large MTC contracts are expected to be signed.
124 comments
Information
Dear reader, to leave comments on the publication, you must to register.