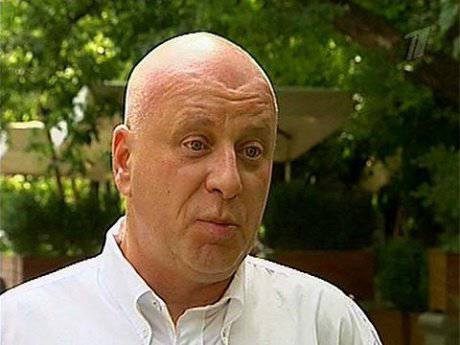 Yuri Kobaladze - a man known in Russia: he is known as a journalist and as ... a scout. Professor MGIMO, formerly First Deputy General Director of ITAR-TASS, Major General of the Foreign Intelligence Service (SVR), retired, business analyst ... He still does not forget about the media, shares his thoughts on what is happening.


Here is the opinion of Yuri Kobaladze on the challenges facing Russia in the sphere of foreign policy:

- Russia felt terribly wounded by what ended the situation in Libya. I am convinced that the concept of Americans to introduce democracy in the Arab countries is impossible. Iraq’s experience has shown that threats can be invented. Remember that it was about finding there weapons mass destruction ... And then Tony Blair delivered an amazing speech that was based on a linden tree! The authorities forced the special services to provide them with fake materials ...

And what was achieved in the end? From Libya, weapons spread all over Africa. The events in Mali are a direct consequence. And, of course, Putin and Lavrov are absolutely right when they say that the bombing of Libya could not solve anything - as a result they got another mess.

I believe that in the situation in Syria, Russia's position is the only correct one. It is absolutely correct, promising and gives the opportunity to resolve the conflict. Putin allowed Obama to find a way out of the impasse, from which he did not know how to get out.
I hope that this is a good base to further build relations with the Americans.

Here, on Afghanistan, on the one hand, we are trying to put whips into the wheels of the Americans. On the other hand, we understand that as soon as the Americans leave, the consequences will be unpredictable! Then you need to invest huge amounts of money in order to equip the border in Tajikistan. Who knows how the Taliban will behave? But in any case, the pressure on the border will be enormous.

And this is not a question of our relations with the West, but a question of understanding: what do we want ourselves ?! After all, the collapse of the Soviet Union is not the fault of Armenia, Uzbekistan or some other republic - it is the fault of Russia itself. After all, the Russians, through the mouth of Yeltsin, said: take sovereignty as much as you want ... I remember what the Russians said in the discussions: without this, the addition would be better, we were tired of feeding them, so let them go on all four sides ...

And when Russia said: we don’t need us any more - whose side should the same Georgia have turned? She looked towards America, towards Europe. Moreover, the frames have already arrived. After all, who is Saakashvili? This is a person with an American, European education. And Russia suddenly woke up, but the emptiness is sure to be filled! And in this sense, talking about the return of these countries to the orbit of Russia can be with great reservations.

I remember well how Nazarbayev collected the press 20 years ago and spoke about the Eurasian Union, about restoring ties that were artificially broken. Now we are talking about it, but the world has already gone ahead. I understand the sincere excitement of Russia if Ukraine signs an agreement with the European Union. Very difficult situation ... In a very difficult world we live. And Russia is paying the price now and, if you like, bears the burden of those decisions that were taken rather thoughtlessly.

If the system exists for a long time, you can not think that if you suddenly chop everything, then it will not resist. Who could predict in 1980 that the Soviet Union, Czechoslovakia, Yugoslavia would fall apart ... You and I are witnesses of truly tectonic changes. What will happen in 20 − 30 years, I do not presume to judge. But the fact that the question of the borders of Russia is an open question, I personally have no doubts!

Ctrl Enter
Noticed oshЫbku Highlight text and press. Ctrl + Enter
We are
War in Mali and AFRICOM Plan: Target - ChinaFrench invasion of Mali: double standards of "democratic empires"
18 comments
Information
Dear reader, to leave comments on the publication, you must to register.