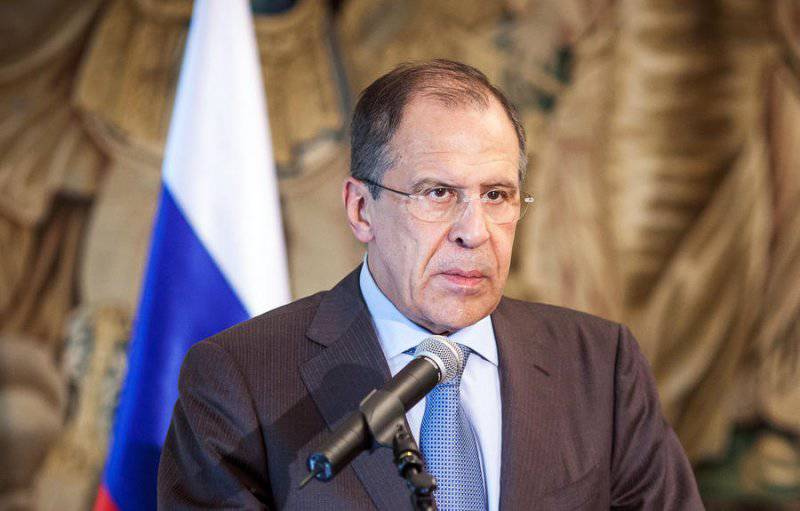 Russian Foreign Minister Sergei Lavrov called on the Syrian government to unite with the moderate Syrian opposition and begin a joint struggle against the militants. He also appealed to the Syrian authorities to step up efforts to deliver humanitarian aid to the country.


“It is even better, without waiting for the convening of the“ Geneva-2 ”, to start a joint struggle together with the moderate secular opposition, the struggle against the terrorists who are trying to change power not only in Syria, but throughout the region. The very fact of convening a conference can play a positive role so that sane people from the opposition, who are at war, stop doing this and help eradicate terrorists, ”ITAR-TASS quotes Lavrov.

Russia highly appreciates Syria’s efforts to implement the chemical elimination program. weapons. "In record time, steps are being taken to eliminate Syrian chemical weapons in accordance with the agreements between Damascus, the UN and the OPCW," the minister said.

Lavrov also called on the Syrian authorities to step up efforts to deliver humanitarian aid to the civilian population.

“We urge you to do more to ensure the fastest possible delivery of humanitarian aid to people in need, to reduce bureaucratic procedures,” he said at a meeting with representatives of the Syrian government delegation in Moscow.

Russian Foreign Minister Sergei Lavrov opposed attempts to exclude anyone from the number of participants in the Geneva-2 international conference on Syria for ideological and personal reasons.

"It is crucial that the opening of the conference as states that will guarantee final agreements between the Syrians themselves be attended by all who have a particular impact on the development of the situation inside your country," said the foreign minister meeting with representatives of the Syrian government delegation.

The Syrian government delegation was led by the First Deputy Foreign Minister of Syria, Faisal Mikdad, and the Presidential Adviser on Political and Informational Issues, Bussein Shaaban.

Syrian Deputy Foreign Minister Faisal Mikdad, in an interview with RT in Arabic, said on Tuesday that Damascus needed additional consultations with the Russian Federation and other parties to decide whether the Syrian government was ready to take part in informal talks in Moscow with representatives of the opposition. 2.

“In fact, this question is very complicated. I think that it is necessary to conduct additional consultations with Russian colleagues and other interested parties, ”he said.

18 in November Sergey Lavrov told the Nezavisimaya Gazeta in an interview about the role of Russia in resolving the Syrian crisis, the Russian version of solving the conflict and the process of chemical disarmament in Syria.
The head of the diplomatic department said that from the very beginning of the Syrian crisis, Russia had paid increased attention to the problem of chemical weapons in Syria.

“When in December 2012, the first reports appeared that there were cases of the use of chemical weapons, or, so to say, which suggested that chemical poisonous substances were used, we considered them very seriously. At that time there were no convincing facts proving that this was exactly a weapon. According to our estimates, at that time there was the use of chemical poisonous substances taken by the opposition at one of the chemical plants, which it seized and controlled for a short period of time, ”said Lavrov.

Lavrov recalled that at the meeting of the presidents of Russia and the United States "on the margins" of the G20 summit in St. Petersburg, an understanding was reached that everything must be done so that Syria does not have chemical weapons. “We agreed on a Russian-American proposal in record time, which was submitted to the OPCW and the UNSC and took the form of a decision of the OPCW Executive Council and UN Security Council resolution 2118. Its practical implementation is proceeding without any failures, ”the Foreign Minister noted.

Ctrl Enter
Noticed oshЫbku Highlight text and press. Ctrl + Enter
We are
A great interview with Sergey Lavrov: about Ukraine, Obama and IranInterview by President Bashar Al-Assad to the Sunday Times
34 comments
Information
Dear reader, to leave comments on the publication, you must to register.