Materials and technologies created by 25 years ago under the Energy-Buran program are used today, including in the design of the 5 generation fighter 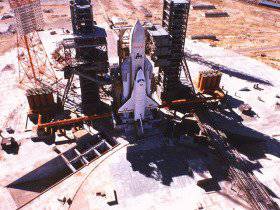 Almost all materials and technologies created under the Energia-Buran program 25 years ago are currently being used, including in the designs of promising aviation complexes of front-line and long-range aviation (PAK FA and PAK DA), as well as the new Superjet-100 passenger aircraft and the promising MS-21, spacecraft. This was repeatedly repeated today by the participants of the round table dedicated to the 25th anniversary of the legendary orbital flight of the Soviet reusable space system (ISS) Energia-Buran, which took place on November 15, 1988.


As the Director General of the All-Russian Institute of Aviation Materials (VIAM), Academician of the Russian Academy of Sciences Yevgeny Kablov, reported in the forum, in the interest of implementing the Energy-Buran program, VIAM has developed 39 fundamentally new materials and 230 technologies that remain modern today. More 60 materials and technologies have been improved by the institute. Many of them are successfully used nowadays both in the aerospace industry and in other branches of mechanical engineering. In particular, the scientist said, a number of high-strength corrosion-resistant steels found use for the manufacture of components and parts of engines RD-170, which are installed on the Zenit launch vehicle (PH), the new aluminum cryogenic alloy - in the design of the Proton PH fuel tank , aluminum-lithium alloys - in the cladding of amphibious aircraft, and polymer composite materials - in the 5 generation fighter.

The roundtable participants who stood at the origins of the ISS Energia-Buran, unequivocally confirmed that the implementation of this program was not in vain, with occasional critics trying to persuade the public, but it became an important stage in the development of Russia as a space power. Without the achievements of that time, our country would not have had the opportunity to put the International Space Station into orbit and implement many other space programs, they are sure. "Just remembering the outstanding achievements of our science and industry, relying on the rich history and the knowledge base, Russia will be able to create and implement new large-scale innovative projects, "Yevgeny Kablov emphasized in this regard.

Ctrl Enter
Noticed oshЫbku Highlight text and press. Ctrl + Enter
We are
Russia refuses the ISSThe head of Roscosmos: Russia will build its orbital station after the ISS
15 comments
Information
Dear reader, to leave comments on the publication, you must to register.