About Iran, Saudi Arabia and the Fed's 100-year anniversary 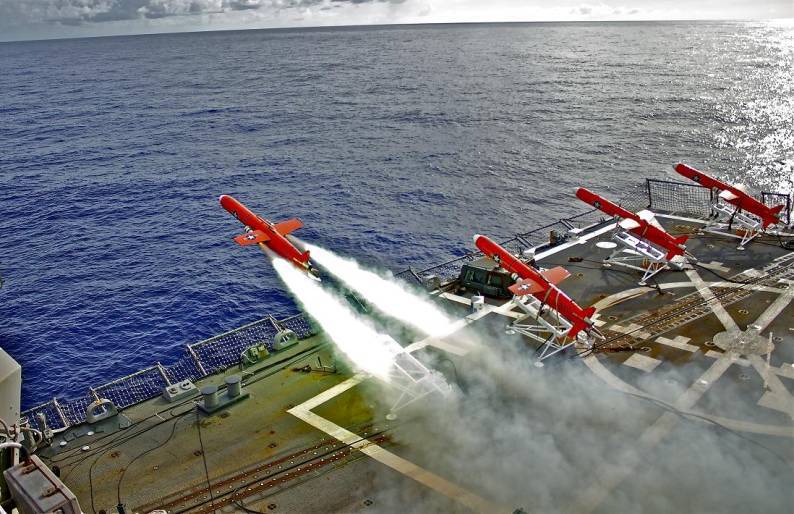 Recently, in the media, much has been discussed of the emerging diplomatic rapprochement between the United States and Iran, while simultaneously exacerbating relations between the United States and Saudi Arabia. And an event like the creation of the US Federal Reserve System in 1913, which in December marks exactly 100 years, is increasingly recalled. From my point of view, the coincidence in time of recent events in the Middle East and the upcoming anniversary of the Fed is very symbolic.


Without considering the whole range of reasons for the warming that has begun in relations between Washington and Tehran, I will try to explain the financial and monetary side of these events. American-Iranian relations after World War II were extremely close and friendly. However, after the Shah, who conducted the pro-American course, was overthrown in Tehran in 1979, everything changed. Over the past decades, US-Iranian relations have been tense at best, and often frankly hostile. Washington tried until recently to bring Tehran under its control, including economic and financial sanctions. Over the past decade, sanctions were imposed under the banner of fighting the Iranian nuclear program, which allegedly aims to create a nuclear weapons. Iran has existed for many years under conditions of American economic sanctions. They, of course, make the life of the Islamic Republic difficult, but to some extent it managed to adapt to these conditions. The key point of the unilateral sanctions imposed by Washington is blocking Iran’s settlements with other countries in US dollars: since all large-scale payments are non-cash, they pass through the American banking system. The response of Tehran to this sanction was a transition in the calculations for the supply of its oil and other goods mainly in euros. In response, further "tightening the screws" on the part of Washington, which began to put pressure on its allies in Europe, followed. First, he began to demand to abandon the purchase of Iranian oil. Secondly, he demanded to ban European banks from servicing settlements with Iran in euros. Washington’s European allies largely succumbed to US demands. Iran’s reaction was the reorientation of oil exports to other countries - primarily India and China. Moreover, the calculations began to be carried out not in dollars or euros, but in rupees and yuan. At the same time, gold began to be used in Iran’s trade with Turkey and some other countries. They also remembered the old, proven way of trading, which allows them to do without currency - barter.

Introducing sanctions against Iran, Washington suddenly realized that he was cutting the branch on which he was sitting. Sanctions against Iran provoked the refusal of Iran and its counterparties to settle foreign trade in US dollars. With its sanctions, Washington, first of all, played up to a geopolitical adversary - China, or rather its currency - the yuan.

Washington tried to solve the problem with the help of force, conducting a quick and victorious war against Syria, and then using military methods to restore order in Iran. However, the military plan of Washington in September of this year turned out to be crossed out (primarily due to Russia's firm and consistent position). We must pay tribute to Washington, which in this situation has shown great flexibility and efficiency - from the confrontation with Tehran, he went to a rapprochement. Here it must be emphasized that all the talk about the Iranian nuclear program to a large extent is only a cover for the true goals of Washington. And the true goals boil down to an attempt to establish effective control over the region of the Middle East. Iran is a key state in this region. A few years ago in the pursuit of control over the Middle East geopolitical space in the first place were considerations related to oil and natural gas. Today, in the context of the “shale revolution”, energy considerations for Washington are fading into the background. Financial considerations come to the fore. Washington is striving to preserve the petrodollar standard that has existed in the world for almost forty years. The fundamentals of the petrodollar standard were laid here, in the Middle East, when Saudi Arabia and other countries in the region, concluding special agreements with Washington, switched to 70-ies of the twentieth century to supply hydrocarbons exclusively for US dollars. Today, not all countries adhere to these agreements, but Tehran, which began to sell oil for yuan, rupee, other national monetary units other than the US dollar and the euro, began to lead itself in an awesome way, to supply oil in exchange for gold, and to use barter schemes supplies.

Having begun an active dialogue with Tehran, Washington faced a sharp negative reaction from Riyadh. I would like to mention some possible consequences of this conflict. Saudi Arabia can be very quickly in the position in which Iran was at one time: sanctions can be imposed against Riyadh. You can calculate in this case the reaction of Riyadh - he will try to get away from the calculations in US dollars, switch to other currencies. Or maybe use approved tools such as gold and barter. The next move will be for Washington. Power move. Washington will try to use military methods to put Riyadh under its control in order to force them to fulfill the agreements forty years ago (calculations exclusively in US dollars).

The United States became hostage to its involvement in Middle Eastern affairs: trying to pull one paw out of the swamp (restoring relations with Iran), they found that they began to tie the other paw (relations with Saudi Arabia became more complicated). And it is still not known whether the Americans will achieve the main goal for which they agreed to a rapprochement with Iran, that is, if Tehran now agrees to return from the yuan and the rupee to use the American dollar in its international calculations. Unlikely. Tehran will take time, but you will not drag it into the dollar system anymore.

The once solid Middle Eastern base of the petrodollar standard is turning into a shaky swamp before our eyes ... Events in the Middle East - a sign that the US dollar is experiencing agony. It is noteworthy that all this is happening on the eve of the 100 anniversary since the creation of the Federal Reserve System. If there is a collapse of the dollar, the Fed printing press will turn into unnecessary trash. From the Fed will remain one sign. It is not excluded that the “hero of the day” will not survive his round date by much. And his death can come precisely from the Middle East.

Ctrl Enter
Noticed oshЫbku Highlight text and press. Ctrl + Enter
We are
Iranian geographyThe time has come, or we play the net!
24 comments
Information
Dear reader, to leave comments on the publication, you must to register.