Edward Lozansky: Obama lost in the Middle East, and the Kremlin found

November 8 2013
31
3 in November in the popular American newspaper "Washington Times" published a remarkable article by E. Lozansky on the acute geopolitical issues related to Saudi Arabia, Syria, Iran, the regional opposition of Sunni and Shiites, as well as problems of the US Middle East policy. The current path of Saudi Arabia is considered by the scientist to be a dead end, and it is Moscow, not Washington, that is announcing the driving force of Middle Eastern diplomacy. 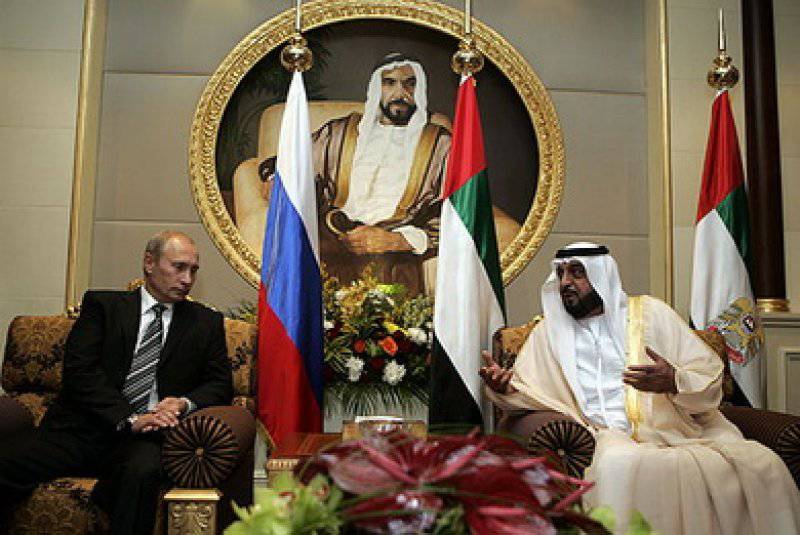 Comrade Lozansky is a physicist, publicist, public figure, founder and president of a private American University in Moscow, operating since 1990. Also known for the fact that in the 2011 year, after consolidating with Anthony Salvia (director of the American Institute in Ukraine), he filed a lawsuit against Obama in the Washington district court. The plaintiffs demanded that the court order the president to cancel the Jackson - Vanik 1974 amendment of the year (Jackson - Vanik amendment), without waiting for the congressional resolution. The claim, however, was dismissed.

In the room The Washington Times The scientist reminded the reading public about the July visit to Moscow of the Saudi emissary - the head of intelligence, Prince Bandar bin Sultan. According to media reports, this man offered Vladimir Putin some benefits - in exchange for the Kremlin’s refusal to support the Assad government in Syria. In addition, Moscow must accept the fact that Islamic fundamentalists, who are lured by the Saudi monarchy, Assad overthrown.

Made prince bandar and unheard of stories the diplomatic move, the scientist notes: he put forward a proposal to provide Russian companies with privileged access to Saudi oil resources and additional cooperation of Saudi Arabia with Russia in the field of energy policy.

The culmination of the conversation was the "ominous" episode. Such a proposal was more suitable not for diplomacy, but “for a gangster film.” If Russia takes into account Saudi interests in Syria, the prince said, then Riyadh guarantees the security of the Sochi Olympics. Terrorist radicals will not attack Sochi.

Said Lozansky and the alleged divorce of the United States and Saudi Arabia. There are signs, he writes, that a marriage of convenience between the United States and Saudi Arabia is not so convenient now, as before, at least for Riyadh. According to the expert, Obama disappointed the Saudis even more than the American public. Obama does not have the effective ability to conduct diplomacy, no visible strategic plan, no principles. He had promised to strike Syria with Tomahawks, to the joy of the Saudi princes, but Congress suddenly poured cold water on his hot plans. Then followed the diplomatic initiative of the Kremlin, which put forward a proposal that Syria would eliminate the chemical arsenals weapons under international control. The Syrian government accepted the proposal, and it was immediately approved by the UN. Supporters of the anti-Syrian campaign and their Saudi allies could only "sulk."

As Lozansky reminds, the Saudi royal house is one of the most repressive and corrupt regimes in the world. However, his imperious abuses of the US administration politely turn a blind eye. The royal family relies on the support of fanatics of Wahhabism. It was in Riyadh that the jihadists, who at one time played a decisive role in the Mujahideen war against the USSR in Afghanistan, were inspired by their exploits. The latter was later controlled by the brutal medieval regime of the Taliban. Osama bin Laden, who created the al-Qaida network, also received support from there.

In Syria, the Saudis are not going to defend human rights or investigate al-Assad’s alleged war crimes. The main object of concern of the monarchy is Iran and the general environment of Shiite Muslims. For the Saudis, the scientist notes, Shiites are dangerous apostates who abandon the "true religion" and worship false idols. Iran is the focus of Shiite theocracy, which, moreover, after the American occupation of Iraq, gained enormous influence on Shiites there. In Saudi Arabia there is a very hectic Shiite minority, weary of monarchist oppression and the status of second-class people.

The Saudis would like to arrange a Sunni fundamentalist caliphate in Syria, simply because the current secular and pluralistic government in Damascus is supported by Shiites in Tehran.

As for Russia, she, as the author of the material notes, “wisely enough” fears to conclude a “Faustian deal” with the kingdom. Russia has its own tragic experience in the fight against Wahhabism. Moreover, the Wahhabi movement, by all accounts, is partially funded by wealthy Saudis who have long supported jihadism throughout the world.

What conclusion does the expert make?

Saudi Arabia is at an impasse that is good for a peaceful outlook in Syria, for international talks on Iran’s nuclear program and for the Middle East as a whole.

In addition, in terms of raw materials, the United States is becoming less dependent on the Middle East and is probably less inclined to interfere in regional affairs.

Another result: Moscow is now the driving force in Middle Eastern diplomacy. Considering the entire “track record” of the United States and its allies from Saudi Arabia over the past decades, the author seems to conclude, the time has come for Russian diplomacy.

Very remarkable is not only the article itself, but also numerous comments to it. We give some.

snowleopard
Has Obama lost the kingdom of Saud? Yeah.
He sided with his enemies, and proved that he is a liar and a most dishonest person.

vonstonewall
Without generalizations, the entire Middle East is a powder keg. Protracted tribal wars, resentment, double-dealing, someone’s oil estates ... Bammy (as the commentator called Obama. - O. Ch.) Allowed the Russians to oust the United States from politics, and perhaps its lack of talent would be useful (it is clear that not Israel) ... Keep Bammy on the golf course.

flitpriss
Excellent newsif this is true. The Saudis are a corrupt kleptocracy, working as a brutal dictatorship. Saudi Arabia sent us 9 / 11 hijackers and bin Laden. Saudis are sponsoring thousands of radical madrasahs that act as recruiting centers for terrorists. With such "friends" as the Saudis, we do not need enemies.

Kathy king
Professor Lozansky. The title of the article does not seem to fit the text. You are right: the time has come for the US to give a chance to Russian diplomacy. There is a good reason for this — US national security. Literally the other day there was an article in the Washington Times, in which it was reported that the Chinese boasted of their nuclear capabilities and a map with orientations to cities in the United States. And this despite the retaliation. Russians are not so arrogant and seem to be much more concerned about their own national security than fighting the US government, whose media shake red rags to Putin’s Russia as a bull, declaring their legislative protection of gay rights while always showing a condescending attitude . But our politicians on both sides simply love the Saudis (well, let me rephrase: love is Saudi money), ignoring the obvious oppression of the people and religious minorities there. The Saudis are anti-American, but pro-American against dollars — that’s what ends there.
Russia has something to offer American companies. Germany and Russia are working on trade agreements and commercial transactions (I suspect that this is why the NSA tapped Merkel’s private cell phone). Yes, their culture is very different from the American one, but, on the other hand, they have similar interests in the field of national security. Russia cannot have a large population, but Russians are strong people, they have a lot of natural and energy resources and a lot of free space in the country. Russia borders with China - a country that wants to push the United States from the position of an economic leader. The time has come when the politicians of both countries should think about the future - not only about eliminating the budget deficit, but also about the long-term security of the people. And Russian diplomacy is part of this long-term national security strategy.


Edward lozansky
Katie, the name was not chosen by me, but I wrote an article for exactly the same reasons that you indicated in your comment. You said it was good, and I will give your opinion - so that my American and Russian students would think about it and, perhaps, continue.

Observed and translated by Oleg Chuvakin
- especially for topwar.ru
Ctrl Enter
Noticed oshЫbku Highlight text and press. Ctrl + Enter
We are
Iran in the Syrian conflict. The confrontation with Saudi Arabia and the interests of the ShiitesExchange in American: Jackson-Vanik amendment changed to Magnitsky list
31 comment
Information
Dear reader, to leave comments on the publication, you must to register.