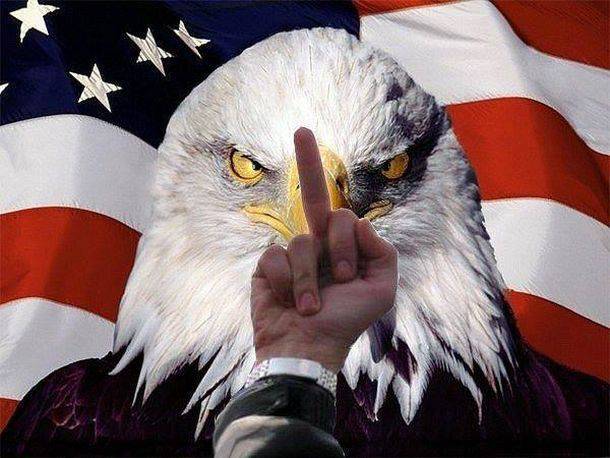 The year is not over yet, but the White House is fit to declare it a failure. Having received three holes from Snowden, Syria and Shatdaun, the flagship of the free world loses its financial buoyancy, stripping the bottom of the reputational reefs and dropping guns overboard. And from the sinking ship the allies had already fled.


In the context of the global crisis and the need to save on government spending, the Barack Obama administration is forced to moderate the appetites of the Pentagon. For the next ten years, the 650 billion-dollar defense spending is planned, of which 83 billion is due next year. If Congress voted in favor of such a decision in January, the size of the American army could be reduced from 570 thousand to 380 thousand people and the United States, according to Defense Minister Leon Panetta, will lose superpower status, becoming a “paper tiger” ". 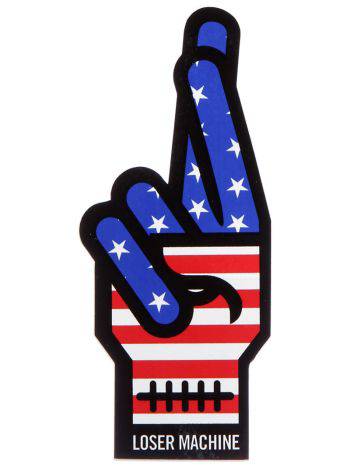 Chief of Staff of the US Army, General Ray Odierno (Ray Odierno) believes that the armed forces of the country will not be able to successfully conduct combat operations outside the country. His concerns are fully shared by the authors of a report prepared by the well-known intelligence and analysis company Stratfor. They primarily pay attention to the weakening of the American military presence in such vital regions for the US as the Persian Gulf and Central Asia. In the future, the Navy, due to lack of funds, will be forced to “anchor” four of the nine existing carrier-based aircraft wings.

Analysts at Stratfor and Ray Odierno are equally alarmed by the negative impact of the sequestration of the military budget on the combat readiness of the army and fleet. So, in March of this year, because of the cost overruns for the operation in Afghanistan, the Pentagon was forced to shrink the training program for various combat units. “The number of fighters professionally trained for military operations has seriously fallen,” the general complains. “Now the army has two fully trained brigades. Just two!”

Perhaps the moans of Ray Odierno would have aroused more sympathy if it were not for the numerous loud financial scandals in which the defense department is involved with enviable regularity. The latter broke out in mid-October when it became clear that the Pentagon had overpaid more than $ 16,5 million of the Boeing aerospace corporation as part of a contract for the production of CH-47F Chinook helicopter transport helicopters with a total value of $ 4,4 billion. details, demanding to pay them as new. Just a week before, it became known that, with the 2007 of the year, the US Air Force spent more than $ 560 million on the purchase of a C-21J Spartans 27 aircraft, 16 of which immediately ended up on ... "aircraft cemetery" - Davis-Monten air base in the state of Arizona. The five remaining machines that are in the process of assembly are likely to face the same fate.

Now the Pentagon will probably have to count every cent. In order to save, the Ministry of Defense plans to even liquidate the Office of the General Assessment (Office of Net Assessment) and dismiss the legendary head of this division of 92-year-old Andrew Marshall (Andrew W. Marshall). Having received the nickname Yoda for his intelligence and outward resemblance to the character of "Star Wars", he rightfully earned the reputation of "master of forecast and analytics." Marshall predicted the fall of the Soviet Union and the rise of China, was the author of the concept of protracted nuclear war and the "military doctrine" of George W. Bush, brought up such American "hawks" as Dick Cheney, Donald Rumsfeld and Paul Wolfowitz. But neither former merit, nor high-ranking defenders, most likely, will not save the surviving 13 Defense Ministers Marshall and his administration. Price issue - saving 10 million dollars a year! Such a trifle for the Pentagon, but it best describes the degree of financial difficulties of the defense ministry.

The administration of Barack Obama and the Republican majority in Congress have different views on how and how much the Pentagon budget should be cut. And there is no doubt that hot battles will unfold on Capitol Hill on this issue, because the military and their contractors have a strong lobby in both houses of the US parliament. However, even now it is obvious that the internal problems of the United States have greatly shaken their positions on the world stage and adversely affected relations with the allies. 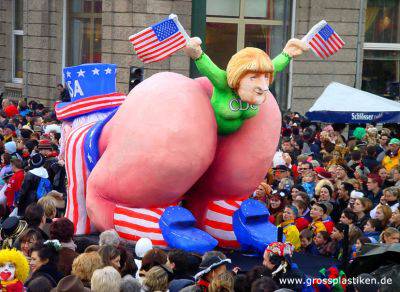 The first alarming signal for Washington was the refusal of 12 of NATO partners, including the loyal Britain, to participate in the operation against Syria. In a global crisis, war is too expensive, the Europeans justified. The theme of the lack of money was also a refrain sounded at the end of October at the summit of defense ministers of the North Atlantic Alliance held in Brussels. Over the past 13 years, European countries have reduced their defense spending by an average of 15 percent. A hole in the NATO budget was proposed to plug Washington. He, in turn, insists on joint participation in solving this problem. The controversy flared up and the Alliance General Secretary Anders Fogh Rasmussen had to intervene: "If current defense spending trends continue, it will limit the practical ability of European NATO countries to work together with their North American allies." During the debate, it turned out that, apart from financial issues, the allies on both sides of the Atlantic have diverging views on the European missile defense system, reforming the NATO structure and reducing the size of the command structure of the block.

Mercantile basis is becoming more and more obvious in relations between the United States and its main Asian ally, Pakistan. While Washington annually tossed Islamabad for $ 2 billion on a joint "fight against terrorism" and sold weapons at a decent discount, the latter was loyal and obedient. But it cost two years ago the United States to temporarily suspend financial cooperation, as Islamabad stopped passing cargo through its territory for the US Army and its allies in Afghanistan. The White House blamed Pakistan for supporting the Taliban and threatened retaliation. The head of the Pakistani Foreign Ministry Hina Rabbani Khar (Hina Rabbani Khar) quite firmly stated: "You can lose your ally. Do not make an outcast from Pakistan ... otherwise you will have to answer for your choice." The Foreign Minister was unanimously supported by the leaders of the country's security forces. The relations of the allies cooled so much that in October of this year, Prime Minister Nawaz Sharif was invited to Washington, to whom the Obama administration promised assistance in the amount of $ 1,16 billion. True, the allocation of these funds must be approved by Congress, and there the White House will have to negotiate with Republicans.

Still not having understood relations with one ally, the United States received a stab in the back from another. October 22 The head of Saudi intelligence, Prince Bandar bin Sultan, announced the possible withdrawal of cooperation with the United States. The main American partner in the Gulf zone was infuriated by Washington’s refusal from a military strike against Syria, which Riyadh considered a deal already resolved. No less negative emotions the Saudis experienced after learning of Barack Obama’s desire to start a dialogue with the new leadership of Iran - the irreconcilable enemy of Saudi Arabia in the region. Washington’s contacts with Tehran were strongly rejected by Israel’s main Middle Eastern ally. From the podium of the UN General Assembly, Prime Minister Benjamin Netanyahu said: "Israel will not allow Iran to get nuclear weapon. And if Israel is alone, then it will act alone. "

This is reminiscent of a riot on the ship when the authority of the captain falls below the waterline. And if the captain does not suppress him, then either he will fly overboard, or he will hang out on the plane. There is no third.

Ctrl Enter
Noticed oshЫbku Highlight text and press. Ctrl + Enter
We are
How can Russia survive and win in the 21st century?Russia: the Moon, Mars and further everywhere ... Speeches of the participants of the Izborsky club in the corporation "Rosobschemash"
117 comments
Information
Dear reader, to leave comments on the publication, you must to register.