Russia is returning to big politics 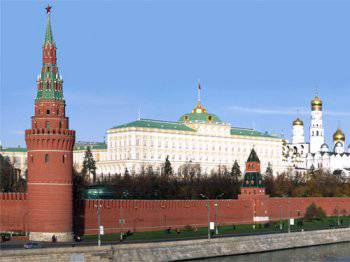 In the second decade of the 21st century, Russia is becoming a major geopolitical actor. The US military was already waiting for Barack Obama's order to strike "Tomahawks" on Syria, but the Kremlin’s peace initiative on the chemical disarmament of Damascus prevented a strike and possible intervention. Russia does not act alone in geopolitics: according to the Western press, the idea of ​​transferring Syrian chemical weapons under UN control was expressed earlier by officials of Sweden, Norway, Finland, Poland and then US Secretary of State John Kerry. At a joint September press conference with Libyan Foreign Minister Muhammad Abdel-Aziz, Russian Foreign Minister Sergei Lavrov said: “It (the proposal) grows from contacts that we had with our American colleagues from yesterday’s statement by John Kerry, who allowed the possibility of avoiding blows if this problem is solved. ” Nevertheless, it was not the United States, but Russia, which convinced the Syrian authorities of the need for chemical disarmament.


In addition, Russia is promoting a peace conference in Geneva. For its part, the American administration in the person of the same John Kerry is also making some efforts to this. But the thugs who do not need peace in Syria and for whom war is both a means of livelihood and a habitual environment of existence are resisting the holding of a peaceful forum. The resistance of the militants to the negotiations once again proves that at present both the United States and Russia pursue one goal - to achieve peaceful progress in the Syrian conflict, which is objected to by Saudi hirelings. (Not for nothing Saudi Arabia "divorces" with America). One can doubt that in the resolution of the Syrian conflict Moscow plays a leading role, but one cannot doubt that it works with Washington as the primary player whose influence the White House takes into account. Today, there is a desire for some kind of geopolitical parity, which is already recognized internationally.

For example, well-known expert Nandan Unnikrishnan, senior researcher at the Observer Research Foundation, notesthat the Syrian conflict shows: Russia is returning to the camp of major international players. According to the analyst, Syria brought the West and Russia at the very moment when, as it seemed, "all hope of reconciliation between the parties was lost." (This is not about the war in Syria, but about the political opposition of Russia and the United States).

In addition, the author notes another fact. Western observers were surprised by the changes that had taken place in Russia: from a “brake” of international politics, this state turned into a constructive force. And this force wants to work with the West in the name of achieving one goal. The analyst concludes: Western surprise says that the Russians were greatly underestimated.

As an argument, the author of the material quotes the head of the Moscow Carnegie Center, Dmitri Trenin, that after the collapse of the USSR, the western elite expected that “Russia is reforming and will become the junior partner of the United States in matters of world politics.” However, instead, "the country was revived in the form of an authoritarian and categorically independent state."

West took advantage of the situation, trying to interpret it in their favor.

“The disappointment of the West has grown into a desire to make Russia a villain, absorbed in the idea of ​​restoring its influence in the world. Any attempt by Moscow to defend its interests in neighboring regions was perceived by the West as part of a "villainous plan to seize power in the world."

Russia's attempts to improve relations were met with a refusal. Then Putin and his team began to fear that the United States would not be content with a change of regime in small countries and sooner or later would deal with large ones, including Russia. And then there is the expansion of NATO to the east ... In response, Moscow thought about creating a multipolar world.

The author draws the following geopolitical result of all this. Today, Russia has become the only country on the planet that has decided to openly confront the United States in the international arena. Russia believes that curbing America’s hegemonic aspirations will benefit the world. Russia is playing into the hands of both the weakening of the United States, exhausted by the wars in Iraq and Afghanistan, and the global financial crisis.

As for the war in Syria, it was ideally suited for the implementation of the Kremlin’s plans. According to the said Trenin, whom the author quotes, Putin intends to use the resolution of the conflict in Syria to achieve equality in relations between Russia and the United States.

Victor Martynyuk (KM.ru) cites data from a sociological survey conducted by VTsIOM, according to which 46% of citizens expect a resumption of the Cold War between the United States and Russia. For comparison: in 2009, the total share of those who consider such a situation “very probable” or “quite probable” was 37%.

Meanwhile, a political scientist, director of the Center for Political Studies at the Financial University, Pavel Salin, justified the impossibility of a new cold war between Russia and the United States. According to him, the increase in the proportion of people who are confident in the return of the Cold War, due to anti-American rhetoric in the Russian media that are controlled by the authorities. In fact, a similar situation in relations between Russia and the United States is impossible, the analyst notes. The reason is simple: the coordinate system has changed in the world. One thing is a socialist camp led by the USSR against a capitalist led by the United States. And quite another - a multipolar world. Moreover, neither of the parties today has sufficient resources for asserting unipolarity or bipolarity.

As for the current relations between Russia and the United States, they, according to the political scientist, "remain at a fairly working level." True, “the situation is somewhat complicated by the fact that both from the Russian and the American side, the formation of foreign policy is significantly influenced by people who still remember the Cold War era well and, as a result, think in the category of confrontation between the two countries, believing that everything that happens in the world should be viewed precisely through the prism of the Russian-American confrontation. ”

And this is fundamentally wrong, the expert believes.

Russia's participation in big politics and the country's significant role in the modern multipolar world are perfectly illustrated by the latter the news. If Moscow has not played on an equal footing with Washington, it is making every effort to take it into account in the international arena. And not only to be considered, but also to exclude from the “agenda” the very idea of ​​a “cold war,” which the White House cannot forget about.

Last Friday, the head of the International Committee of the Federation Council, Mikhail Margelov, said RIA News"that Russia is concerned about the loss of inter-parliamentary ties with the United States:

“Over the past year, the Russian side has been persistently urging US lawmakers to restore the lost channel of interaction, which has successfully functioned between the Federation Council and the US Senate for the last ten years. For our part, we have made all possible steps. ”

According to Margelov, the speaker of the Federation Council, Valentina Matvienko, in the midst of the Syrian crisis, sent an appeal to the US Senate Majority Leader Harry Reid with a proposal to discuss at the parliamentary level the possibilities of overcoming the current situation. Margelov himself sent three letters to his American colleague Robert Menendez with a proposal to restore inter-committee contact. The result, however, is depressing: the letters remained unanswered. Margelov noticed:

"Meanwhile, the working group of the Council of the Federation of Russia - the US Senate successfully functioned under Menendez's predecessors: John Biden, Richard Lugar, John Kerry."

Margelov had previously talked with US Senator William Bradley. According to Margelov, Bradley agreed on the need to normalize ties both between the committees and between the Federation Council and the US Senate.

Joint preparations for the peace conference in Geneva, which is held at the Russia-US-UN level, also indicate Moscow’s desire to pursue a constructive policy in the world. If the November 23 conference takes place, it may be a turning point in stories protracted Syrian conflict. The international image of Russia largely depends on the success of this event today. The day when the war in Syria will end, will go down in world history.

Armed groups from among those who fight against the Syrian army and refuse to go to the conference should be “automatically” enrolled in the champions of permanent civil war, peace in Damascus not recognizing. It’s time for Washington to finally understand that bearded warriors do not fight for democracy at all, but for territorial sharia, which ideally should be extended to the entire planet.

However, as long as John McCain and other “hawks” in the US Congress faithfully serve their patrons from the military-industrial complex, it is not necessary to speak about the future world in Syria. It would be premature to talk about the warming of relations between the United States and Russia. Politicians who build their business in the armament of the state will always have in mind the formation of a clear image of external enemies. As the latter, both Russia, a historically familiar and convenient target, and those countries which, in the opinion of the aggressors, are far from democracy, can act. Democracy, human rights, all kinds of “freedoms” - this is the basis of the US doctrine of exclusivity, which does not fit into the broad framework of multi-polar good neighborliness and is suitable only for the world with clear hegemon that thinks double standards: for Saudi Arabia there is one pattern, for Syria or Libya - another .

Thus, the Syrian conflict (especially after the invasion of NATO in Libya, in which the Kremlin went on about the West) showed that Russia really returned to big politics, and the United States has no chance to ignore this return. However, America will not rush to resolve the Syrian crisis. To be a hegemon or not to be - this question still torments the White House and Congress. CIA still supplies weapon Syrian "oppositionists" who are separated from the Islamists are about like flies from cutlets. Russia will have to prove more than once in practice that it is worthy of treating itself as an equal partner in the international arena. In the meantime, the White House fancies itself a heavyweight fighter, against whom the boy in the “feather weight” ventured out ...

Observed and commented on Oleg Chuvakin
- especially for topwar.ru
Ctrl Enter
Noticed oshЫbku Highlight text and press. Ctrl + Enter
We are
Results of the week. "From eight in the morning to ten - a feat"Geopolitical mosaic: Russia made a proposal on the Syrian chemical weapons, which Washington will not be able to refuse, and in Latvia they have missed the German boot
30 comments
Information
Dear reader, to leave comments on the publication, you must to register.