What did the Russian reconnaissance aircraft on the Turkish border? ("Yeni Safak", Turkey)

October 29 2013
103
There are no problems in the relations between Turkey and Russia in the military sphere. Bilateral relations in the economic field are today the best in stories. Despite the fact that Turkey is a NATO country and is associated with the transatlantic axis, it can enter into fairly close cooperation with Russia in matters relating primarily to the Black Sea. From the point of view of both countries, Turkish-Russian relations look like a model model. 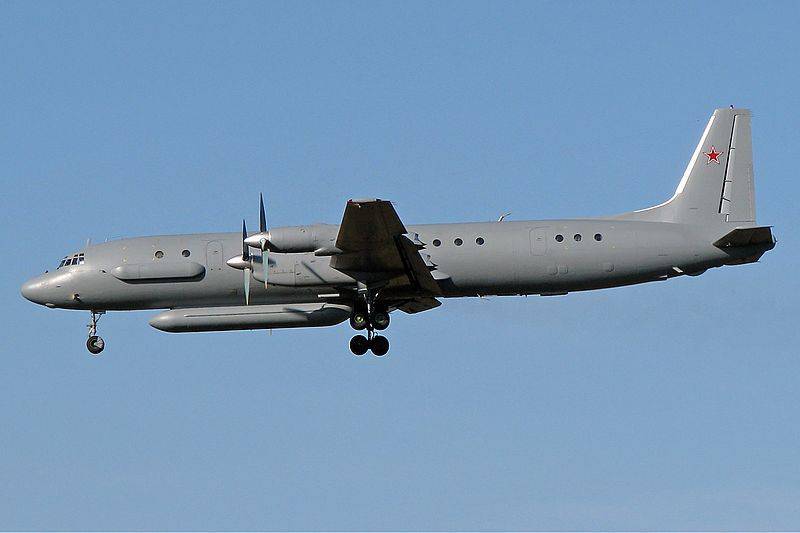 Nevertheless, according to the statement of the General Staff of Turkey, a strange situation has arisen, in which it is not yet precisely defined what exactly happened. Russian aircraft is approaching Turkish airspace on the Turkish-Georgian border. Turkish F-16 come on alert. In parallel with each other along the air border, the planes of the two countries fly to the Turkish-Bulgarian border.

In this regard, the question arises: would a Russian plane violate Turkish airspace if Turkish fighters had not made a “interception flight”? Judging by the fact that the planes were alarmed, this probability must have been very high.

A statement by the Turkish General Staff states: “An Il-20 military aircraft belonging to Russia, October 22, 2013, from 16.37 to 19.05, flew from the border of Turkey and Georgia to the border of Turkey and Bulgaria in international airspace over the Black Sea along the coast of Turkey from east to west. The aircraft (F-16.38) at 16 that reached 17.14 intercepted a military aircraft belonging to Russia in the region of Ordu province and, while in Turkish airspace, followed the plane to the Turkish-Bulgarian border. As soon as the plane left the region at 19.05, the Turkish planes returned to the air base. ”

It can be called the Russian equivalent aviation complexes AWACS available in the United States and some NATO countries. The Il-20 and Il-20 Coot are a NATO-designed electronic reconnaissance aircraft.

It changes things. Although the data on this incident were not completely clarified, discarding warnings, one should ponder the following questions: Why does an electronic reconnaissance aircraft belonging to Russia fly around Turkish borders? Why in threatening form, he is so close to the border? Is this the settling of accounts between the two countries unknown to us, and so the resulting force demonstration was carried out? Aerial surveillance that lasted for 2,5 hours, regardless of how to interpret it, is not the norm.

After a simple search, we learn that a similar incident occurred in another state. 29 of March of this year, the same Russian electronic intelligence aircraft type IL-20 similarly flew near the Swedish border, and fears in the Baltic Sea were caused by an excessive approach to the airspace of Sweden. Although the prosecution did not take place as quickly as in Turkey, this incident was a cause for serious concern in Sweden.

The most significant difference in the approaches of Ankara and Moscow is observed on the Syrian issue. The two countries stand in diametrically opposite positions and have not changed them since the first day of the Syrian crisis.

If this plane was a transport, apparently, then it would be possible to link this incident with Syria. While we are talking about a reconnaissance aircraft, it is possible to talk about different options regarding its pursuit from the Georgian to the Bulgarian border.

During the discussion around the figure of Hakan Fidan and the activities of intelligence services, the scandal between the US and Europe in connection with the interception, the discouraging rapprochement between Iran and the United States, the serious upheavals in the US and Saudi Arabia opposing this rapprochement, much like "Be probable."

Perhaps, around Turkey strive to start a new dispute? If there are many common questions with the United States, Iran, Israel, Syria, perhaps in relations between Turkey and Russia, to which both countries approach very carefully, is a crisis fueled?

Or is this a Moscow test focused on US and NATO intelligence on the Black Sea coast? Tested reflex, defense, susceptibility of Turkey?

Even if this is the case, whatever the goal, can such an approach lead to any serious consequences?

I think we have the right to expect a statement from Russia that would calm public opinion on this issue. Turkey, on the other hand, should inform public opinion in more detail regarding the nature, details, and reasons for the General Staff’s statement.

We really do not see any logical reason for Russia to carry out such a disturbing action. We just show interest.

If Turkey builds a balanced relationship with Russia, even to the extent that American ships leave the Black Sea during the war in Georgia, what is happening in the Black Sea now?

Has the Russian aircraft tapped Turkey or the US and NATO military bases located in Turkey, on the Black Sea coast?

Ctrl Enter
Noticed oshЫbku Highlight text and press. Ctrl + Enter
We are
The attack on the Russian aircraft and the political situation in TurkeySituational analysis of the death of the MH17 flight (Malaysian Boeing 777), made on the basis of engineering analysis from 15.08.2014
103 comments
Information
Dear reader, to leave comments on the publication, you must to register.