Break is not yet visible 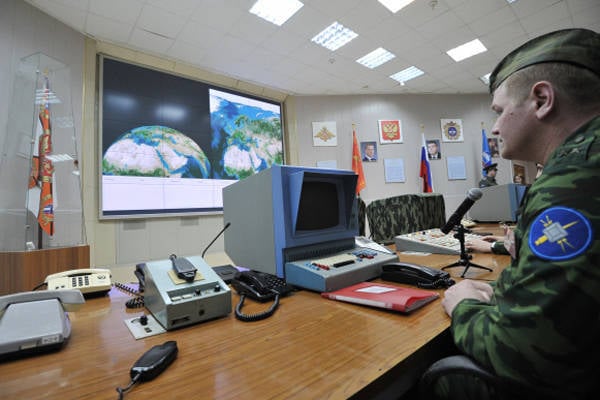 It seems that the intractability of Western generals on the European missile defense system is increasingly driving the dialogue between Russia and NATO to a standstill. The situation is reminiscent of the work of two telecommunications operators, who seem to be tuned in to one frequency, but no matter how much one calls the other, he receives in response: "I can't hear you."


Another attempt to reach out to partners yesterday in Brussels was made by the head of our military department. After a more than two-year break, a meeting of the Russia-NATO Council was held at the headquarters of the North Atlantic Alliance, at which Sergei Shoigu first held talks as Minister of Defense of the Russian Federation. The agenda was traditional for such meetings - including, inter alia, problems of international security, European missile defense, the situation in Syria and Afghanistan.

It is no secret that the political barometer of NATO shows "clearly" or "cloudy" depending on the mood in Washington. Therefore, in the list of bilateral meetings Shoigu negotiations with his American counterpart Chuck Hagel stood immediately after the protocol vis-à-vis with the Secretary General of the Alliance Andres Fogh Rasmussen. A dialogue with British Defense Secretary Philip Hammond and Italian Mario Mauro was scheduled for a later time. Bilaterals, like the Russia-NATO Council meeting, were not broadcast to journalists, but media representatives quickly found out: a breakthrough in the main issue - Europe’s missile defense - did not happen. It was difficult to expect otherwise. Even on the eve of negotiations with Shoigu, the Alliance’s Gen. Alliance openly declared that NATO’s approach to this problem was unchanged. Moreover, according to Fogh Rasmussen, by 2018, the missile defense system "will fully protect the population of Europe and the NATO countries." Russians do not seem to be considered Europeans in Brussels. Hence the role that the Alliance assigns to our country in the construction of the continent’s missile defense. In the NATO variant, the alignment of forces is as follows: Russia and the alliance create two independent missile defense centers that exchange information, prepare joint exercises and analyze external threats.

In the alliance, they prefer not to recall the sectoral construction of a single antimissile umbrella proposed by Russia. As for the main demand of Moscow - to give legal guarantees that the US missile defense system is not directed against our state - in the West it is still ignored. That is why at a press conference following a meeting of the Russia-NATO Council, Sergei Shoigu was forced to state:

- Collaboration in this area does not work. Missile defense programs in Europe are developing, and our concerns are not taken into account.

At the same time, the Russian Defense Minister confirmed that Russia is still open for mutually beneficial cooperation in the field of anti-missile defense, which can strengthen the security of each state.

“However, before we start joint anti-missile projects, we need firm and reliable legal guarantees that the US missile defense system will not be used against the Russian nuclear deterrent forces,” Shoigu said.

Unfortunately, missile defense is not the only stumbling block in our relations with the North Atlantic bloc. Moscow, in particular, is worried about NATO’s attempts to revive the old Treaty on Conventional Armed Forces in Europe. That is, the desire of Western generals to limit the number of our military equipment on a large part of the country and control its movement even within the borders of a sovereign state. And, at the same time, to preserve in Europe the so-called gray zones, where the buildup and deployment of military arsenals can go without control from Russia. This, first of all, refers to the Baltic countries that joined NATO after the collapse of the USSR. Of course, this option is unacceptable for us.

Another long-standing problem is the advancement of the Alliance’s infrastructure to the Russian borders and the NATO policy to expand its membership. Although admission to the bloc of new countries has now slowed down, Moscow is well aware that this did not happen because of the desire of the alliance to take into account our interests, but for economic and political reasons within the organization. After all, the so-called youngonatovtsy must be pulled up militarily to the level of the leading countries of the bloc, and this requires hundreds of millions of dollars. During the economic crisis, they don’t want to look for such huge sums either in the USA or in Europe.

In a word, there are enough problems in Russia's relations with NATO. But this does not mean that the dialogue between them can be minimized. As they say, a thin world is better than a good quarrel, and any military contacts are better than their complete absence. Especially since Moscow and Brussels have something to write "plus". This includes the joint fight against international terrorism, including maritime piracy, and cooperation in the rescue of ships in distress, and joint training to neutralize the invaders of air liners. The latter are practiced annually at the Vigilant Eagle.

We talked about the exercises even twice, when Shoigu recalled the unprecedented openness to the Western generals of our strategic doctrine, "West-2013." Russia informed NATO about its tasks and even the size of the forces and assets involved, and it did so in advance, and not as a result of the maneuvers, as it was practiced before. In November, the Alliance conducts its exercise "Stadfast Jazz-13" on the territory of Poland and the Baltic States and, apparently, invited our representatives there as a response gesture. We expect NATO officials and generals at the Moscow International Security Conference-2014, and Western soldiers and officers - at international tank biathlon competitions.

Separately, the Russia-NATO Council talked about the situation in Afghanistan after the coalition forces were removed from there in 2014 year. And also about Syria. Shoigu recalled that there was a junction of two threats - international terrorism and weapons mass destruction. According to our minister, it is possible to fight with them in the only way - jointly seeking the destruction of chemical weapons and its components not only in government arsenals, but also from the Syrian opposition.

There are still many areas of common effort. For example, next year Russia intends to promote the implementation of a joint project with NATO on the safe and environmentally "clean" destruction of old ammunition in the Kaliningrad region. And yet - to develop cooperation in ensuring security in transport.