October 24 2013
76
October 24 in Russia celebrates the Day of Special Purpose Units (SPN) - a professional holiday for all military personnel of special forces of the Armed Forces of the Russian Federation. At the same time, a single holiday, which would unite all special purpose units, was not in Russia for many years. Now, the holiday is celebrated annually on October 24, starting on the 2006 year, when the country's president signed a corresponding decree. That decree established 14 commemorative days and 7 professional holidays to increase the prestige of military service and the revival of military traditions in the country, as well as in recognition of the merits of military experts in the field of security and defense of the country.

During the Great Patriotic War, Soviet special forces units were able to actually realize their skills and abilities. Huge forests and the vastness of the expanses of our country contributed to the widespread use of partisan methods of warfare. At the very beginning of the war, the army intelligence units were used in the interests of tactical formations at a small distance from the front line, their main task was to collect intelligence information about the enemy. However, over time, the partisan movement became increasingly important. The guerrillas, being deep behind the front line, concentrated their main efforts on sabotage on German communications and firing on their troops, operating from ambushes. The tactics of reconnaissance and sabotage formations during the war years were extremely varied. We used raids, ambushes, sabotage and raids of sabotage forces. 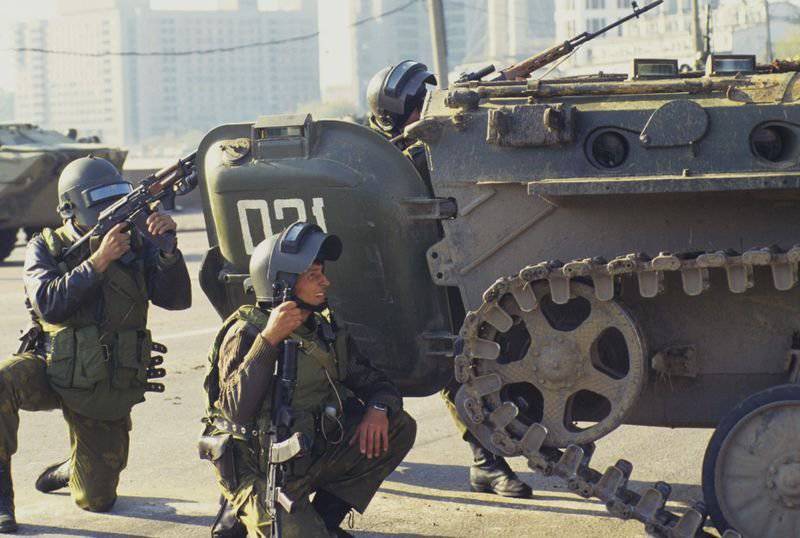 October 24 The 1950 of the year, in accordance with the directive of Marshal of the Soviet Union Alexander Vasilevsky, who at that time was the Minister of War of the USSR, began to train special personnel destined to act in the rear of the enemy forces during the mechanized and combined armies, as well as in some military districts. creating mouths for special purposes. In this case, the personnel for these units were selected from among the army intelligence officers. The experience of the reconnaissance and sabotage activities of Soviet partisans and saboteurs who acted in the German rear and on their communications was very widely used during the Great Patriotic War.

Already by May 1, 1951 managed to form an 46 mouth with a regular number of 120 people. All the companies subordinated directly to the Main Intelligence Directorate (GRU) of the General Staff. The following tasks were assigned to these special units: maintaining and organizing intelligence, identifying troop formations and conducting various special missions in the enemy’s rear, destroying any means of enemy nuclear attack, planning and conducting sabotage, creating partisan detachments in the enemy’s rear, searching and disarming saboteurs, fighting terrorism, etc. Over time, the quantitative composition and structure of the special forces units changed many times, but the main tasks always remained unchanged.

By the time of the collapse of the USSR, the GRU, ground forces, airborne forces, navy, and air forces had their own special forces units. In the 70-80-ies of the last century in the Soviet Army, there were 13 special purpose brigades. It was during this period that the active combat work of the special forces units took place, which took place in various countries of the world: in Angola, Vietnam, Cuba, Mozambique, Nicaragua, and Ethiopia. And then on the territory of Afghanistan, where special forces acted as part of a limited contingent of Soviet troops. In total, there were 8 special forces units in Afghanistan, which were consolidated into 2 brigades. Soviet special forces conducted their first operation abroad in 1968 in Czechoslovakia. In total, units of the Soviet Army Special Forces visited two dozen states of Latin America, Africa and Asia. 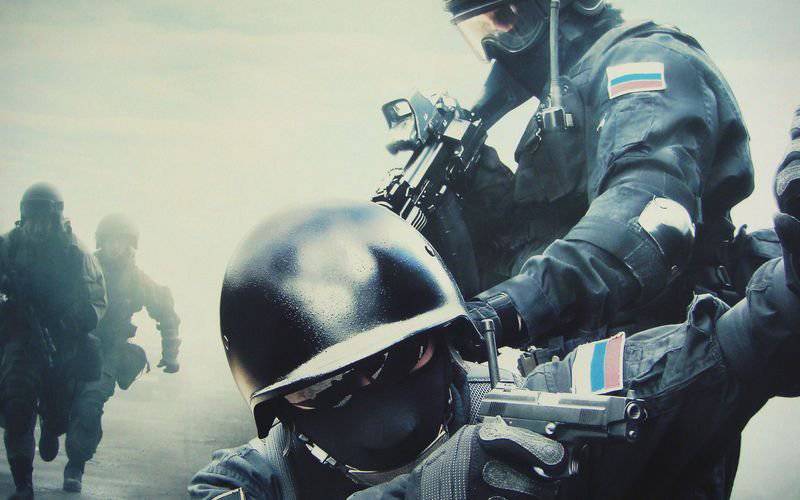 The fighting on the territory of Afghanistan has vividly demonstrated the possibility of independent combat operations by units and special-purpose military units. It became obvious that the actions of intelligence agencies of special forces in the conduct of hostilities against illegal (irregular) military formations, as well as in solving other special tasks, go beyond the scope of only reconnaissance support of combat operations. In Afghanistan, the combat use of military units and special forces formations became an independent part of the actions of the Soviet grouping of troops.

During the Afghan war, counterguerrilla warfare became a very important part of the fighting. Afghan mojaheds used special tactics of guerrilla warfare against the Soviet troops, avoiding direct clashes with Soviet military units. Having organized a surprise attack on a convoy of troops or a transport convoy from an ambush or made a raid on a stationary object, they tried to inflict the greatest possible losses in manpower and equipment in the shortest possible time. However, they tried to immediately leave the area of ​​hostilities, if the situation was unfavorable for them.

In response, the Soviet troops also used various methods of conducting special operations. The organization of ambushes, which became the most effective means of fighting the Mujahideen troops during their movement and caravans, became very widespread in that conflict. weaponscoming from the territory of Pakistan. It was the constant threat of an ambush of Soviet special forces that deprived the Mujahideen of freedom of movement even in the areas they controlled in the country. Very often, such a threat forced them to abandon the use of certain routes. 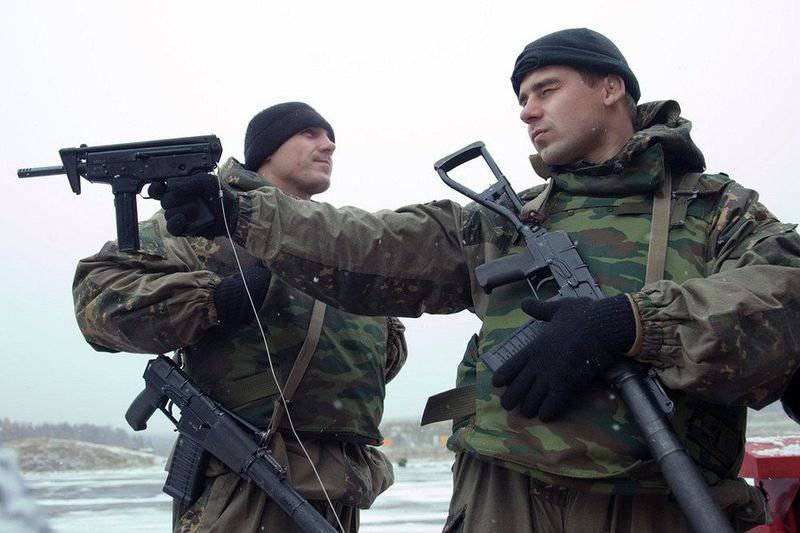 The experience gained by the special forces was useful during the military campaigns on the territory of Chechnya. Special Forces officers took part in the hostilities from the moment Russian troops were brought into the rebellious republic, they were used by both separate and consolidated detachments. During both Chechen campaigns, Russian special forces carried out their direct duties in the region, carrying out sabotage and reconnaissance and search and ambush activities against Chechen separatists.

At this point in time, the special forces units are the militarized units of the FSB, the Ministry of Defense, the Ministry of Internal Affairs, the Emergencies Ministry, the Ministry of Justice and a number of other federal bodies of state power (groups, detachments, reinforced groups) with their own names. The most famous Russian special forces are Alpha, Vityaz, Vympel, and Rus. Depending on the departmental affiliation, special-purpose units solve their own tasks: counterintelligence and reconnaissance, sabotage, anti-terrorist or anti-sabotage activities, the release of hostages or rescue operations, search and removal, the seizure of terrorists, the protection of VIPs of the state, strategic facilities, public safety and similar tasks.

The main feature of all such units is their relatively small composition, a very high level of training of fighters, surprise, speed, initiative, boldness, coordination of actions; skillful use in combat of the maneuvering and strike capabilities of military equipment and weapons, as well as the protective properties of the terrain, weather conditions, time of day. Over the years of its existence, the Russian special forces units have achieved the organization of well-functioning and well-organized training of new personnel. Today, Russian special forces are the most combat-ready and combat-ready military units that already have a rich and glorious history.

Ctrl Enter
Noticed oshЫbku Highlight text and press. Ctrl + Enter
We are
Day of Special Forces of the Armed Forces of RussiaToday, the servicemen of the Submarine forces of the Russian Navy celebrate their professional holiday - the Day of the submarine
76 comments
Information
Dear reader, to leave comments on the publication, you must to register.