“Non-Peaceful Chukchi”: 250 years ago Russia recognized the senselessness of the Russian-Chukchi war

October 23 2013
154
The army that recently defeated Frederick the Great, victoriously beating the Turks and the Swedes, gave way to the polar aborigines with bows and spears.

The Russian-Chukchi war (more precisely, the series of wars) lasted, according to some calculations, more than 150 years and ended for us, in general, ingloriously. True, we'll clarify something. The Russians did not leave, because the defeats were so painful for a huge empire. The war just lost its meaning (which is below). And of course, these were not 150 years of daily battles. The stay of the garrison in Anadyr prison, several campaigns, a series of skirmishes - here is a chronicle of events. All the Chukchi tribe (then “Chukchi” wrote) with old men, women, children numbered fewer than 10 thousand people, Russian troops — several hundred bayonets (were there any? the composition of the Koryaks and Yukagirs). So judge the scale of the fighting. And in general, frankly, not the main theater was for the theater of military operations. The empire here simply "marked the flag." In 1763, this flag was lowered. No one really noticed. 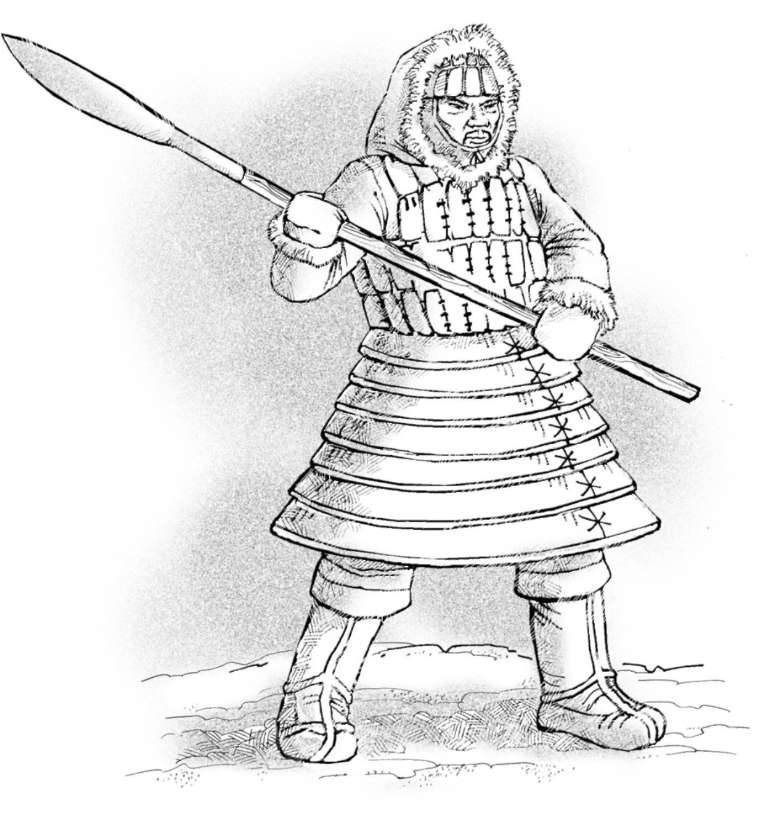 But on the other hand ... Russia left the territory, which it already considered its own. Were crushed by military contingents. Died warlords. The Chukchi seized the banner of the Russian military unit (and also weapon, combat equipment, even a gun - they do not need). And most importantly, they “forced themselves to respect themselves”: in the future, they no longer agreed with them from a position of strength. Whatever one may say, in all respects - our defeat, their victory.

But why is Russia with this tribe bullied?

In general, a natural process took place: mastering Siberia, the Russians in the 17th – 18th centuries went farther, to the most northeastern boundaries. Along the way, we agreed with the local peoples, took them into citizenship, established yasak (submit furs). They put winter hut - if the aborigines were set up peacefully. Or fortified jails - if non-peaceful. On the Chukotka Peninsula, by the time being described, there was a pivot point - the Anadyr ostrog, laid down as early as 1652 by the Cossacks Semyon Dezhnev. Not to be confused with today's city of Anadyr, that jail is now a village Markovo in the depths of the peninsula, a local oasis! Anadyr - simply because on the river Anadyr, on the banks of which the Chukchi lived.

Chukchi - ha ha! Well, we know! So many jokes about them goes!

Well, to the attention of lovers of these jokes ... "Circassian Siberia" - so in the memoirs he called the Chukchi who watched them a former exiled Polish insurgent “costume costume” Y. Soot. That is, compared with the Caucasian mountaineers. "The people are strong, tall, brave, strong build, (...) militant, loving freedom, (...) vengeful" - this is an estimate Dmitry Pavlutsky, one of the heroes of our story. And he fought with the Chukchi directly.

All the northern peoples of the main wealth - deer. This food, and clothing, and means of transportation. In the Chukchi, too. But they preferred to replenish their herds, hijacking the herds of their neighbors, the Koryaks and the Yukagirs. The raid economy formed a certain national type. Chukchi distinguished innate combat skills, courage, fearlessness. They preferred suicide to surrender. Yes, they did not know the guns and gunpowder. But they beat them from bows without a miss, they skillfully wielded melee spears, and in their armor and walrus hats were invulnerable - at least for the local enemy. Plus the swiftness of movement - on sledges, skis, the ability to disguise, the mass of ancient military methods ...

They have always looked down on other peoples - so why should any new Russian be treated differently? The first domestic mention of the Chukchi - reports from 1641, that they robbed Russian collectors yasaka. Robbed and more.

In 1725, the Yakut Cossack head Afanasy Shestakov He suggested that St. Petersburg organize an expedition to the north-east of Siberia. Petersburg knew about the unexplored lands there, about the existence of tribes that were not lined with yasak. And then, by the time, he also refused to pay his part of the Koryaks. Well, in 1727, the Senate gave the go-ahead to create "Anadyr Party". She was to study and take control of Chukotka, Kamchatka, the Okhotsk coast. Cossacks Shestakova gave the military command under the aforementioned dragoon captain Pavlutsky.

For many centuries Russia has not fought with anyone! Tatars, Turks, Swedes, Poles, Germans ... But there were opponents and quite exotic. 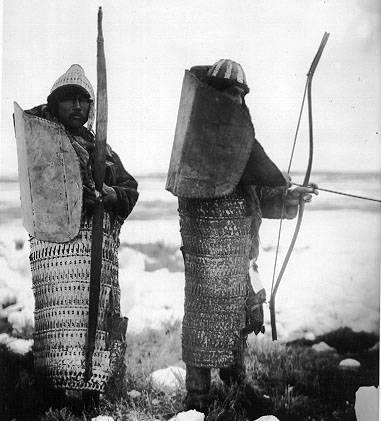 Recall, for example, "Russian-Indian War": in 1802 – 1805 colonists of the "Russian Alaska" fought with the tribe Tlingit (Kolosha) Indians on the island of Sitka.

Even before our opponents almost became Madagascar pirates. Or allies? At the dawn of the 18th century, the local filibusters (of European origin) decided to create their own “pirate republic”. They asked for help from Sweden. This became known Peter I. In 1723, he sent a secret expedition to the shores of Madagascar to ... Further unclear. Take the initiative? Act as appropriate? Anyway, the ship sent on its way sank. The plan slowed down. And at the beginning of 1725, the king died - and the project was curtailed by itself.

In 1870 – 80, great traveler N. Miklouho-Maclay, seeing the Anglo-German colonial aspirations for New Guinea, he asked in turn two emperors, Aleksandra II, and then Alexander III set over her Russian protectorate. I almost provoked an interstate crisis. But Petersburg because of the Papuans did not want to get into a fight.

Reading today materials about the “Chukchi epic” of the 1720 – 50s. (detailed work A. Zueva, V. Gritskevich and others), pay attention not even to the vicissitudes of the campaigns and fighting. The characters of the “actors” themselves are interesting. This is the conquistadors, our Pizarro and Cortes! The same courage, energy, courage. The same ruthlessness (in the name of Pavlutsky, the Chukchi frightened children for a long time). The same sometimes treachery (centurion Shipitsyn I invited Chukchi elders to the talks and cut them). The same vanity, mad temperament. Pavlutsky and Shestakov could not agree which of them was the main one. In 1729, they together came out from Tobolsk, on the way to Yakutsk they quarreled to the death, - and then each went with his squad, in his own direction.

Shestakov acted on the Okhotsk coast - pacified the rebellious Koryaks, fought "Chukchi". In 1730, I ran into an ambush. Wounded by an arrow in the throat, was captured - and the Cossack head was cut off.

With Pavlutsky came out even more interesting.

He was actually Pavlotsky and now it would be called Belarusian: the son of a native of the Grand Duchy of Lithuania. Therefore, for Belarusian historians, it is almost “our countryman.” They celebrate his merits. He organized an expedition to the shores of Alaska ... He taught Kamchadals to arable farming ... For the first time he brought them a cow and a bull ... That's right. Only Pavlutsky is famous for others.

In September, 1729-he reached Anadyr and became the head of the "party". Tired of the raids of the Chukchi, the Yukagirs and Koryaks willingly accepted the “Russian hand”. But now they had to be protected. Pavlutsky made several trips around the peninsula against the Chukchi. The enemy couldn’t resist the rifle fire, suffered terrible losses in the battles, - and then on to the Chukotka camps, Pavlutsky passed as a true punisher. But he achieved the goal - for the time being “forced to peace”.

After the battle, the corpse of a strange man was found near the present Cape Dezhnev "Zubatogo": from the cuts on his lips were sticking out the bone-like walrus fangs. The custom is not local. It turned out: it was an Eskimo who had fought with the Chukchi. And the Eskimos came from Alaska, about which the Russians did not know then. But since the Chukchi and the Eskimos are connected - does this mean that the land of the Eskimos is not far away? Pavlutsky reported to Petersburg. In 1732, the bot "Saint Gabriel" crossed the Bering Strait (not yet bearing this name) - the Russians first came to the Alaskan shores.

Then Pavlutsky was recalled to Yakutsk, they gave the major, then he served in Kamchatka, again in Yakutsk, again in Anadyr. Only the Chukchi were indomitable. In March 1747, they hijacked a garrison herd of deer. Pavlutsky, with a hundred Cossacks and Koryaks, rushed in pursuit - and flew at the Chukchi warriors already waiting for him. They were five times more, and the moments when the enemy was vulnerable were already known. After the first volley, the Cossacks began to reload their guns (then the procedure was long), then the Chukchi attacked. In the ensuing melee Pavlutsky squad was defeated, the major himself was killed.

Angry Petersburg sent new troops to Chukotka, but oh, how difficult it is to fight on frozen ice expanses! In addition, the Chukchi did not get involved in battles, preferred guerrilla tactics. Yes, in fact, they were not so much fighting with us, as they simply robbed the neighbors. A sluggish standoff lasted another ten and a half years. With Elizabeth the wise admiral became the Siberian governor Fedor Soymonov. He kept saying: Throw these Chukchi, let them live as they want. Their land is scarce, and most importantly - we do not need it. Possible springboard for a throw to Alaska? Simply go there by sea. And in 1763 (250 years ago), already with Catherinenew chief of the Anadyr party lieutenant colonel Friedrich Plenisner presented the calculations - in what the treasury of the content of the party itself costs. The figure was astronomical - despite the fact that income was not and was not expected.

The Senate gasped and made a decision: to liquidate the party, to fortify the fort, and to withdraw the garrison and the Russian settlers.

Although ten years later I had to return: French and English ships began to appear near the Chukchi shores. They were afraid that another Russian outpost would appear next to the Russian Alaska. But Catherine strictly ordered the Chukchi to come to terms with good, to meet them halfway.

Nevertheless, before October 1917, the Chukchi were considered not completely “pacified”.

... Although, of course, the vodka brought by the “white people” turned out to be more terrible than the rifles of Major Pavlutsky for the stern warriors of the North.

Ctrl Enter
Noticed oshЫbku Highlight text and press. Ctrl + Enter
We are
Chronicle of the "Afghan war." "Stinger" against helicopters: special forces against "Stinger"Feat Ikansko hundreds
154 comments
Information
Dear reader, to leave comments on the publication, you must to register.