Vice Prime Minister of Syria: Peace will come to the country in 2015 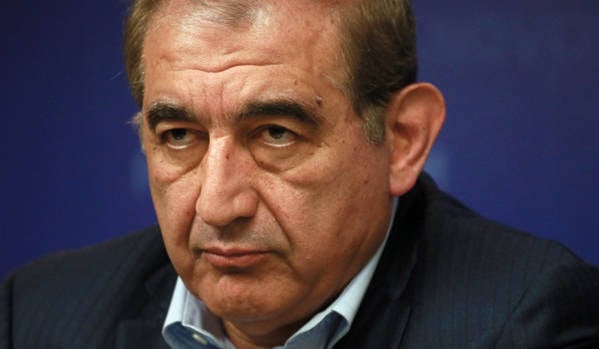 The visit to Moscow of the Deputy Prime Minister of the Government of Syria on economic issues Kadri Jamil has ended. In the current Syrian government, he represents the Popular Front for Liberation and Change, which is part of the internal opposition. Before leaving Moscow, Kadri Jamil gave an interview to the Voice of Russia.


- Please tell us about the results of your visit to Moscow. And, by the way, specify what was the status of your visit - state or party? So you represented the government or the opposition?

- The Syrian government did not authorize me to discuss any specific questions, I am not responsible in the government for the political component. In government, my area of ​​responsibility is economic issues. So this visit was a purely party one, I was here as a representative of the Popular Front.

- Nevertheless, could you briefly describe the current situation in the Syrian economy?

- The economic situation in the country directly depends on the security situation. It is impossible to solve economic problems without resolving pressing political issues and, of course, without solving security problems. We need stability. It is also necessary to solve the problem of international economic sanctions. All of these factors in the aggregate have a very negative effect on the situation in the economy. The real situation is very complex, the influence of the external factor is also very large. A way out of the impasse is possible only through the search for a political solution through dialogue.

In this sense, the main hopes are related to the convening of the second Geneva Conference on Syria. Now there is already confidence that this conference will be convened after all. And international and regional players are already aware that it is impossible to solve the Syrian problem militarily, the exit is possible only through negotiations.

- This is, as I understand it, the point of view of the "internal" Syrian opposition. Meanwhile, the external opposition in the person of the Syrian National Council has already refused to participate in the Geneva Conference. What is the relationship between internal and external opposition now, do you have points of contact?

- Is it possible to convene the Geneva Conference without the participation of certain representatives of the external opposition?

- The convening of the Geneva Conference is a resolved issue, international forces agree on the need to convene it. As stated, the doors of the conference will be open to all who care about the fate of Syria. Those who refuse to take part will be left out of the new political reality and will doom themselves to defeat and isolation. "Geneva-2" must first ban the export of mercenaries, weapons and money to Syria, that is to close the borders for them. If this happens, then we can say that the situation in Syria is beginning to normalize. It is the duty of the international community.

- A lot of data about how many people left Syria during the war years, you know the exact number, can we talk about millions of people?

- No, these numbers are too high. Inside Syria, there are about five million displaced people left. Those people who have left their homes and are located in the border areas of Lebanon, Turkey, Jordan, Iraq, I think, not more than two million.

- Do you agree that Syria is really a humanitarian catastrophe?

- In some areas we can talk about a humanitarian catastrophe. The country needs primarily flour, sugar, rice and medicines. Syria helps real friends of the country - Russia, Iran, China.

- In Syria, the process of disarmament is underway, it is very expensive, the country itself cannot cope financially with this issue. Which countries have already expressed a desire to help Damascus?

- Russia has declared its willingness to help in this matter. I think the international community should be seriously involved in this. Because it is very expensive, the situation in Syria is difficult. To date, UN experts on the prohibition of chemical weapons have conducted inspections at half of the facilities in Syria, and the process of destruction of chemical weapons has begun. I think that by the middle of next year this work should be finished.

- Some of the opposition intentionally disrupt this process?

- Some members of the opposition do not want to stop the violence in Syria, so they are trying to find different reasons to thwart the political process, including this one.

- What are your expectations regarding the future of Syria, when you can wait for the end of the conflict?

“I think that next year we will be able to get out of the crisis and begin lifting Syria from the ruins.”

Ctrl Enter
Noticed oshЫbku Highlight text and press. Ctrl + Enter
We are
A great interview with Sergey Lavrov: about Ukraine, Obama and Iran
21 comment
Information
Dear reader, to leave comments on the publication, you must to register.