Kyrgyzstan showed at the door, Romania opened the door

October 21 2013
49
Kyrgyzstan. Center for transit traffic, the former US Air Force base "Manas". The United States Department of Defense is starting to remove the TSC from Kyrgyz territory. In this case, all the objects that were occupied by the US military at the Manas airport will be transferred to the Kyrgyz government. 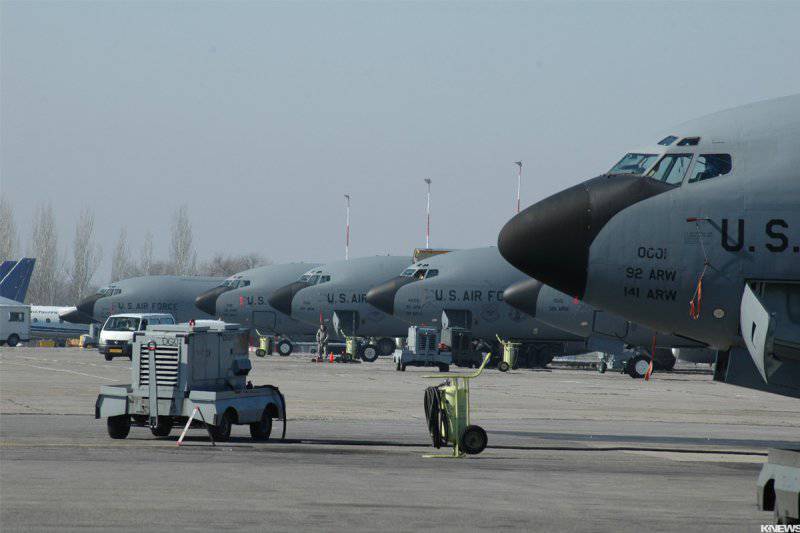 The air base in Manas (about 20 km from the capital of Kyrgyzstan) began its work almost immediately after the coalition forces entered the active phase of the operation in Afghanistan. Initially, airplanes of various countries participating in the Afghan war (France, Spain, Italy, etc.) were stationed on the territory of the military base in addition to the United States, of course. Moreover, it was either refueling aircraft or heavy-duty military transport C-130. Then the American side began to negotiate with the Kyrgyz authorities on how to get an opportunity aviation expand the base through the use of its territory to accommodate a group of early warning aircraft.

Until 2005, there were no specific complaints about the Manas airbase from the Kyrgyz authorities. However, then the newly-minted president of Kyrgyzstan, Kurmanbek Bakiyev, decided that from the western "allies" one could "fuck" a little more than what they were offering for renting the territory for the air base at the moment. Bakiyev’s first demands were for the West to increase pay for finding a military airbase in Kyrgyzstan almost 14 times, although the Americans went for a much smaller increase in pay. Against this background, active calls for the closure of the military airbase "Manas" began to appear in Kyrgyzstan. Bakiyev immediately realized that in such a situation one could “fuck” not only from the Americans and other representatives of the Western coalition, but also from other “partners”, namely from the Russian Federation. Bakiyev’s move was as follows: within the country, he states that the base can continue its work if the West significantly increases funding, otherwise the Manas base will be closed; Bakiev assured Russia that the airbase would be closed anyway, for which Moscow also had to fork out.

This game Bakiyev noticed in Moscow and in Washington. At the same time, Washington even accused the Russian authorities of exerting pressure on Kurmanbek Bakiyev so that the Kyrgyz president would close Manas (not the airport, but the airbase, of course). Official Moscow then announced that it did not understand the pressure of the representatives of the American administration.
In 2008-2009, the process of "closing" the air base began. The Kyrgyz authorities announced that American, French, Italian and other representatives of the coalition forces were leaving Manas. All agreements have already been signed, but suddenly it turned out that the Afghan government decided to ask the Kyrgyz authorities to assist them "in restoring Afghanistan." What is the kind of help that should have been expressed? And it’s exactly that the Manas airbase was not closed ... Did the idea of ​​a "fraternal" assistance to Afghanistan by Kyrgyzstan come directly to Hamid Karzai’s head, or someone suggested something to him - as they say, we can guess ...

As a result, in the 2009 year, the Manas airbase was “closed”, but in its place a Transit Transportation Center appeared, which is still active today.

A number of experts claim that it was this double game of Kurmanbek Bakiyev that subsequently cost him the presidency, which the new president, Almazbek Atambaev, occupied in 2011.

From the moment Almazbek Atambayev came to power in Kyrgyzstan, the talk about the complete collapse of the Manas TSS base has resumed. At the same time, the new Kyrgyz leader preferred to discuss the option of closing the base-TSC (which is called American) in more detail, including with the Russian Federation.

After a series of negotiations with different parties, the decision to close the TSC was taken. According to this decision, the US military should completely leave the leased area before the summer of next year. The Kyrgyz authorities explain this by the fact that by this time the operation in Afghanistan itself must end (according to Barack Obama), and therefore there will be no need for the TPC.

The Pentagon reacted calmly to the decision of the Kyrgyz authorities, but with a certain Örniche ...

The United States respects the decision of the government of Kyrgyzstan to stop deploying TSCs after more than 12 years and intends to continue to support the democratic and economic development of Kyrgyzstan.

Translated from the US-Pentagon to the human, it sounds like this: 12 years, you know, placed-placed, paid money, and then - on you! - they decided ... But we will follow your democratic and economic affairs - we will not go anywhere!

According to the same press service of the main US military department, the work on curtailing the activities of the Transit Center in Kyrgyzstan has already begun.

And where are the American partners going to transfer their TSC, because again, according to Obama, the withdrawal of US troops from Afghanistan is about to enter the active phase?

It turned out that American friends expressed a strong desire to shelter the Romanian side. This was first stated by Pentagon spokeswoman Cathy Wilkinson, and then this information was confirmed in Bucharest. Now all the equipment that is currently located on the territory of the Transmission Center "Manas" will be gradually transferred to the Romanian Constanza, to the airport. Kogalnichanu. And the process has already started, as they say.

By the way, in order to transfer servicemen and equipment to the territory of Romania, Americans do not need to conclude agreements with Bucharest. All the agreements that are necessary for this were concluded even when Condoleezza Rice was in charge of the main US department of foreign affairs. According to those agreements (sample of December 2005 of the year), the Romanian side undertakes to provide the American side with the necessary space for its military personnel and military equipment. Prescribed in those agreements and the option of using the Constanza’s WFP, as well as polygons in the Danube Delta.

Americans have already used some of these facilities for military operations in the Middle East. Now, apparently, on the Romanian US military bases activity will become even more vigorous.

PS On the territory of Russia, NATO’s “logistics center” also operates, but for now, rather on paper. Since the establishment of the central heating point in Ulyanovsk, only one trial delivery of goods has passed through the center. At the same time, there are three main versions why the center did not work. One of them-did not agree on the price, the second-the loss of interest in transit through Ulyanovsk by NATO members themselves, the third-the political friction of the United States and Russia. The official statement of the officials of the North Atlantic Alliance: the transit of goods through Ulyanovsk is too expensive. The word “expensive” here, apparently, can be interpreted in different senses ...

Ctrl Enter
Noticed oshЫbku Highlight text and press. Ctrl + Enter
We are
Are Americans leaving Manas?Reasons why Kyrgyzstan is not admitted to the Customs Union
49 comments
Information
Dear reader, to leave comments on the publication, you must to register.