There are ambitions, but no money in the budget: Russian military experts on the “new” Ukrainian army 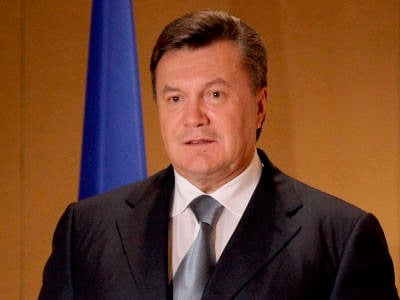 The decree of the President of Ukraine Viktor Yanukovych on the transition of the Ukrainian army to a contractual basis has so far been a declaration, which is far from practical implementation. This opinion was expressed by a Russian military expert and editor-in-chief of National Defense magazine Igor Korotchenko to a REGNUM correspondent. According to him, the meaning of the transition to a contractual basis is explained by two important factors: the lack of resources for maintaining a large army and the lack of real military opponents.


"The Ukrainian army is already compact enough, but with budget money for its maintenance problems. In such a situation, the Ukrainian leadership decided to further reduce the number of troops, turning its army into a similar to the compact armed forces of Europe. In addition, Ukraine has no real opponents a larger army would have been necessary, "the interlocutor remarked, adding that in the decree of Yanukovych populism is also felt.

On the other hand, Korotchenko pointed out, the question of what is more expensive - a large “ordinary” army or a professional, but small, remains open.

On the question of whether the transition to the formation of the Armed Forces on a contract basis is a result of the natural development of the Armed Forces of Ukraine and its achievements on this path, Korotchenko answered negatively. "She has not achieved anything. Ukraine is still a country of transition, is in the process of transformation from the Ukrainian SSR to Ukraine as such. Unfortunately, it does not have much success here. It has ambitions but no money in budget, "he remarked.

According to the deputy editor-in-chief of the newspaper Zavtra, military expert Vladislav Shurygin, Ukraine is not so smooth with the absence of military problems. “Now there is no real threat, but in the medium term, it can arise in Crimea. It’s about ethnic and religious conflict that could flare up with the Crimean Tatars. But today, apparently, in the context of Kiev’s upheld political ambitions and an economy that does not allow for a large army “The assessments of the threats that the Ukrainian leadership has or wants to dispose of speak of a transition to a quantitatively meager professional army as the best option,” he noted.

Vladislav Shurygin also drew attention to the fact that the transition to a contract army was one of Viktor Yanukovych’s campaign promises made during his first election campaign. “Apparently, in the conditions of a very low rating, he decided to replenish his stock of popular sympathies,” the expert noted.

As for the declared goals of the transition, namely, the improvement of professionalism and the level of training of Ukrainian military personnel, Shurygin expressed rather skepticism. “A totally contract army is not a panacea for dilettantism. There are many countries in the world with completely“ professional ”, but in fact very poor armed forces. The Saudi Arabian armed forces, for example, are fully formed on a contract basis and leave much to be desired. In Israel, on the contrary - a mandatory call, and the level of training and combat readiness of the Israeli military does not cause anyone's doubts. As for the Ukrainian army, it is at a fairly low level today, "the deputy chief editor of Zavtra stressed.

Referring to the future of the Ukrainian Armed Forces after the transition to a contractual basis, Shurygin expressed the opinion that it will turn into a kind of contingent with two goals: formally "to be", as well as to participate in international peacekeeping operations; for example, in cooperation with NATO. "But here it should be noted that the transition to a contract basis is a serious, time-consuming process, which largely depends on the amount of funds. It took 10 years for the super-rich US, Germany spent 20 years for this process. Ukraine, if 70% Sun dissolves, warehouses weapon and hang locks in warehouses, can go on a contractual basis for the year ... on paper. In order to actually create a serious, combat-ready contract army, they will need to increase the current funding of the Armed Forces 2,5-3 times and keep that pace for at least 6-8 years, ”concluded Vladislav Shurygin.

As REGNUM reported earlier, on October 14, the President of Ukraine, Viktor Yanukovych, with his order, abolished universal conscription and transferred the army to a contract basis. Nevertheless, the decree states that in the internal troops will be recruited for military service. This decision was made due to the fact that, according to Yanukovych, modern military equipment requires professionals, they will serve under the contract, they will be in the hands of the security of the state.

Ctrl Enter
Noticed oshЫbku Highlight text and press. Ctrl + Enter
We are
Commentary on A. Petrov's interview “Fire and Tactics in the Russian Army: Another Look”About Stalin and Khrushchev
24 comments
Information
Dear reader, to leave comments on the publication, you must to register.