Ukraine has developed a unique set of anti-shock weapons 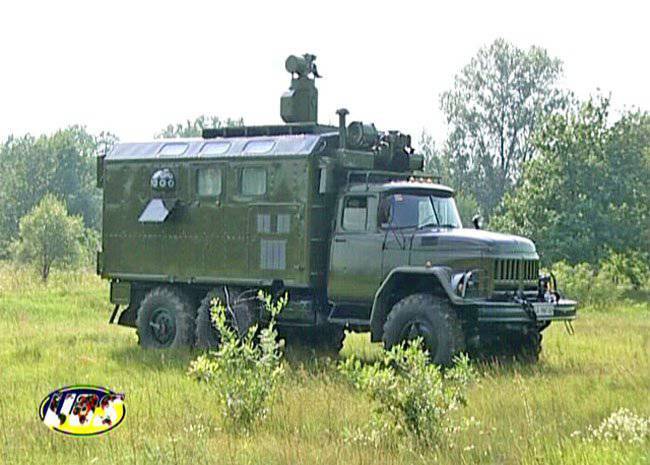 Today weapon with optical-electronic guidance systems is approximately 80% in service with the leading countries of the world. The experience of military operations in modern conditions has shown a significant advantage and prospects for the use of high-precision weapons (WTO) compared with traditional means of protection.

Ukraine has always been at the forefront of military-technical developments, and today the State enterprises of Ukroboronservis and the Kvant Research Institute are developing a newest complex of optical-electronic countermeasures based on the experienced Chestnut-3M. Accurate information is currently classified.

In 2006, the first experimental complex Chestnut-3М was developed, which was the beginning of a whole family of special systems. The complex is designed to protect critical objects from missiles, shells and aerial bombs with semi-active laser homing heads.

The complex, located near critical facilities, such as a nuclear power plant, can not only catch the laser beam, but also expose a more powerful false illumination that takes a missile or bomb far from the target. Such a laser spot cannot be seen with the eye, but the equipment copes with it.

In addition, the pilot, launching guided missiles from the air, will assume that there are malfunctions in his guidance equipment. Thus, this equipment itself is, among other things, barely noticeable, it is very difficult to detect it.

In the course of long practical tests conducted by experts of the Research Institute "Kvant" together with the military, it was found that all the guided bombs dropped on the target, using a mobile automated complex of optical-electronic countermeasures, deviated from the targets hit at a safe distance.

According to the developers, the complex is able to simultaneously repel an attack of two or three dozen high-precision missiles. This method of protection does not require the use of consumable ammunition, the breakdown of targeting the striking elements of precision weapons occurs without their fire damage, which significantly reduces the cost of combat use. The Kashtan-3m complex is mounted on the basis of the KrAZ vehicle.

The basis of the complex is a receiver of laser radiation and a device for setting a false laser target. Receivers of laser radiation - retractable, they are installed on each side of the box. The device for setting a false laser target (LLC) is located on the base, on the roof of the complex. The complex "Chestnut-3m" also includes a control panel of the complex, drive controls for the production of LLC, controls and switching of the primary power supply.

The complex has a fairly high detection rate of laser radiation, which is more targeted than the pointer — at least 0,9. The probability of moving the attacking ammunition into the zone of a false laser target is not less than 0,6. Such indicators are confirmed by practical tests of the complex. According to the developers, the main component of the complex is not its material part, but the algorithm of work and software created on the basis of a long study of the practical experience of using weapons with a laser guidance system and tactics of its use.

At the moment there is information about the continuation of work on the modernization of the complex and the reduction of its size. According to unconfirmed information, a certain Asian country was very interested in this complex. It is planned to use this complex to protect industrial facilities and command posts. At the same time, information appeared about the installation of this complex for promising samples of armored vehicles and, in particular, for the main battle tank. 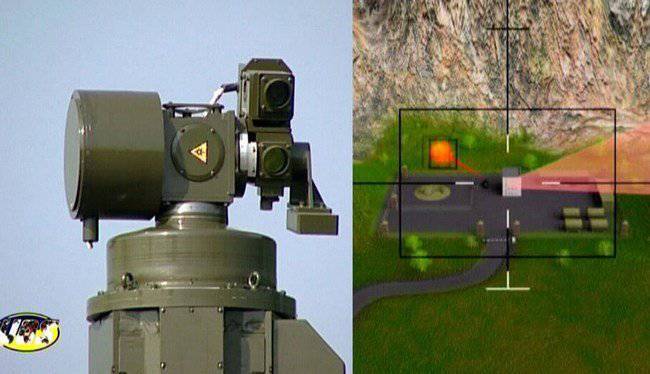 Ctrl Enter
Noticed a mistake Highlight text and press. Ctrl + Enter
We are
ARMY-2016. The latest complex of biological protectionAbout precision weapons and the "strategic soldier"
54 comments
Information
Dear reader, to leave comments on the publication, you must to register.