USA-IRI: Where do the winds of change blow? 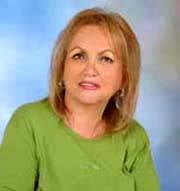 Elena Kasumova, Associate Professor at the Department of Political Science at the Academy of State Administration under the President of Azerbaijan:


- Now they say a lot about the fact that the USA is experiencing a “honeymoon” in relations with Iran. Who would argue: the handsome, discreet Hassan Rouhani looks much more attractive than his predecessor, very similar to the person who can be found in the trading ranks of any eastern bazaar. But the point is probably not in the personalities of Iranian leaders, but in the fact that both the USA and Iran have reached the limits of their capabilities, including geopolitical ones. I think that the Iranian establishment has always understood that they will not be allowed to get their own nuclear weapon and in his nuclear research he dreamed of staying at the point when his possession would become hypothetically possible in the foreseeable future. But now Tehran, exhausted under sanctions, has either convinced itself that it has already approached this line, or has realized that it is becoming extremely dangerous to continue playing with fire.

The United States has driven itself into a no less difficult situation. The potential of threats has already been exhausted, the policy of sanctions has proved to be not catastrophic for Iran. In any case, the opposition did not take to the streets protesting against the “regime of mullahs”. And America is not ready for another full-scale war, as President Obama himself declared. Therefore, entering the political scene of Hassan Rouhani was an excellent reason to reduce the intensity of the American-Iranian contradictions.

This is because President Obama was the initiator of telephone conversations with his Iranian counterpart, and John Kerry managed to retire with the Iranian Foreign Minister Javad Zarif at the Six. I suspect that this was a half-hour monologue of the US Secretary of State.

And then, flirting with Iran to President Obama is simply necessary to correct his own image. After the obviously hasty and ill-conceived Syrian demarche, he had to appear before the world community in a certain peacekeeping role. You can’t just swing a baton, which even President Theodore Roosevelt offered to always keep to himself, but at the same time "speak quietly."

I don’t expect any real results from the mutual American-Iranian overtures. The Iranians will conduct their diplomacy, demonstrating, according to Rahbar Khamenei, “heroic gentleness” and delaying the time to solve their political tasks, and the Americans, without lifting the sanctions, will also pull it, waiting for the hardest Middle Eastern puzzle to take shape. clear picture for them. 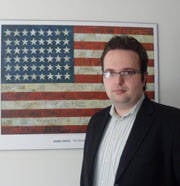 - Now in the US, some veterans of the American policy nostalgically recall the times when the Iranian Shah was the most loyal American ally, and specialists from the Israeli atomic centers in Dimona and Sorek laid the foundations of the atomic reactor in Bushehr and developed the design of the research reactor in Isfahan. But all this in the past is obviously irrevocable. We are still only on the distant approaches to the productive American-Iranian dialogue that President Obama is ready to begin. I believe in the sincerity of his intentions.

President Obama and Israeli Prime Minister Benjamin Netanyahu have just discussed a strategy for negotiating a nuclear program with Iran. Mr. Netanyahu brought, in fact, Tehran’s surrender plan to his “nuclear dossier”, but Barack Obama did not even mention him in his closing statement, confining himself to a statement about the “highest standards of control over the implementation” of any agreements with Tehran. Of course, there were notes of metal in the president’s voice, but he didn’t drive the cat into a corner, realizing how high the bar of anti-American sentiment had been in Iran for the post-revolutionary years.

Of course, the United States cannot now choose a military option to resolve the Iranian “nuclear dossier.” As one of the clever political scientists noted: “The American people's aversion to external military intervention is so great that voters welcome almost any initiative that reduces American responsibility for external problems.” But in American flirting with Iran, there are other components besides neutralizing Tehran’s nuclear threat.

All are unanimous in the fact that in the Middle East a real sectarian war has unfolded between Sunnis and Shiites. Already there is information that the Islamic militia of Syria came close to the creation of the "Army of Muhammad" in 250 thousands of militants. It seems that these forces have opportunities for numerical growth and prospects for cross-border operations. They are able to remove any Middle Eastern regime from the political map, which is not in the national interests of the United States. A strong and friendly Iran can become a counterweight to Sunni domination, which will help solve the problems of the Middle East and North Africa without the participation of third forces - Russia or China. 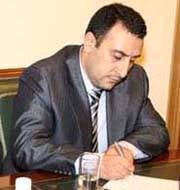 - The attention of the world community is focused on possible positive changes in the US-Iranian relations. Hopes for a warming relationship have strengthened in the light of a recent telephone conversation between the US and Iranian presidents. And then the Iranian president’s intention to try to restore air communication between Tehran and Washington emphasized Iran’s interest in improving relations with the United States. However, a day after the mutual overtures to the American and Iranian presidents, at Obama’s meeting with Israeli Prime Minister Benjamin Netanyahu, harsh warnings were issued against Iran in case of attempts to create nuclear weapons. In response, Iran immediately accused the United States of undermining the trust and impermanence of the political line. The head of the Ministry of Foreign Affairs of Iran Mohammad Javad Zarif immediately wrote about this in his microblog on Twitter: “President Obama must be consistent in order to build mutual trust. Sharp turns undermine confidence and weaken the credibility of the Americans. "

Today it is still difficult to judge how far the mutual exchange of courtesies between the US and Iran will go, but, apparently, the failure of the American plan to invade Syria with the aim of overthrowing the pro-Iranian regime of Bashar al-Assad is not the last reason. After all, the fall of the Syrian regime would allow the United States not only to weaken Russia's influence in the Middle East and the Mediterranean, but also to press Iran against the wall, an important ally of which is the Syrian President Assad. However, delaying the resolution of the Syrian issue in favor of the United States forced Washington to look for ways to ease tensions with Iran. In fact, at this stage, this means so far that the tactical victory over the West is led by forces led by China and Russia, who do not want fundamental changes in Syria and especially in Iran.

At the upcoming stage of the withdrawal of American troops from Afghanistan, the States are in dire need of help from Russia, and therefore make concessions on the issue of Syria and Iran. It will be possible to talk about how long the United States will put up with this situation, and how seriously Washington is interested in improving relations with Iran, after the complete evacuation of coalition forces from Afghanistan, especially the main contingent of US troops, whose withdrawal is scheduled for the end of 2014. 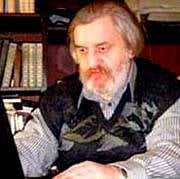 - We agree that Iran, which is at the height of confrontation with the Americans, and Iran, which is in the process of negotiations with the United States, are two different situations in the entire Greater Middle East. The second is preferable, as it repeatedly reduces the level of risks not only for Israel, but also for Azerbaijan and other countries of the Caspian basin.

In general, American-Iranian contacts can bring serious political dividends to the United States in the region. The very fact of their existence seriously weakens the "axis of Islamic resistance" to the Americans, to which Iran now wants to join its once worst enemies - the now disgraced "Muslim Brotherhood." However, the “axis” is already bending - there is information that Tehran “as a sign of goodwill” withdraws the Hezbollah fighters from Syria. So far this is an informational “duck”, but it has every chance of becoming a reality.

Another question is whether Americans will be able to make the most profitable use of the fluctuations of Iran’s foreign policy. Too many mistakes, at first glance, have been made by the Barack Obama administration lately. This made it possible for numerous political scientists, paraphrasing a well-known proverb, to ask the ingenious question of “whose tail wags the dog?” who has a major impact on US policy, which is pointless to deny. They call the shadow "world governments", the Israelis, the head of Saudi intelligence, Prince Bandar and even Vladimir Putin ... Or maybe the inconsistency of the current American administration is due to some other logic that the observers do not understand?

The New York Times recently published a “map of the new world born on the ruins of the Arab Spring. Commentator Robin Wright told the readers how Syria, Iraq, Libya would disintegrate, give birth to Kurdistan and even “balkanize” Saudi Arabia. Continuing the thought of Mr. Wright, we note that Iran will not remain aloof from these processes of "political half-life." You can shrug it off - but this is the notorious “reformatting” of the Greater Middle East according to the patterns of President Bush Jr., and not Barack Obama. Then a seditious thought creeps in: if the national interests of the United States are replaced by the interests of transnational companies, then the American foreign policy strategy ceases to depend on the good intentions of any American administration. Is the “reformatting” scenario obligatory for the states of the whole “Eurasian arc of instability”? Is not a fact. Moreover, it is far from a fact that the post-Soviet countries, for example, Azerbaijan will be involved in it. But here everything depends on how strong the internal and balanced foreign policy will be by these states.

Ctrl Enter
Noticed oshЫbku Highlight text and press. Ctrl + Enter
We are
A great interview with Sergey Lavrov: about Ukraine, Obama and IranWhat you didn't want to know about England
Military Reviewin Yandex News
Military Reviewin Google News
15 comments
Information
Dear reader, to leave comments on the publication, you must sign in.