Siberian magnetoplane. In the USA, the “transport of the future” was presented according to the project of a Russian engineer 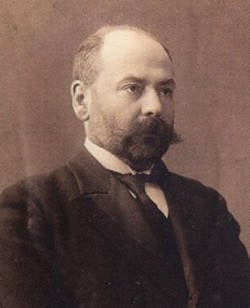 Almost no one remembers about the brilliant Russian scientist and inventor Boris Weinberg in his homeland, even the place of his burial is unknown, while his works are still in demand in the world.


The world media, including Russian television, aspirated recently about a sensation: a super-tunnel through which passengers will travel in special capsules to connect Los Angeles with San Francisco - 600 kilometers can be covered in just half an hour.

Among the enthusiasm about this, the words that the original idea of ​​this super-fast transport, which Americans are implementing today, actually belonged to the Russian engineer Boris Weinberg, which not only made it public a hundred years ago, sounded “implicitly” and “in brackets” and built a miniature model of a "vacuum train."

The great inventor was born in Peterhof in 1871 year. He graduated from high school in St. Petersburg, where he immediately became interested in physics. And then he entered the Physics and Mathematics Faculty of St. Petersburg University. He became one of the initiators of the opening of higher female courses in the capital, but in 1909 he moved to Tomsk, headed the department at the Institute of Technology and at the same time lectured at a local university.

The range of interests of a young energetic scientist was not limited to physics alone. In 1909, Boris Weinberg, together with a group of like-minded people, proposed the creation of an aeronautics department at the institute. Therefore, he turned to the Tomsk City Duma with a request to allocate a plot of land for the construction of an aerotechnical laboratory and an airfield on the outskirts of the city. In the Duma - and then almost no one had seen airplanes in Tomsk - they were surprised, but they nevertheless allocated a site. However, in St. Petersburg, where he sent his project, he was refused funding, citing a lack of funds in the budget. Maybe because Weinberg sent him to the Ministry of Education, in whose department he worked: ministries aviation then it simply didn’t exist.

But the refusal of the bureaucrats did not discourage the bold inventor: in 1910, the second in Russia was created in Tomsk — the first in Moscow was done by the famous Nikolai Zhukovsky in Moscow — an aerotechnical circle.

There enthusiasts built aircraft of their own design. In 1911, the first such device in Siberia took to the air. Future famous designers Nikolai Kamov and Mikhail Mil took part in the works. Weinberg maintained contacts with the best aviators of the time: the Wright brothers, the French Bleriot and others.

In 1913, the first in the world operating installation of an electric road on a magnetic cushion was created in this circle. A little later, the scientist delivered a report on the "airless road" in St. Petersburg, in which he proposed a project of vacuum transport on a magnetic suspension, which impressed those present. In his work “Movement without friction,” he spoke about cars that are moving through a copper pipe by force of an electromagnetic field without any support at tremendous speed.

Jacob Perelman in his famous book “Entertaining Physics” described this invention in the following way: “In the railway, which prof. B.P. Weinberg wagons will be completely weightless; their weight is destroyed by electromagnetic attraction. Therefore, you will not be surprised if you find out that according to the project, cars do not roll on rails, do not float on water, do not even glide in the air - they fly without any support, not touching anything, hanging on invisible threads of powerful magnetic forces ... Carriages inside the copper pipe from which the air is pumped out so that its resistance does not interfere with the movement of the cars. Caught up all the time by electromagnets, the car rushes without friction, without jolts, in emptiness, like a planet in world space ... "

In Boris Weinberg's experiments, a ten-kilogram trailer, made of an iron pipe with wheels in front and behind, moved inside a copper pipe, made in the form of a ring with a diameter of 6,5 meter. In such conditions, the car reached the speed of 6 kilometers per hour. The inventor was sure: if you make a solenoid of the departure station with a length of 6 thousands of meters, then you can easily reach speeds of 800-1000 kilometers per hour.

The news of the amazing discovery of a Siberian scientist spread all over the world.


In 1914, a group of American filmmakers came to Russia specifically to shoot the film “Siberian Miracle” about Professor Weinberg and the phenomenal trackless train, dubbing it “Siberian magnetoplane”.

Only after many years, the Japanese launched the first high-speed magnetic train. And now in the United States recently presented the project Hyperloop - Hyperloop, the transport of the future, which is a vacuum tunnel through which capsules with passengers will move almost at the speed of sound. “If the project can be built, and environmental issues, policies and huge costs do not interfere, this will be a fantastic leap forward that will open up a completely new market and provide opportunities for passengers to unprecedented to this day,” the president of the developer said.

And how will all this work? "Hyperlup" is a large steel pipe, laid under the ground or on the surface, which will fly aluminum shuttles. Large enough to hold a 28 person or three cars. The pressure inside the tunnel will be in the upper atmosphere. But passengers should not feel any discomfort. Unless at the beginning of the journey, until the capsule reaches the desired speed - almost a thousand kilometers per hour!

But if this idea was embodied where it originated, then today we could get from Moscow to St. Petersburg or back in exactly the same thirty minutes. Is it not such amazing domestic projects that our Skolkovtsy should deal with? In fact, why do we buy German Sapsans today to get from Moscow to St. Petersburg in 4,5 hours, if the invention of a domestic engineer, made a century ago, makes it possible to overcome this path faster than a jet plane?

Well, the inventor of the miracle transport, alas, did not manage to see the realization of his bold idea in life. World War I broke out, and then the revolution, and Russia quickly forgot about the brilliant proposals of the Russian scientist.

In spite of everything, he did not leave the country, but continued to work no longer in the Russian Empire, but in the USSR. He became the author of the textbooks on physics, according to which many generations of students studied. In 1923, Boris Weinberg created and headed the Institute for the Study of Siberia. Later he became a member of the Main Geophysical Laboratory in St. Petersburg, and in 1940 year - head of a department at the Research Institute for Terrestrial Magnetism. This topic is devoted to 65 of his scientific works. He was the editor of the journal Nature at School, and was the author of one of the best projects of the solar engine. Weinberg also studied the Arctic glaciers, created a meteorological station in Siberia, and led expeditions to study the glaciers of the Altai and Central Asia. Perhaps that is why in the encyclopedias he is called the "famous glaciologist."

During the siege of Leningrad, a scientist was attracted - as an "ice specialist" - to the construction of the famous "Road of Life" over the ice of Lake Ladoga, which saved the lives of tens of thousands of citizens. But the deprivations and sufferings of Leningrad did not avoid the inventor - Boris Weinberg died in a besieged city from starvation. His icy body was dropped somewhere on the outskirts of the city into a common grave.

Ctrl Enter
Noticed oshЫbku Highlight text and press. Ctrl + Enter
We are
Castle San Juan and PalafollsRussia, which we gave them. Russian geniuses gained fame outside their homeland, which they were forced to leave
Military Reviewin Yandex News
Military Reviewin Google News
16 comments
Information
Dear reader, to leave comments on the publication, you must to register.