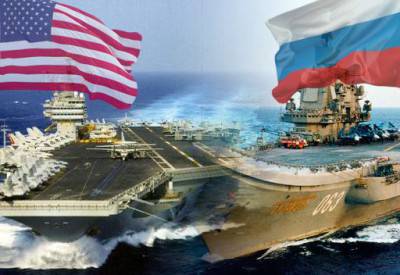 A well-informed diplomatic source told As-Safir newspaper that “The US war against Syria began and ended at the moment when two ballistic missiles were launched, leaving behind conflicting information - when Israel denied launch, and Russia confirmed it. The confrontation continued until an Israeli statement was issued indicating that the missile launches were carried out as part of a joint Israeli-American exercise, and that the rockets then fell into the sea, and the launches themselves were not associated with the Syrian crisis. ”


The source also told the Lebanese diary that “the US Army launched two of these missiles from a NATO base in Spain, they were instantly spotted by Russian radars and collided with Russia's defense systems - so one of them exploded further in the air, and the second course was rejected in the direction seas".

In this context, the source notes that “the statement of the Russian Ministry of Defense that two launches of ballistic missiles towards the Middle East were detected have the purpose to obscure two points: the first - the place from which the missiles were launched, and the second is that the missiles were shot down. Why? Because at that moment, when a full-scale operation was launched, the head of Russia's intelligence service contacted American intelligence and said that “a strike on Damascus means a strike on Moscow, and we removed the term“ shot down two missiles ”from the statement in order to maintain bilateral relations and avoid escalation. Therefore, you should immediately review your policy, approach and intentions regarding the Syrian crisis, and also make sure that you will not be able to eliminate our presence in the Mediterranean Sea. ”

“This undeclared direct confrontation between Moscow and Washington increased the confusion in the Obama administration, and definitely showed that in the case of Syria, the Russian side is ready to go to the end. And also the fact that the United States had no other way out of the impasse, except through the initiative proposed by Russia, which allowed America to save face, ”he added.

Here, a diplomatic source explained that “in order to prevent America from even more embarrassment, Washington demanded that Tel Aviv take on this launch so that the United States could save face before the world public — especially considering that these missiles were the beginning of the US aggression against Syria and the announcement about the beginning of a military operation. After that, the US president was supposed to go to Russia for the G-20 summit, and negotiate the fate of Syrian President Bashar Assad. And only in this way he was able to find a way out of the impasse in which he found himself. ”

The source also noted that “after the missile confrontation between the US and Russia, Moscow intends to increase the number of military experts in the grouping present in the Mediterranean. Also, this incident allowed the appointment of the announcement of the initiative to stop the aggression against Syria after the G-20 summit, which was preceded by two successful visits to Russia by Iranian Foreign Minister Hussein Amir Abdullah Al-Lagiyan and Syrian Foreign Minister Walid Al-Muallem. During these visits, a solution was found and agreed upon, which included Syria’s announcement of the adoption of a Russian initiative regarding the transfer of Syrian chemical weapons under international control and preparation of Syria’s accession to the treaty on the non-proliferation of weapons of mass destruction.

Finally, the source noted that “one of the first results of the military confrontation between the United States and Russia was the refusal of the British House of Commons to join the military campaign against Syria. This was followed by European statements on a principled position - and most importantly, on the German position announced by Chancellor Angela Merkel. ”