Pogrom in Kapotnya: nationalists against migrants 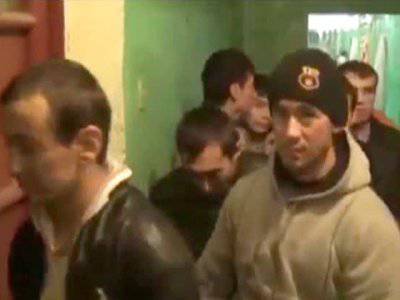 Migrants - legal and illegal - remain a problem for Russia. It became known that in the depths of the State Duma a bill was prepared that only legal migrants with a work permit from the Federal Migration Service, who regularly pay taxes, have the right to send their children to Russian schools and kindergartens. The author of the bill is United Russia party Aleksey Zhuravlev.


"He will arrive at the janitor's 8 thousand wages without any design and bring a family of ten! My wife is going to the maternity hospital, the children are going to kindergarten and school. So he has more social security than many citizens of the country have," Zhuravlev was outraged.

However, this is not the only problem associated with immigration to Russia. The task of society is to be able to assimilate the good, to learn in a civilized way to deal with the bad. The task of immigrants is to behave in a law-abiding and benevolent manner to absorb the culture of the country. That is, this is a common work.

When something in it goes wrong, there are plots like Kapotnya. This is the Moscow district, where the next collision of radical youth with migrants took place.

In Kapotnya they were looking for aliens — illegal migrants. It all ended in a banal pogrom. Guys in masks and balaclava beat out the door of the hostel with a ram.

The hostel started shooting back. A local girl was hit by a bullet in the head — they were fired from a hunting rifle from the second floor.

“A young man, a native of Dagestan, made several shots. We saw a woman with a bloody head. I dragged her behind the ambulance. Police officers were inactive,” said Narostop movement coordinator Alexei Zaitsev.

To defend against illegal immigrants with a public shield, it occurred to a local municipal deputy. He called for the youth to go to a hostel.

"On our part, there was no action there, until we were attacked from our side weapons and they didn’t start shooting, "Valery Solyanin, a member of the municipal assembly of Kapotny, assured.

Now, activists claim that they did not think that this would be the end, because they just wanted to check for work permits and call the police.

It is difficult to imagine the horror of people who survived such a "check of documents". The doors were knocked out indiscriminately, and only then were found behind them native Muscovites with children.

The leaders of Moscow's Shield and Narcostop are detained for three days until clarification of the circumstances.

After the pogrom, community activists picket the district court and blame each other. This is the first time that they are behind bars.

"They should be banned. They have no right to enter houses, check documents, approach another person only because he has a different skin color or another eye cut. This is a shame! This is an analogue of Nazi Germany’s militants. From this humankind was saved in the mid-twentieth century, ”said Aider Muzdabayev, deputy editor-in-chief of the Moskovsky Komsomolets.

Fishers of pedophiles and illegal migrants are dozens of youth organizations that take on the functions of the state, because they believe that the police cannot cope.

"Now the trend is very terrible, because anyone can be caught if you are a stranger. Yes, he may be a potential criminal or already a criminal, but we still have a presumption of innocence," said Alla Gerber, a human rights activist and member of the Public Chamber of the Russian Federation. .

Narcostop caught Spice merchant from Central Asia. He was twisted and laid face down on the asphalt.

Someone supports activists, someone protects visitors. “Those who allowed them to come here are to blame, not to work, not to work, but no one gave the right to beat,” said one of the Muscovites.

In the municipal hostel, which is called the "chudo", only the waiting list must live, but here - 90% of migrant workers-illegal immigrants. After the shootout, the police detained almost 60 illegal immigrants. The question is, where were you before?