Virtual militarization of the Kuril Islands

After scandalous statements by Japanese authorities, the Prime Minister of Japan called the visit by the President of the Russian Federation Kuriles "an unforgivable insult" to Japan and even more offensive actions by Japanese nationalists.

President Dmitry Medvedev ordered the urgent preparation of a plan for the defense of the islands. According to him: "Armament, which is there, it must be necessary and sufficient, modern, to ensure the safety of the islands as an integral part of the Russian Federation."

Quite a difficult task, because you don’t want to tease Japan, and the state of the modern Armed Forces of the Russian Federation is such that the transfer of additional funds and forces to the Kurils and Sakhalin will automatically weaken other weak areas. And creating new parts is at odds with the concept of creating small and mobile deterrent forces.

The ratio of forces in the zone of probable conflict 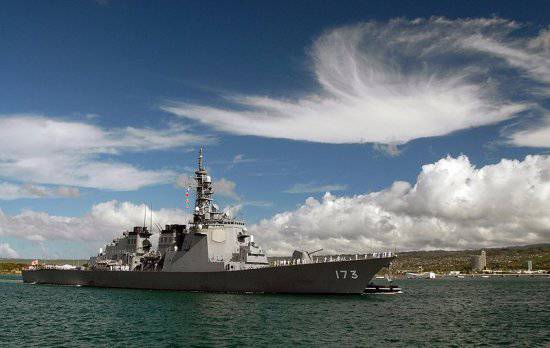 What are the proposals to strengthen the garrison of the Kuril ridge?

- According to Interfax, the head of the ZRV of the Air Force, Major General Sergey Popov, is ready to strengthen the air cover of the islands by transferring a brigade of anti-aircraft missile forces (ZRV) equipped with the Buk air defense system. But this, as already mentioned, will mark the line from which this brigade will be transferred.

- According to General of the Army Nikolai Makarov, Chief of the General Staff, 2-va Mistral helicopter carrier will be able to strengthen the Far Eastern direction, which it was decided to buy from France. But, firstly, they are poorly armed, they themselves must be covered by a squadron of ships. This also leads to the second: what will strengthen the Pacific Fleet, since its forces are clearly not enough to guarantee all the threats in the Asia-Pacific region. And there are at least 4-re: the USA, Japan, the problem of the Korean Peninsula and China.

- Assistant Minister of Defense of the Russian Federation, former commander of the Far Eastern Military District, Army General Yuri Yakubov, suggested immediately upgrading the Burevestnik airfield on Iturup island so that he could receive military transport aircraft and deploy a regiment of attack and transport helicopters there.

- There is a proposal to strengthen the defense of the 18 st pad, rearming it experienced universal fire installations "Gorchak". In 1996, they were specially developed for the fortified areas in the design bureau of OJSC Motovilikha Plants. "Gorchak" is a kind of armored barrel with a diameter and height of 2 meter, to the level of the reference sheet buried in the ground. Designers equipped "Gorchak":
- night vision device
- PKM machine gun 7,62
- 12,7-mm machine gun NSV-12,7
- AGN-30 17-mm automatic grenade launcher
- anti-tank rocket launcher "Competition" and "Fagot".

With all these weapons, only two soldiers are easily controlled. The defense is capable of withstanding a direct hit by an artillery shell. Armored cover protects shooters and weapons. At the end of the 90-s, several similar installations were tested in the war on the territory of the Chechen Republic, the experience was considered successful. But it is clear that the arming of these installations 18-th division, will not solve the problem of the defense of the islands. Any defense is inferior to a well-prepared offensive.

- Military expert K. Sivkov proposed to warn Japan that if the Russian Federation could not keep the islands with conventional weapons, then there would be a tactical nuclear strike weapons. This would have stopped Japan and given time to re-equip the troops of the USC Vostok. Apparently, such a question would stop Japan, but the current Moscow will not take such a step. After all, the international community will raise such a screech that it will not fight back.

Most likely, everything will end with verbal battles. According to the latest information, the General Staff promised not to increase the garrison of the Kuril Islands, not to send either C-400 systems or "Bukov" there.

And to convert 18 - division in connection with the "new look" of the Russian army: "As part of the upcoming transformation of the machine gun and artillery division stationed in the Kuriles into a motorized rifle brigade of the modern type, the number of troops will be up to 3,5 thousands of troops." It is assumed that the brigade will be armed with light armored vehicles, including infantry fighting vehicles and armored personnel carriers, as well as artillery systems and small arms. "It is not planned to place heavy weapons on the Kuriles," the agency assured. That is, the division will be further weakened, since they will be deprived of heavy weapons in the form of tanks and Gradov.