24 September 2013
76
The first to wake up from this dream was Marek Butko, the former first secretary of the Polish embassy in Belarus. However, his statements about an immediate threat to Poland’s national security more closely resembled the cry of a passenger who was late for the train. Indeed, the train has left. The decision to deploy the Russian military aviation in the north-west of the Belarusian territory adopted. After the fight, they don’t wave their fists. 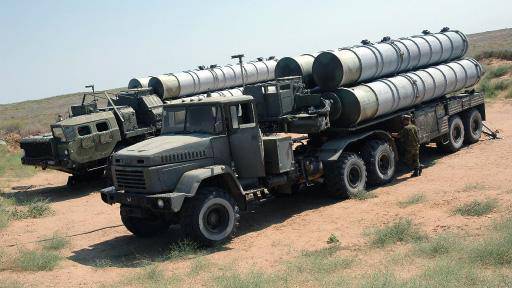 Interestingly, in Poland itself, at least someone understands what “contribution” Warsaw made to Russian fighters to appear at the Polish borders. Nobody really predicted that Poland’s participation in the creation of European missile defense, the deployment of American F-16 aircraft on its territory, and the unprecedented build-up of its own military power would trigger reciprocal steps from the Union State of Belarus and Russia. Both in Minsk and in Moscow at the same time they came to the conclusion that it is necessary to unite the interests of states in the political sphere as well as in the sphere of military security. Therefore, the deployment of the Russian aviation military unit in Belarus is an adequate response to the increasing NATO military activity in Poland and the Baltic countries, as well as a completely logical step in the development of the Unified Regional Air Defense System, the creation agreement of which was signed in February 2009.

The EPC for Air Defense allows creating conditions for increasing the reliability of the protection and defense of the western borders of the Union State, as well as the quality of control over compliance with the rules for using the airspace of Belarus and Russia in the region. Forces and means of air defense will be applied according to a single plan and plan. The agreement also provides for equipping troops and forces of the air defense system of anti-aircraft defense with armament and military equipment on the basis of a common military-technical policy, to develop uniform requirements for their combat readiness and training, organization of operational and combat training. In the period of danger and in time of war, part of the forces and means of EPC air defense will be used as part of the regional grouping of troops (forces) of Belarus and Russia.

The EPC air defense assigned several tasks. This is not only the control and protection of the external border of the Union State in the airspace, but also, in particular, the application of appropriate actions against aircraft that fly in violation of established rules. Possible and suppression of such flights. Also among the tasks of the system is to assist aircraft in the event of force majeure situations. The agreement also provides for joint training of specialists in universities of the two countries.

However, in practice, the process of EPC air defense operation is not always as smooth as we would like. In particular, the withdrawal of Su-27 fighters from the air force and air defense forces of Belarus, which have developed their own flight resources, led to a certain decrease in the effectiveness of solving airborne security tasks. Under these conditions, decisions were made that would not only compensate for the losses, but also increase the combat potential of the EPC. First of all, it has begun the process of staffing the Air Force and Air Defense Forces of Belarus with new modern weapons and the modernization of the existing ones. In addition, for the combat duty in the airspace will be involved fighter aircraft of Russia.

In 2013, these plans received a new impetus for implementation. During the April meeting of the ministers of defense of Russia and Belarus, a decision was made to strengthen the Belarusian component of the EPC air defense. It implies the deployment of the Russian Fighter Aviation Regiment in Belarus. At the first stage, it is planned to set up a link of Russian fighters for combat duty and to create an aviation commandant's office. The next step will be the redeployment of a Russian aviation military unit to Belarus. It is noteworthy that modern Russian fighter planes SU-27SMZ, which are a modern aviation strike complex, will be in service with the Russian air regiment. In parallel with this, the Russian side will transfer four C-300 divisions on preferential terms.

The delivery to the arsenal of the Belarusian military units of the Tor-M2 air defense system continues. Two batteries have already replenished the fleet of weapons and military equipment of the 120-th zrbr of the Western operational-tactical command. The third battery should arrive before the end of the current year. These activities, carried out within the framework of the implementation of the joint program for the development of the ERA air defense system, are aimed at ensuring reliable and guaranteed protection of the borders of the Union State in airspace. In addition, all the nuances of the functioning of the EPC air defense system were recently worked out at operational and combat training events, including during joint maneuvers "West-2009" and "Union-2011 Shield", as well as the annual combat combat community exercises. This made it possible to achieve a sufficiently high interoperability of all the compounds and parts included in the grouping. Issues of joint action within the framework of the EPC will also be worked out at the upcoming exercise "West-2013"

It should be noted that cooperation is also observed between enterprises of the military-industrial complexes of the two countries where there are serious achievements and successes. At 2566, the plant for the repair of electronic weapons (Borisov) mastered the processes of modernization and repair of the C-300PT / PS, Buk and Osa-AKM air defense systems, the Tunguska air defense missile system, a wide range of radar stations, ground equipment and control complexes. As part of the Russian-Belarusian IFG “Defense Systems”, the plant is one of the leading performers for the modernization of the C-125М series of air defense systems to the Pechora-2М option for export deliveries, performs work on the modernization of air defense systems under the NPP Tetrahedron and NIISA projects.

Many military experts are trying to call the EPC Air Defense a response to the creation of a global missile defense system by the Pentagon, and European missile defense in particular. But such comparisons are not entirely correct. If the main function of the Belarusian-Russian project is to protect the airspace of Belarus and Russia, the American system is primarily aimed at neutralizing the Russian nuclear potential. This fact cannot but cause political confrontation and not create military tensions in the region.

Ctrl Enter
Noticed oshЫbku Highlight text and press. Ctrl + Enter
We are
The Belarusian Air Force faces a shortage of combat wingsRussia can deliver a preemptive strike on the EuroMD system
Military Reviewin Yandex News
Military Reviewin Google News
76 comments
Information
Dear reader, to leave comments on the publication, you must sign in.