“Let our country live!” Conversation with an Orthodox Syrian

20 September 2013
24
From the editors of the Romanian journal Kmkz.ro: S.M. - Orthodox Syrian who studied in Romania. Now he lives in the epicenter of the war and sees it in a completely different way than it is presented to us in Romania. He asked not to give his name, and therefore one can be sure that the interview published below is genuine and the Syrian authorities do not force S.M. respond well to Bashar al-Assad. 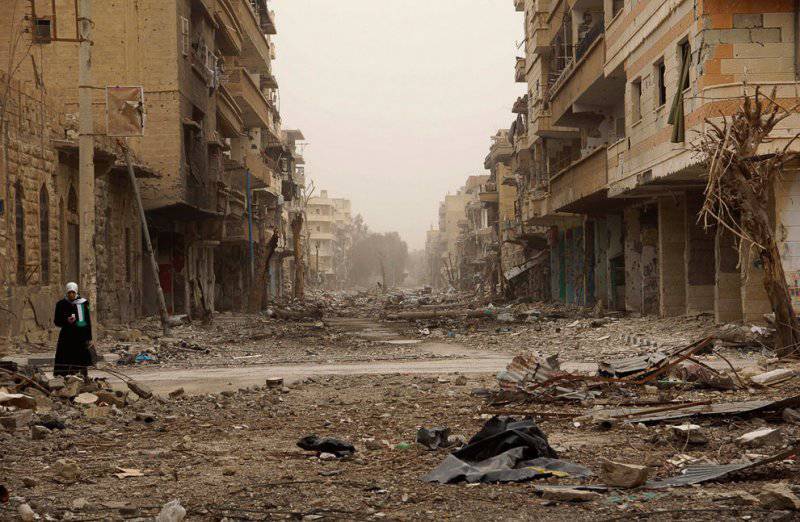 - How does a Christian living in Syria see the situation?

- I am a Syrian, I studied in Romania. After graduation, he returned to his country. The situation here is very depressing. Most recently, Syria was one of the best countries in the world (in 2009, it was fourth in the list of the most peaceful countries, in 2010 - the eighth among the countries most recommended for tourism), then the situation changed, and after two years - in 2012- m - Syria was in the top ten most disadvantaged countries.

Such sad and rapid changes were a shock not only for me, but also for Syrians all over the world. Of course, what bothered me most of all was that my family could be threatened with something, and I was far away and could not help her with anything. Now I am back and better understood the dangers in which the Syrians lived for two and a half years. Unfortunately, the reality turned out to be much worse than I imagined.

What I have said will amaze many of those who have been manipulated by the Western media, but the truth should be pronounced. From the point of view of a Syrian Christian, what is happening in Syria is not a revolution ... Do we really need a revolution? We study in schools and universities, are treated in hospitals and do not pay a penny for it. Prices were very low. It is impossible to say that life was fine, but is this a sufficient reason for a revolution? Not at all.

Corruption in my country is exactly the same as in any other. And if we talk about rights, then not even a single Muslim country can be put even close here. The Syrian Christian lived very well, he enjoyed all rights along with the Muslim, I never had the feeling that I was curtailed or in need of more freedom. Being a Christian, I had all the rights that a Muslim, except the right to be president.

In some ways, we even have more rights than in other countries, Christian or secular. For example, clerics can walk on the streets in their vestments without problems, they are even treated with great respect, while in Turkey only the patriarch can walk in a cassock. The churches are exempt from utility bills, but, for example, in Romania - no ... and so on. 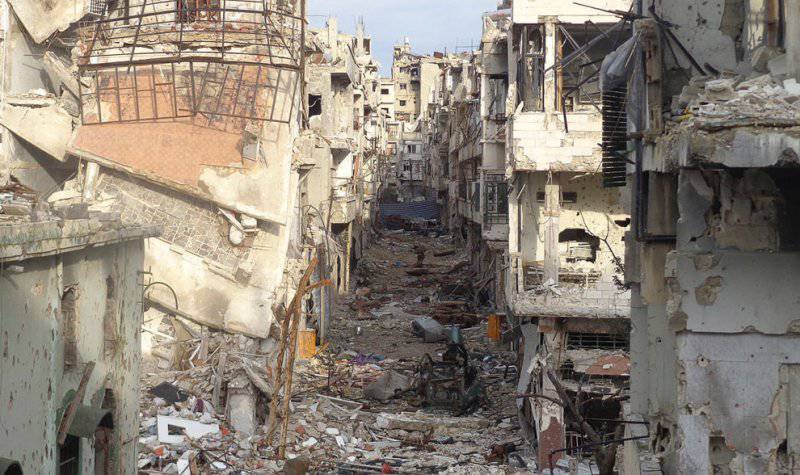 - You want to say that the protests were not real, that they were directed by?

- When the so-called “revolution” began, some people really took to the streets, demanding reforms, and our country really needs reforms, but the West and the Arab countries, who disagree with Syrian politics, took advantage of peaceful demonstrations, introduced armed Muslim extremists into the ranks of the demonstrators and so the crisis began. Ask the Syrians, and they will tell you that Syria today is flooded with terrorists from 38 countries, some of them from Europe, even Australia, America, Great Britain, and most from Arab countries and Turkey. Terrorists - and this is confirmed - have weapon from Israel, France, USA and UK. The official army of the country, of course, does not use this.

We look, we hear this lie, but we can do nothing. Why? Because the West, especially the United States, France and Britain, want you to believe what they say. They speak all the time on behalf of the Syrians, but no one has ever thought about asking the Syrians themselves how they see the situation.

“The United Nations and the United States want to blame the country's army for crimes, but have not found any evidence. And when they find evidence that testifies against the opposition, they are silent. ” 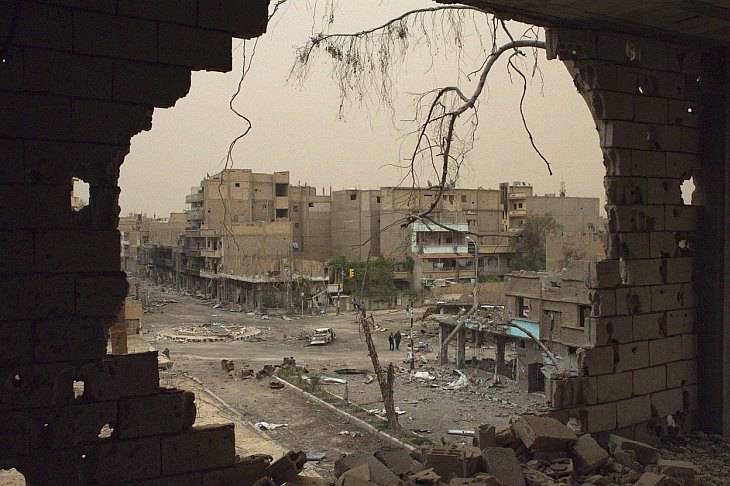 Deir ez-Zor is a city in northeastern Syria. View through a hole in the building, 4 APR 2013. Photo: Reuters | Khalil Ashawi

- Well, but who then used sarin - the army of al-Assad or the opposition?

- First of all, in the language of the Syrians there is no such naming: “the army of al-Assad”. There are now three forces in Syria: the country's national army, not the "president", the Free Syrian Army (Free sirian army), whose forces are very limited and which consists of the Syrian rebels taking advantage of this crisis, and the third force is Al-Qaida ... Who will argue otherwise, he knows nothing about the crisis in Syria and is manipulated by the Western media, who say that the struggle in Syria is between the “al-Assad army” and those who demand freedom and democracy.

Sarin gas was used near Damascus - in 3 km from it. Who told you that the country's army used chemical weapons? Western media. But who is able to believe that the army will carry out an attack with chemical weapons on the very day that investigators of this attack arrived? How to explain the fact that only women and children were killed in this slaughter, as can be seen in the photographs? And it is completely impossible for sarin gas to be used in this area, nor can it reach us, who were only 3 km from this area.

Pictures that the Western media did not show you indicate that sarin was injected into the bodies of the victims. Russia has evidence that the West does not want to make public. And you didn’t hear anything about the attack with the use of chemical weapons that was committed against the country's army the next day, because your Western media does not want you to hear about it.

- Why did the UN inspectors who investigated the attack with sarin gas, not clearly expressed in a clear report?

- It is completely understandable why. Because the UN, the USA and Europe want to blame the country's army directly, but have not yet found any evidence. And when they find evidence accusing the opposition, they are silent, because they always had such a goal - to show the world that the opposition of Syria, the armed branch of the opposition - is something respected, that it is fighting for freedom and cannot do anything like that.

Yet the world has not yet forgotten the American war against Iraq. Then the reason for the invasion of this country was the threat of the use of chemical weapons, which they did not find, no matter how much they looked for. Therefore, people are afraid that the same tragedy will happen again, but in reality it is so ... The Syrian government has declared several times: "We will not use chemical weapons in Syria."

"Damascus is the residence of the three patriarchs, that is, it is the city in which most of the patriarchs in the world" 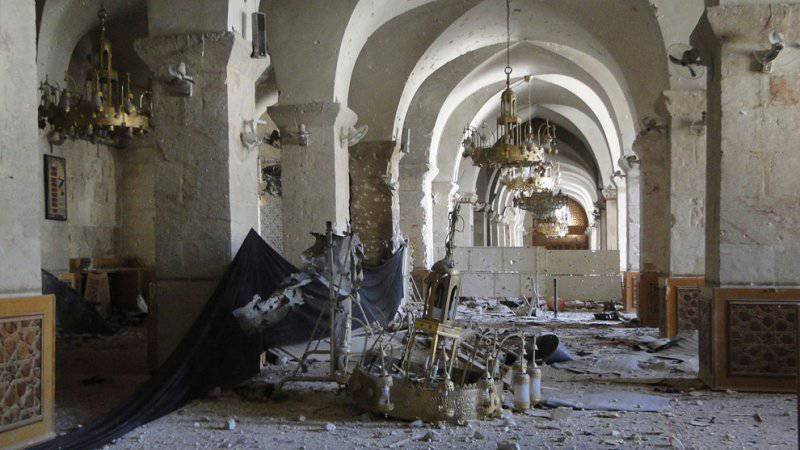 Inside the mosque in Aleppo, 10 March 2013. Photo: Mahmoud Hassano | Reuters

“Do not tell me that Christians are not killed in Syria, as I have seen, this is happening in Iran ...”

“The way you asked the question is a living example of media manipulation ... Why did you cite Iran as an example, although Christians in Iran are not persecuted, as is done in Saudi Arabia, Qatar, Egypt ... and so on? Why? Because these countries are friends with the Americans, and therefore the media do not say anything about the persecution there. But at the same time, the Christians of these countries do not have the freedom that the Christians of Syria have.

In any case, Christians in Syria were never persecuted before the so-called “revolution”. Until 2008, Syria was a paradise for its Christians. Only in Syria, Christian holidays are official public holidays. Christians working in government offices may be late on Sunday if they attend the service. Christian historical the monuments kept in excellent condition are known throughout the Christian world and provide convincing evidence of the freedom of Christians.

Damascus is the residence of the three patriarchs, that is, it is the city in which most of the patriarchs in the world ... Nothing would force these patriarchs to continue to stay in the country where they are persecuted. I lived for five years in Romania and I sincerely tell you that I do not think that Christians in Romania have more freedom than Christians in Syria, except that only the president must be a Muslim.

After the so-called "revolution" Christians had problems. Extremist terrorists raided many Christian villages. Many Christians were expelled from their homes, many were killed just for being Christians.

Now I am talking to you, and one Christian village, Maalyulya, is being attacked by foreign terrorists, not Syrian ones. Yesterday in this village they attacked two monasteries, destroyed a church and a school of Aramaic there. There have never been such cases before the so-called “revolution”.

The Syrian Church says that the number of Christians killed in this war exceeds 4200 people, the 21 church and 8 monasteries were destroyed; 7000 was plundered. This is the sad situation we, the Syrians, have come to, proud of living in one of the most peaceful countries in the world.

“The solution to the problem is for the Western world to stop supporting terrorists, and Turkey closed its borders” 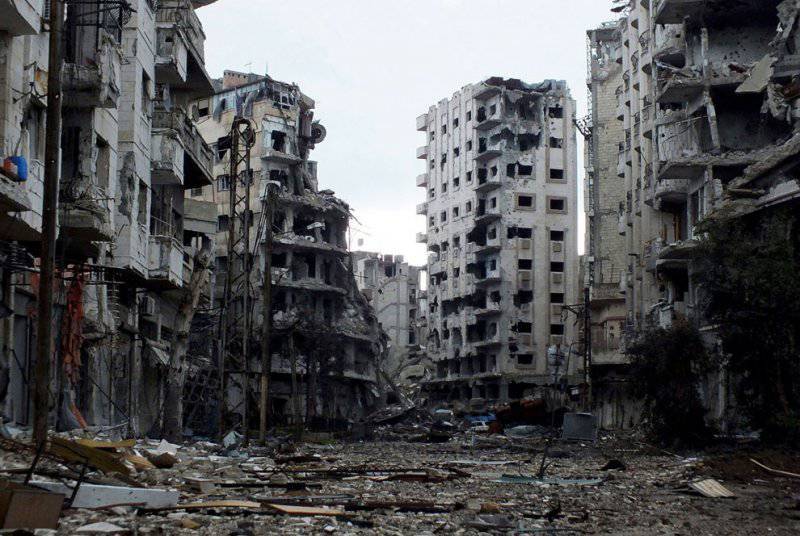 Homs is a city in the center of western Syria. 2 February 2013. Photo: Yazen Homsy | Reuters

- What do you think, your family in Syria, your friends, what should be done to stop the civil war? Should the United States, Britain, France, Israel intervene, how they want it? Would that be a solution?

“None of us will agree to military intervention ... We saw what the Americans did when they entered Iraq.” The solution is, as I told you, so that the Western world stops supporting terrorists, and Turkey closes its borders. Let our country live, let my people live. Syria in the course of history has taught the world the Power of Civilization, not the Civilization of the Force. And I want to say this to the whole world.

- Why don't you go back to Romania?

“My family suffers here, my people suffer here, my Church suffers here.” I will no longer feel Syrian if I do not share this suffering with them.

I know that what I have been told will surprise you, because the media is manipulating you. Your right to trust me and your right to disagree with me. But understand: what I told you about is the pain of a Syrian experiencing this, and the daily mortal danger is reality.

Ctrl Enter
Noticed oshЫbku Highlight text and press. Ctrl + Enter
We are
Bashar Al-Assad: We have absolute confidence in our victory (+ full text of the President’s interview)Interview by President Bashar Al-Assad to the Sunday Times
Military Reviewin Yandex News
Military Reviewin Google News
24 comments
Information
Dear reader, to leave comments on the publication, you must sign in.