The concept of the development of the concern "Kalashnikov" 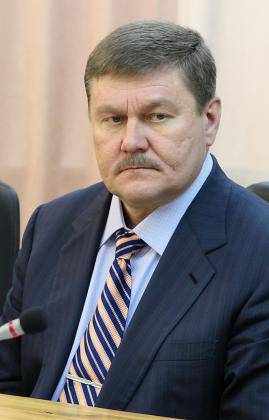 Interview with the general director of the concern Konstantin Busygin.


The top manager of the Kalashnikov concern in an interview told about the goals and objectives of the concern, cooperation with foreign partners and the training program.

- What do you see as the need to unite the largest armory enterprises of Russia into a single vertically integrated complex?

- The concern will not include all enterprises of the industry, while we are talking only about three: “Izhevsk Mechanical Plant”, “Izhmash” and Vyatsko-Polyansky machine-building plant “Molot”. Today, the production lines of factories, which in one way or another consist in a holding structure, overlap, creating competition. That is, we compete with ourselves, we interfere with each other to work both in the domestic and foreign markets. As a result, we are losing those niches that traditionally belonged to the rifle industry of the Russian Federation. Therefore, it was decided to merge the rifle enterprises of the three plants listed into the Kalashnikov concern, within which the role of each of the plants will be clearly defined, there will be a general production line, general purchases, and general quality control. We will be able to reduce the cost of production. We must regain lost positions in the domestic and foreign markets. We must regain, above all, the quality, reliability and simplicity of products.

- Is the group structure already fully built? How clear is it, and how will the roles of the enterprises belonging to the holding be distributed?

- Roles are already distributed. By decision of the head of Rostec Sergey Chesmezov, today the Kalashnikov concern includes two companies, Izhevsk Mechanical Plant and Izhmash, which was renamed Kalashnikov concern 13 of August. In the near future, we expect the transfer of shares of the plant "Molot". And on this 2013 year we end. Izhevsk plant NITI “Progress” Koshkin are in the holding, but the question of transferring them to the Kalashnikov concern has not yet been finally resolved.


- Have you developed a short-term and long-term development strategy for the group?

- The short-term program has not yet been fully developed. We have defined a development concept that will be presented to the leadership of Rostec, the leadership of the military-industrial complex, and the president of the Russian Federation. If this concept is supported, we will be able to calculate all production capacities, how much we will be able to produce one or another nomenclature of products, how we will be able to compete and develop in the future. For ourselves, we determined that the concern should have its own cartridge factory, which should be located on the territory of the Udmurt Republic, should have its own precision weapons factory. It is no secret that for about 30 years Izhmash, Izhmeh and Hammer have been working in the high-precision direction. We want to open a high-precision weapons plant either on the basis of the MSC-15 or on the 300th production - the Izhmekhov site “Baikal”.

- Is the concern ready for competition today? What do you intend to take to improve the competitiveness of your products?

- We focus on the quality and reliability of our products. The existing production line of our factories will not be particularly transported, because, unfortunately, today we produce much less products than we can produce. We are negotiating both with domestic manufacturers of various parts and uniforms, and with foreign organizations on long-term cooperation programs. Beretta, Steyr Mannlicher, Glock, Heckler & Koch want to cooperate with us. We will build a long-term cooperation program on Russian terms.

- Do you intend to create joint ventures with foreign partners? Under what conditions would it be possible? And are there any specific suggestions?

- Yes, there are specific proposals from Mannlicher's Beretta. They were long ago, but they were reduced, one way or another, to entering the Russian market with their products through Izhmash (now the Kalashnikov Concern). We have our suggestions to the other side. We are interested in technology, machinery, equipment, staff training. It is not about delivering products, but about producing them here in Russia. We will naturally select together with specialists from both sides about what kind of products it will be. But production should be only in Russia. It is simply not interesting for us to simply import their products through us and sell them here, because we have a huge amount of our developments, both today and those who, as they say, have not yet seen the light. We have something to show, we have something to win over the market, unfortunately lost by the fragmentation of the rifle industry. We will work in this direction. It's time to collect stones.

–How does the concern intend to counter weapons counterfeit?

- The development strategy of the concern involves the creation of a management company that will directly engage in the brand, its promotion, rebranding and reimbursement of financial resources for using the name Kalashnikov, the name of our legendary designer. It is no secret that some countries have been using this brand for more than a decade. Since the registration of the concern, we are entitled to make such claims. This will be done when the management company is created.

- How did you select the team? How qualified are they, given the concern's directions? How are you going to solve the problem of shortage of personnel in the field? This also applies to developers and craftsmen artisans?

- We are interested in the fact that we have our own personnel, I mean Udmurtia and the surrounding regions. There are enough managerial personnel, there is a lack of middle managers, workers for working on CNC machines. Little by little, the people went to the plant, apparently this was due to the fact that our salary was doubled, the working conditions at the enterprise changed. But so far this is not enough to cover the deficit in personnel to meet the needs of the market of the CIS countries. We are currently working on a training program. We will begin with the kindergarten, on which we take patronage. I would like to develop a program of computer games for children of this age, which will be focused on patriotic education. Let our children kill our enemies as part of the game with our domestic weapons, learn to defend their homeland since childhood. The next stage is a specialized school or a lyceum where exact sciences will prevail, after which the training can be continued either at the rifle department of IzhSTU, which we plan to expand and give it more opportunities, or in a technical school. Now we are deciding on the transfer of technical school IzhSTU. Most importantly, at the end of the training there will be a workplace. Thus, we will plan in advance who will be with us in five years. Training will be on a paid basis, we will pay for training, both in technical school and in IzhSTU. We will strengthen the school of weapon skills, which was created at the Izhevsk Mechanical Plant, by specialists. Here they will be able to improve their skills, if necessary, to retrain those who are already working in our enterprises. We are still at the beginning of a long journey.

- By what principle will the concern be financed? And how and when do you plan to bring it to self-sufficiency?

- We still live at a loss, even taking into account the huge debts that we inherited. By law, we must reimburse the interest rate to Sberbank, which already helps us, helped by the Whirlwind program. They are great in this respect, thank them very much.

- We will do what they need. The concern will form the largest design office in Russia, that is, all the best minds will be here, there is a production base. At the beginning of the year we received a license for cartridge production. We are ready to complete a cycle from order to loading into wagons, including the test moment for both high-precision and small-scale production. We have our own test station, which we have already put in order. Now we will deal with the Izhmekha test station. In this regard, we will not yield to Western models. We are talking about our army, we are doing this for our own. And what we will sell, it is already up to other structures.
Ctrl Enter
Noticed oshЫbku Highlight text and press. Ctrl + Enter
We are
List of destroyed the largest and most high-tech enterprisesBusted "Izhmash" will save at the expense of "Izhmeha" and "Hammer"
21 comment
Information
Dear reader, to leave comments on the publication, you must to register.