Deliveries to Iran C-300. What to do with Medvedev's decree?

19 September 2013
82
Against the background of the development of the situation around Syria, Russian-Iranian contacts are finding new meaning. Despite the fact that the new Iranian leadership speaks warmly of contacts with Russian colleagues and claims that Russia remains an important partner, today relations between Moscow and Tehran can hardly be called cloudless. The black cat in the relations of the two countries ran about three years ago, when the president (then-president) of the country, Dmitry Medvedev, supported the UN Security Council resolution 1929, which prohibited the supply of certain types of military equipment to Iran and imposed restrictions on other trade operations . 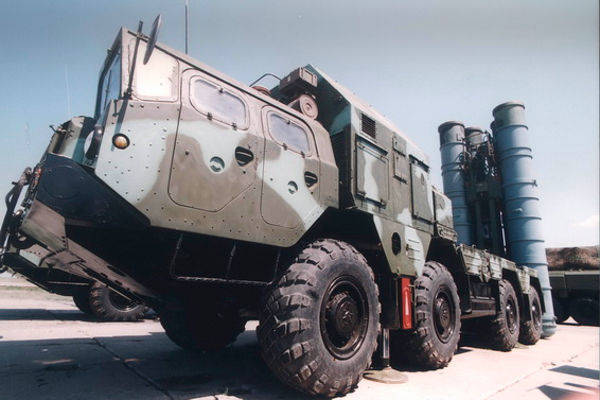 Then - in June 2010 of the year - a Presidential Decree came into being, which not only challenged the implementation of Russian obligations regarding Iran in terms of arms supplies under already concluded contracts, but also restricted the deployment of Iranian investments in the territory of the Russian Federation, as well as general trade relations with the Islamic Republic.

According to experts, only in one last year, the trade turnover between Russia and Iran as a result of Russia's implementation of Resolution No. 1929 and the Presidential Decree signed on its basis, fell by almost 38%. In absolute terms, this is about 75 billion rubles.

However, the Iranian side was outraged not so much by the Security Council resolution itself (although it was not applauded at all in Tehran), but by the "additions" to this resolution, taken from the ceiling by Dmitry Medvedev. To be clear, you need to touch on the resolution number XXUMX and the Decree of President Medvedev separately.

So, if you give the text of the requirements of the UN resolution on Iran in terms of supply weapons and military equipment, it looks like (text) as follows:

It is forbidden to supply Iran with any military tanks, armored combat vehicles, large-caliber artillery systems, combat aircraft, combat helicopters, warships, missiles or missile systems, as defined for the purposes of the United Nations Register of Conventional Arms.

Given the explanations of this Register, it turns out that the UN Security Council has banned the supply of offensive weapons to Tehran.

Now go to Presidential Decreeprepared on the basis of the resolution.

In this document, for some unknown reason, a line appears in which it says that the ban concerns not only the weapons listed above, but specifically the C-300 anti-aircraft missile systems, as well as their component parts.

Strange ... Either Dmitry Anatolyevich, when signing this Decree, did not suspect that C-300 has nothing to do with offensive weapons (weapons, the essence of which is mentioned by the UN Register), or knew, but then, it turns out that he made the additions purposefully. Of course, it should be borne in mind that “peace, friendship, chewing gum” with the United States of America implied some curtsy in the era of the economic crisis that broke out, but to make such curtsies at the expense of others is, to put it mildly, not entirely correct and politically correct.

As a result, the fulfillment of the Russian-Iranian contract for the supply to Tehran of five divisions of C-300PMU-1 air defense systems, to which they had been walking for several years, had to be stopped. Stop, despite the fact that, firstly, the ban on the supply of defensive weapons in the UN Security Council resolution was out of the question, and secondly, Iran has already paid Russia an advance of about 170 million dollars. From the point of view of Iran, such a move on the part of the Russian president looked very real, sorry, “scam” ... Iran was openly thrown at the very moment when the seeds of Arab and other revolutions were already thrown into the ground.

Understanding that the situation cannot be left in this form, the Iranian leadership decided to file a lawsuit in Geneva court about the failure of the Russian Rosoboronexport company to fulfill its obligations. The amount of the claim amounted to 4 billions of dollars. After filing a lawsuit, there was talk that Iran, they say, is making an unfriendly gesture towards its partner, that it wants to receive money that it does not deserve at all. But Iran, by and large, is difficult to criticize in this regard - April 2011 was already outside. Already with might and main blazed Libya. NATO "hawks" have already torn North Africa into parts, while Dmitry Medvedev, meanwhile, tried to explain why Russia did not veto a resolution on the Libyan resolution of the UN Security Council. The awareness of the Iranian authorities that without the supply of Russian anti-aircraft missile systems, the “Arab spring” could spread to Iran, caused quite fair anger on the part of its authorities.

There was talk that Medvedev made a strategic move: if the Geneva court recognizes the correctness of Iran and will oblige Russia to pay 4 a billion "greens" to Tehran, then the supply of C-300PMU-1 can be resumed. Of course, the strategy, to put it mildly, is dubious. First, long and hard to negotiate the supply of C-300 to Iran, then enter into the Decree the requirement to ban C-300, which even the West did not explicitly put forward, then "rejoice" at the Iranian lawsuit, hoping that after the Geneva arbitration decision The collegiums can proceed to the execution of the contract, while actually pledging to pay Iran $ 4 billion. The logical chain from which, as they say, any roof will move out ...

Why did we need to drive ourselves into a corner, and then also pay someone to get us out of this corner?
However, Dmitry Anatolyevich now occupies a somewhat different post than in 2010, and “peace, friendship, chewing gum” with Washington is not the same ... Obama swims up his belly, unsuccessfully trying to turn over to a more comfortable position after the “Syrian episode”. Iran received, so to speak, a long reprieve from the “democratic springs”, having changed the president. Russia also changed Dmitry Medvedev to the president ... In general, the time has come to change something in the Russian-Iranian relationship - change, naturally, for the better.

And such changes after the in-person meeting of Vladimir Putin and Hassan Rouhani at the SCO summit can manifest themselves. The main question, of course, concerns the supply of anti-aircraft missile systems to Iran from Russia.

It is reported that during the conversation with the head of Iran, the Russian president proposed that the lawsuit filed with the Geneva court be withdrawn in exchange for the start of deliveries of the Antey 300 C-2500ВМ to Tehran. Two divisions of these complexes this year have already been transported to Venezuela. Five complexes can go to Iran.

True, in this case it is necessary to do something with the very decree of Dmitry Medvedev, because he orders not to sell C-300 to Iran. Apparently, Putin has some thoughts about this law ... You can hang a nail on the toilet - as an option ...

By the way, the beginning of deliveries of their ZRS to Iran, Russia will immediately kill two birds with one stone: it will save itself from having to pay 4 a billion "bucks" to Tehran and discourage any desire of the West to replicate its "democratic springs" to external territories (unless, of course, by that time the victim - Syria and Iran is too tough).

Ctrl Enter
Noticed oshЫbku Highlight text and press. Ctrl + Enter
We are
Separatism in Iran. Will the country's unity destroy internal conflicts?Results of the week. “Look, the whole face is black! Have you ever read Moidodyr? ”
Military Reviewin Yandex News
Military Reviewin Google News
82 comments
Information
Dear reader, to leave comments on the publication, you must to register.