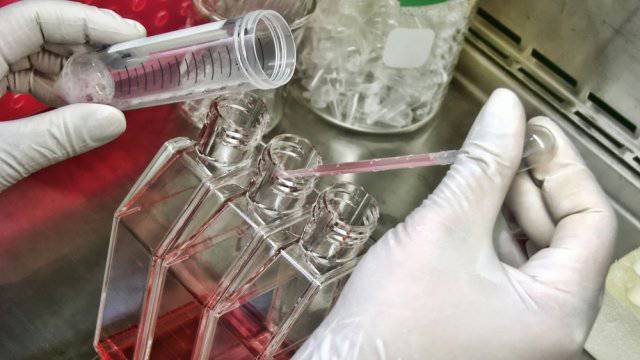 8.09.13. In the city of Merefa, there was an agitpost dedicated to informing its inhabitants about the danger that came to their land in the form of a Pentagon biolab in the Shelkostantion microdistrict. This was announced to the GMU by Gennady Makarov, the chairman of the Coordination Council of the Russian organizations of the Eastern Ukraine "Russian Veche", who took part in this action together with his activists ...

In 2005, the US Department of Defense and the Ministry of Health of Ukraine signed an agreement on the “Program to reduce the biological threat of the US Government”. It would seem that this treaty pursues good intentions, but the question arises: why is the country's Ministry of Defense, which is tens of thousands of kilometers away, ensuring the biosafety of our country, and why the Ukrainian Ministry of Health needed the help of the military department of a foreign country, while Ukraine inherited from the USSR? a very effective biosafety system that has been effective for decades? According to media reports, the EU commission worked in Ukraine in 2013, which inspected the sanitary epidemiological service of Ukraine and concluded that it is one of the most efficient in the world. We all know that in Ukraine over the past 90 years, no epidemics of particularly dangerous infections have been reported. Therefore, it would be most reasonable to strengthen the existing biosafety system that has been tested for decades. But the contract was signed, and the US Department of Defense began construction of its facilities in our country. The first objects were built on the basis of previously existing laboratories in the Crimea, Odessa, Dnepropetrovsk and seven more cities of Ukraine. All these objects were opened in secret from the public and the media, and after opening they were frozen. So why do the US Department of Defense need laboratories in our country? According to the representative of the Ministry of Health of Ukraine, academician of the National Academy of Sciences of Ukraine Sergey Komisarenko, the reference laboratories built under this agreement will be used to increase the level of biosafety and diagnostics of especially dangerous infections. At first glance, the intentions are good, but on the other hand, even from the point of view of a simple man in the street, why would the military department of distant America worry about the population of a poor state? So it is logical to assume that completely different goals are pursued. And it is spelled out in the contract itself.

Firstly, according to the contract, the construction of the reference laboratory provides for the transfer of all reference strains of infections stored in our laboratories and collections stored in our laboratories, which are the basis of diagnostics and production of vaccines and serums. These collections have been collected for decades and are national wealth.

Secondly, according to the agreement, the work of reference laboratories is controlled only by the US military, as these laboratories are military facilities of the United States. At similar laboratories in Georgia, Azerbaijan, and Uzbekistan, the directors are military officers or members of the security services. The activities of the laboratories are classified and do not have contacts with civilian medical institutions. So the assurances of officials of the Ministry of Health of Ukraine that they will be diagnostic are not consistent, but simply speaking - a lie! We were convinced of this this year, when the farmers of Ukraine had to send tissue samples of dead animals to Spain, and not to the already existing laboratory in Odessa.

Third, the construction of laboratories under this treaty allows the United States to fully control the biological situation in our country. 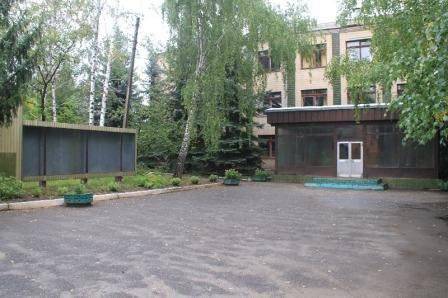 The Institute of Experimental and Clinical Veterinary Medicine, the scientific base of which will be used by the US military ...


So what exactly will these objects do? Based on the events of the last year, namely, the epizootic epidemic of swine plague on the territory of Russia, the analysis of which revealed that the virus, identified as Madagascar, was brought in from the territory of Georgia. How did the virus get from the island of Madagascar to Georgia? In 2006, this virus was introduced to a bacteriological laboratory in Georgia for research. And from 2006, he was in the hands of the American military in the territory of Georgia. Consequently, bacteriological weapon. This was also testified by the former adviser to President Saakashvili, Jeffrey Silverman, who in an interview with journalists fully confirmed this. The virus that came out from the Georgian laboratory is also called the “trade virus”. In a short time, he undermined the production of pork in the Krasnodar Territory, Rostov, Voronezh, Lipetsk, Belgorod regions and came close to the borders of Ukraine. The same virus can be considered as a marker, released to determine the speed of spread in a given territory, virulence and the ability to withstand it by sanitary and epidemiological services.

On the territory of Ukraine, work is being done on the creation of the Central Reference Laboratory. Three options for locating a CRL are being considered: in Kiev, in the Kharkiv region in the city of Merefa or a temporary CRL in Odessa made permanent. The Ukrainian authorities are lobbying for the first option, but the initial contract involves building a DLC from scratch, especially since the Odessa Temporary DLC is located in the dilapidated Mechnikov PMR (35% wear) and has more than a dozen building code violations and is simply dangerous to use. In 2007, Regional deputy Sivkovych raised the issue of banning the construction of such a laboratory in the city of Kiev. The reference laboratory under construction must meet at least three requirements:

2. Must be adapted to work with particularly dangerous human infections.

These requirements provide ideal conditions for “research” activities. The reference laboratory has as its goal and objective the study of the impact of pathogens on the environment and humans. The construction of such an object in a clean area will provide ideal conditions for the experiment to influence any single pathogen, since the accidental stratification of another pathogen is excluded and provides a clean line of research. Therefore, it is very important that in the area of ​​the biolaboratory for a long time the population was not exposed to any infections, which makes it possible for it to be an excellent experimental object. We are talking only about the population of clean areas, since it is the experimental material based on the specialization of the reference laboratory. And why do we need large storage facilities for pathogens? This question was answered by the US Department of Defense patent application to the US Patent Office for the registration of a device for spraying non-lethal pathogens placed at the disposal of the US Army. Where much is stored, there is a lot and is spent! 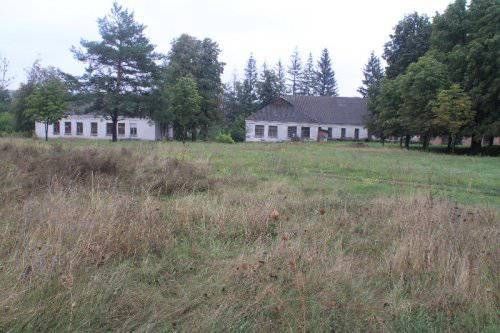 
Analyzing the placement of these laboratories of the US military, it is clearly visible that they are located along the border of the Russian Federation and may carry a potential threat to Russia. Taking into account the military doctrine of security of the Russian Federation, according to which Russia reserves the right to eliminate without warning in the territories of neighboring states objects threatening the security of Russia, the population of countries in the CRL location area becomes a human shield, therefore it is not accidental that the CRL site should be built in 15 kilometers from the 1.5 million Kharkov . In the event of an accident or sabotage, the CRL will suffer hundreds of thousands of people. As of the end of August in the city of Merefa, a construction site was chosen on a land plot owned by the NSC “Institute of Experimental and Clinical Veterinary Medicine”, freed from blue spruce trees, which have been growing there for more than 20 years and soil samples have been taken. Conceptual project №3079-00-KP was approved by the Ministry of Health of Ukraine and approved as the basis for the creation of a working draft. Residents of Merefa are deeply outraged by the plans to build a CRL. Signatures were collected and letters were sent to all instances, including the president. Answers were received in the form of formal formal replies, but despite this, residents of Merefa, Kharkiv and Kharkiv region continue their active struggle against the construction of a US military base in our country. If the central reference laboratory is built, then the entire network of existing laboratories will work.

Thus, the population of our country can become a hostage of the destructive forces of the builders of the New World Order and disappear from the face of the earth.

Leaflets with such text were distributed on the territory of Merefa and Shelkostation.

Countrymen! The authorities betrayed us again!

On the territory of the city of Merefa, the US Department of Defense, in violation of the Constitution of Ukraine prohibiting the construction of foreign military facilities, plans to build a central reference laboratory 3 of danger level for working with especially dangerous pathogens. Conceptual project No. 3079-00-KP was approved by the Ministry of Health of Ukraine and approved as the basis for the creation of a working draft, and this despite the fact that the population strongly opposes the construction of this facility. The 3-4 laboratories of hazard levels are military objects and are designed to create bacteriological weapons, whereas the tasks of protecting the population from bacteriological threats, controlling the epidemiological situation, diagnostics and prevention are performed very successfully by the now-civilian laboratories of 1-2 Soviet time. In the emerging opposition of the population and accomplices of NATO, construction supporters emphasize that this DLC is diagnostic and will improve the epidemiological situation in the region, that there are no such laboratories in Ukraine and this will be the first such level. The military laboratory cannot be diagnostic because it is closed object, and the diagnosis involves close cooperation with civilian practical medicine. An example of this may be a CRL built by the US Department of Defense in Georgia where all military personnel with a diplomatic mustache. If the CRL we needed here, then it would have been built in Soviet times. In Soviet times, the state paid great attention to biosafety in connection with the confrontation in the world, the construction of defense facilities was given priority attention and therefore everything necessary to protect the population was built and everything worked without failures. In Ukraine, not a single laboratory of 3-4 hazard levels was built because their construction in the area where people live is prohibited, including in the USA. Such laboratories are built in remote places or on uninhabited islands. In modern Ukrainian civil legislation, there are no rules regulating the construction of such facilities, which means that construction is regulated by other laws, and because of their inaccessibility, we can assume that they belong to the military department. Lobbyists blame the population for not understanding the issue, but there are a lot of people among the population who have been associated with these issues or are working in this area now and know much more about this than the authorities and newly minted people from science, many of whom have bought jobs, scientists degrees and titles. The question arises about the competence of those people who push through this project and put mortal danger to the lives of the people of Ukraine and their own lives. Or do they think that the Americans will give them the opportunity to escape? Or did the money that the Americans gave to the construction put their mind to trouble and they decided to commit suicide, dragging the whole Ukrainian people with them? Stop! Or the people to whom you do not give a choice will stop you!