HPV-2020 is weak in aircraft weapons


Of course, one of the main events in the field of military construction in Russia that took place in the second decade of the 21st century was the adoption of the State Armaments Program (LG) for the period up to the 2020 of the year. This system document, as the name suggests, creates the basis for re-equipping the Armed Forces (as well as other law-enforcement agencies) with new equipment in order to bring its indicator to 70 percent to 2020. Despite the fact that the first three years of the program were distinguished by unprecedented expenditures on the development of the army by post-Soviet standards, the structure of the program cannot but raise questions.

Let us leave behind the internal contradictions of the program and its relatively “loose” appearance, as well as the fact that it is already not being implemented in an obvious way and the deadlines for its implementation are being rolled “to the right”. Not to mention the fact that the development of its "changer" - LG for the period up to 2025 year.

But perhaps equally important is the content of the program. Of course, the open data reflects only a part of the nomenclature of the developed and purchased equipment, but even the voiced information leaves many questions. Obviously, the primary task that the current SPO was solving was the earliest possible saturation of the troops with equipment, since the one in service was rapidly becoming obsolete both physically and morally, while the level of threats did not become lower. One of the priorities today is the re-equipment of strategic nuclear forces and military space forces, which is also beyond doubt (although the question of the correctness of the chosen paths remains open, for example, the active development of the naval component of the strategic nuclear forces and the creation of new types of intercontinental ballistic missiles). 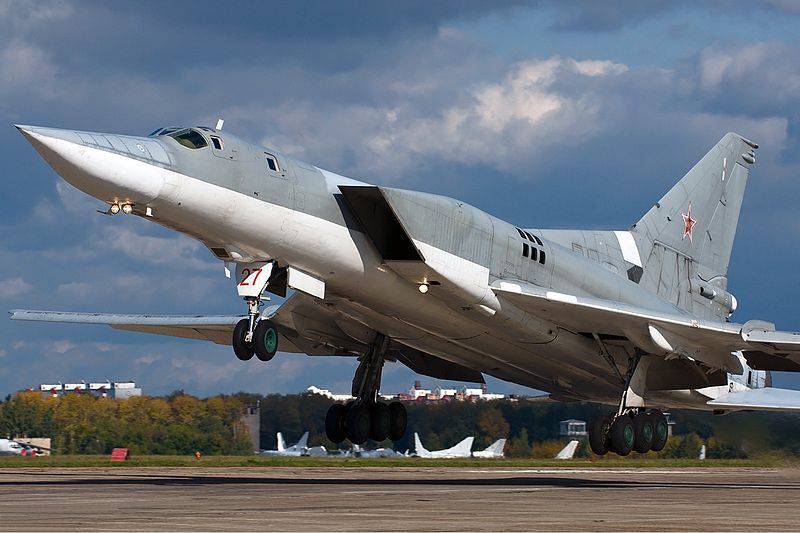 But in terms of the procurement of conventional weapons, the discussion field is much wider. It seems that the developers of the HPV-2020 went a special way, taking into account current trends abroad a little and without taking into account the numerous conflicts that the Western armies went through. Perhaps, this was most apparent in the area of ​​purchasing equipment for the Russian Air Force.

As can be seen, considerable emphasis has been placed on the purchase and modernization of new platforms. Without denying the very fact of the need to update the aircraft fleet, one can ask about its adequacy to modern realities in the light of foreign trends.

So, some doubts are caused by the purchase of such a significant number of highly specialized aircraft as the Su-34. Against the background of the fact that the leading countries of the West are striving to reduce the heterogeneity of aircraft and to a large extent focus on expanding the multifunctionality of a specific platform (F-35, Eurofighter, Rafale), this largest air force procurement program for today actually reproduces the concepts and approaches of 80. when a technical assignment was issued for the bomber modification of the Su-27 airborne assault fighter. It seems that in modern conditions such an expensive aircraft with an armored cabin, presented as one of the main advantages of this type, looks redundant for most tasks that easier and cheaper platforms can handle. In this regard, I would like to remind you that even the United States is currently considering the cancellation of such highly specialized aircraft as the A-10 Thunderbolt II attack aircraft and the B-1B strategic bomber.

The fate of the latter type of American aircraft is very indicative precisely in the light of modern Russian realities. This strategic bomber, after removing the AGM-86 missiles from its armament and equipped with a Sniper hanging container, turned into a carrier of guided and free-falling bombs, becoming the largest direct support aircraft in the world, for which it was appreciated by the US troops in Afghanistan. But still, the use of such an aircraft for tactical purposes is very expensive, and the B-1B in modern conditions has turned into a "suitcase without a handle" for the United States. This forces us to carefully look at what is happening in Russia with a strategic and distant aviation. Thus, an expensive modernization of strategic Tu-160 bombers is underway so that they can use free-falling bombs on tactical targets as well. The purpose of this event is more than unclear, given the sad experience of using long-range Tu-22M3 bombers in the Russian-Georgian conflict. And at the same time there are doubts about the possibility of bringing modern strategic missiles X-160 and X-101 into the missile compartments of the Tu-102. A similar program exists with respect to the Tu-22M3 long-range bombers, which would just more naturally look like domestic counterparts of the B-1B, but in the absence of analogues of a hanging target designation container, the capabilities of these aircraft will be incommensurable.

This example is very eloquent, as it shows the real weakness of the LG-2020 in the field of aircraft weapons. It seems that having paid considerable attention to the platforms, behind the scenes, at least in the public field, there were questions of the development of high-precision destruction systems and systems for intelligence and target designation.

When listing the planned to purchase aircraft platforms, we deliberately did not mention unmanned aerial vehicles (UAVs). The situation with this type of weapon in Russia is not optimistic, and the recent exhibition of available samples in Alabin once again showed the sad state of affairs in this area. However, the absence of not even the platforms themselves, but the weapon systems for them (if we are talking about shock machines), is no less of a concern. As you know, at the end of 2012 - the beginning of 2013, Transas CJSC received a technical assignment from the military to create a drone BLA. However, it became known that the heavy impact drone will also be developed by the Sukhoi Design Bureau. Even if we omit the potential problems with the development of the platforms themselves, it remains unclear what these vehicles will be armed with. In Russia, there are no light guided missiles similar to those of the American AGM-114 Hellfire or the British Brimstone, launched on the principle of "Let me go and forget." Our “Attack” and “Whirlwind” anti-tank missiles produced by us need a massive and heavy guidance and target designation system, therefore their actual use is limited to a narrow range of helicopter platforms.

The situation is similar with guided bombs similar to those of the American GBU-39 (SDB) and JDAM. Only in 2011, the State Research and Production Enterprise Region presented the Russian equivalent of SDB - the KAB-250 guided bomb, but the status of the program is unknown for today. However, even the presence of light guided bombs can do little in the absence of a suspension target designation container, of which there is no serial sample in Russia at present. It was only in July of 2013 that it became known that OJSC PO Ural Optical Mechanical Plant had begun factory testing of such a container, and it is unclear when it will be put into series.

Obviously, the exact defeat of the target is impossible without intelligence and target designation. In this area, HPV-2020 also does not provide answers to questions.

During local conflicts in Afghanistan and Iraq, Western countries gradually tended to purchase relatively cheap aircraft platforms for reconnaissance of the battlefield and electronic reconnaissance (US MC-12W, British Sentinel) based on business jets and light passenger aircraft. They turned out to be better adapted to local conflicts than the EU-130, E-8 JSTARS or Nimrod MR2 heavy systems, which, despite the presence of more powerful reconnaissance systems, were very expensive to operate.

In Russia, it was only in 2013 that the development of the first Tu-214Р radio engineering and optical electronic reconnaissance aircraft was completed, which is a crude analogue of the American E-8 JSTARS. But before he passed the final tests, he was reportedly not satisfied with the Ministry of Defense, primarily on such indicators as the duration of the flight, and, apparently, on the price and performance of the onboard complex. Most likely, the series of these aircraft will be limited to two copies, and at this time the Russian Air Force is engaged in the overhaul and modernization of the honored veterans Il-20, again relatively large and heavy aircraft.

Nothing is known about the potential order of reconnaissance systems on the basis of lighter platforms (An-140, An-148, L-410) except for the fact that the order of the Defense Ministry is An-140 for the ROC "Tenant" (in fact, for photo scout).

Thus, even a cursory analysis of the available data on the filling of the LG-2020 in terms of aircraft armament suggests that it again focuses on the purchase of strike platforms. In the absence of high-quality and operational reconnaissance for them, outboard sighting containers, as well as guided weapons, they will have to enter the zone of the enemy’s tactical air defense and incur higher losses, despite the presence of sophisticated airborne defense complexes.

This seems to be a rather serious disadvantage of the existing LG, which, hopefully, will be corrected in the LG-2025 being developed.

Ctrl Enter
Noticed a mistake Highlight text and press. Ctrl + Enter
We are
Commentary on A. Petrov's interview “Fire and Tactics in the Russian Army: Another Look”Military reform as an integral part of the security concept of the Russian Federation: Systematic dynamic assessment
29 comments
Information
Dear reader, to leave comments on the publication, you must to register.