Damocles sword over Damascus. Strikes on Syria do not solve security problems in the Middle East 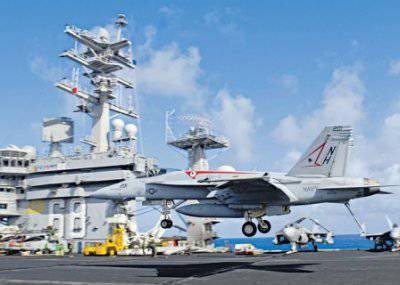 The situation around Syria and the possible attack on it still looks extremely alarming. There are no guarantees that President Obama will not give the order to strike, which may cause a final collapse of the situation in this agitated region.


However, there are a number of considerations that suggest that not everything is as simple as it looks on the TV screen. Obama behaves extremely uncertainly, despite the ominous rhetoric. All this looks quite unusual, especially if we recall the beginning of America’s previous wars and the aggressive pressure of propaganda in front of them. This time it's not like that. And there are reasons for this.

The processes that began in 2011 year, which were very quickly called the Arab spring, had and continue to have a powerful layer of objective internal reasons. The economic crisis that began in 2008 only aggravated them and led to an explosion. President Obama took advantage of the Arab Spring to launch his own project to reformat the Middle East, in which the Muslim Brotherhood movement played an important role. It was the US tool to establish a "new order". The meaning of the establishment of this order looks rather unobvious, however, caused by iron necessity. The war in Iraq and Afghanistan, which cost the United States more than 2 trillion. dollars, significantly undermined their power, and most importantly - forced them to "hang" in this swamp, not allowing the maneuver of his military machine. The main danger for the United States is now coming from China, and an attempt to cut it off from the resource base of the Middle East with direct actions such as the introduction of troops into key and significant countries in the region failed.

China began a powerful penetration into those countries and regions in which the United States was weakly present, and the Europeans could not offer them effective resistance.

First of all, we are talking about Africa, whose huge raw materials reserves have been the subject of close attention to the booming Chinese economy. Having entrenched in the Middle East, the United States could no longer threaten Chinese interests in other regions of the world - the same Africa, Latin America, and indeed, in the Middle East, the Chinese felt not so bad, having established a partnership with the oil industry. giant iran.

The withdrawal of the US Army from the region has become imperative. Obama won his first election precisely on the slogan of ending the war and the withdrawal of American troops.

However, no one was going to leave the region. It was about finding a new alternative to a direct American presence and creating an environment unfriendly to Chinese interests in this region. Corrupt and irremovable secular elites of the Arab countries could not become an effective substitute - and therefore Obama relied on aggressive Islamism, giving it the most favored regime in its policies.

The bet on the "Muslim Brotherhood" in this sense looked the most promising. The “Brothers” set themselves the task of building a single pan-Arab, and in the long term - a pan-Islamic state, focused on the protection of Islamic values ​​in their fundamental reading. This process had to be accompanied by the complete reformatting of the existing borders, and therefore by continuous revolutions and wars.

In this case, the region would long be plunged into the chaos of confrontation, in which the maintenance of normal economic and economic activities would be unthinkable, and weak state formations would remain under the control of the United States through a network of existing bases and several satellites - such "looking" for the region. Among them - Qatar and Israel. The climax of the defeat of the region was to be the crushing of Saudi Arabia and Iran with their subsequent territorial dismemberment.

However, Obama did not take into account the fact that any revolution always ends in counter-revolution. The Arab spring, which was going in full accordance with his plans, has been going in that direction for almost two years. Processes began to spin out of control simply due to their scale. So far, the Obama scenario has never been implemented anywhere, so there was no proven methodology and process technology. Islamists, who previously could be controlled through supplies weapons and financing, now gained strength and power, especially after the crushing of the Gaddafi regime. Now they no longer need custody, and absolutely uncontrolled Salafi radicals have come to the fore instead of the relatively moderate, although quite aggressive, Muslim Brotherhood.

Al-Qaida, which was a tool in the former policy of the United States, turned from an object of politics into its subject - and the US plans gradually began to undergo erosion, the further, the more. The key point in the collapse of Obama’s policy was the assassination of the US ambassador to Benghazi. At this point, apparently, Obama decided to replace the entire strategy.

The US goal remained the same - exit and refusal from direct participation in the affairs of the region. However, it took to change the tool - to a more predictable, even less manageable. Iran should have become such an instrument.

Iran is the regional adversary of a key US ally in the Saudi Arabia region. And the Saudis very quickly came to the conclusion that the cautious attempts that had begun for reconciliation and rapprochement between the United States and Iran threatened them with an early collapse and loss of statehood. Moreover, the United States did not hide the fact that Saudi Arabia, in all their plans, had to eventually split into several historical areas.

For the kingdom, the question of survival has become the key, and the war in Syria has become an instrument of this survival. The collapse of the Assad regime meant a significant weakening of Iran’s position in the region, a rupture of the “Shiite” belt from the Lebanese Hezbollah, a moderately secular, but nonetheless Alawite Assad regime, the solid Shiite government of Iraq and a clerical-fundamental Iran.

The cruelty of the war in Syria is connected with this, although several key factors have certainly intertwined in it at once - geo-economic interests, geopolitical, and to a certain extent geo-cultural ones.

The United States in the war in Syria pursued several goals, one of which was the massive extermination of the Salafis hostile to its plans. Assad, fighting for the survival of the country, carried out this plan by the United States on an industrial scale. The colossal losses of militants who are unable to resist militarily against the Syrian army, which, moreover, gained experience during the war, fully responded to Obama’s plans. The intensity of the conflict was regulated by quite trivial methods of regulating the supply of arms and the financing of the militants. Of course, the processes were very large-scale, and not without failures, but in general, the task was carried out.

The US’s task in this war was also the depletion of Saudi Arabia. Not so much the depletion of its financial resources as human resources — for the survival of the kingdom, the huge masses of Salafi militants were a resource that provided militarily far from powerful militant Saudi Arabia with Iranian immunity.

The culmination of the war in Syria was to be a peace conference, which would recognize the continued existence of Syria Assad as an independent, but weakened and exhausted by the war state, after which the United States could share the region with its new leader - the winner in the Syrian war Iran. Following this war, Iran became an unquestionable contender for the main role in the entire Middle, and possibly the Middle East. After this, he had to finish off the losers, and first of all Saudi Arabia, which again had to lead to the desired result for the US - the emergence of a powerful local conflict, but at the interstate level. What made it difficult for China to master the resources of the region, but at the same time released the US military power to reorient it to the region of Southeast Asia, to China’s vulnerable underbelly.

A provocation in Eastern Gut using chemical weapons turned out to be completely unexpected for Obama and took him by surprise. This became apparent after a week of silence and a completely indistinct speech in which he seemed to be in favor of punishing the guilty, but did not dare to take responsibility for himself and passed the decision on the beginning of the war to Congress.

From this it follows that Obama categorically does not want to fight in Syria. Just because then about any rapprochement with Iran there can be no talk. And all subsequent plans again fly to hell. The pause, taken before 9 September, will obviously be used to try to conceal undercover struggle to convince congressmen to ban military actions for Obama. Obama will pursue the same goal at the G20 meeting, where he will give to persuade himself the leaders of world leaders to resolve the issue peacefully and diplomatically.

Nevertheless, the probability of hitting Syria is very high. Obama cannot afford to appear weak - they do not negotiate with the weak, and Iran is very sensitive about the situation.

Obama is required to show remarkable skill and walk along the thin line that separates him from irreparable decisions. Not the fact that it can - and then a military conflict is inevitable. In this case, his plans are destined to undergo a third rethinking, and it is not necessary that he succeeds.

Ctrl Enter
Noticed oshЫbku Highlight text and press. Ctrl + Enter
We are
About Stalin and KhrushchevWhat you didn't want to know about England
Military Reviewin Yandex News
Military Reviewin Google News
27 comments
Information
Dear reader, to leave comments on the publication, you must sign in.